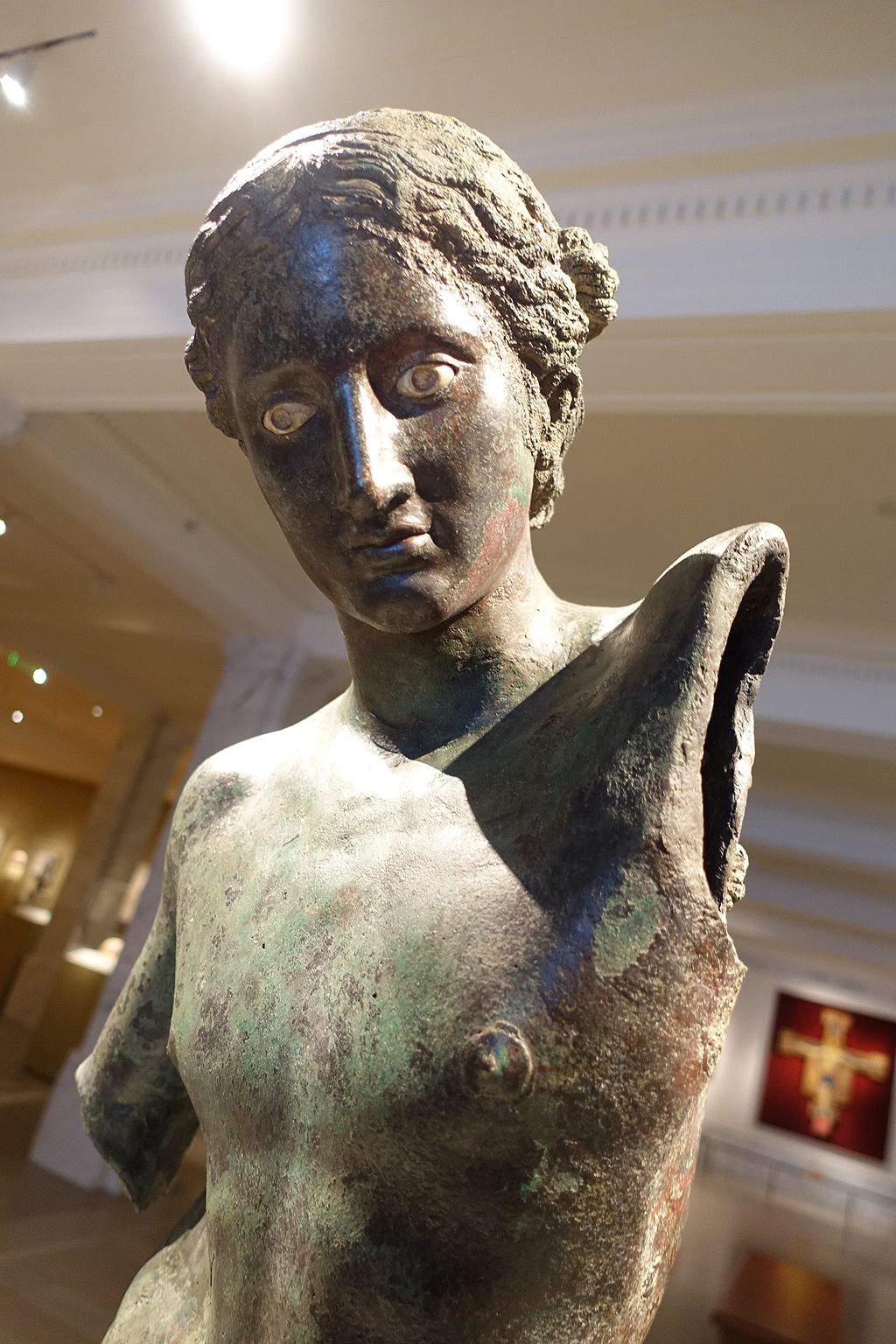 Several Roman marble copies dating 100 – 200 AD of the original Greek sculpture have survived. The statues depict a young male about to catch a lizard climbing up a tree.

Marble copies of the Apollo Sauroktonos can be found in the collections of the Louvre Museum, the Vatican Museums, and the National Museums Liverpool. 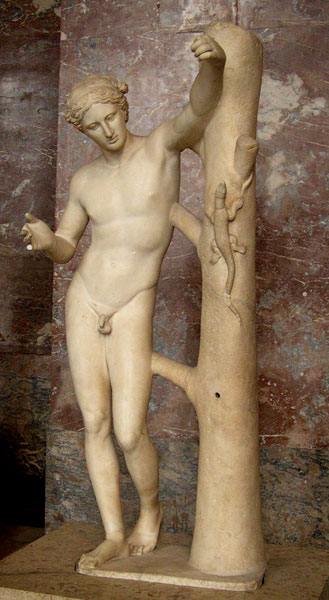 Apollo Sauroktonos in marble, a Roman copy from the 1st–2nd centuries AD after a Greek original from the 4th century BC from the Louvre Museum

The Greek bronze statue features Greek techniques in the way the sculpture was cast, the copper inlays of the lips and nipples and the stone insert for the undamaged right eye are consistent with a date in the 400 BC. 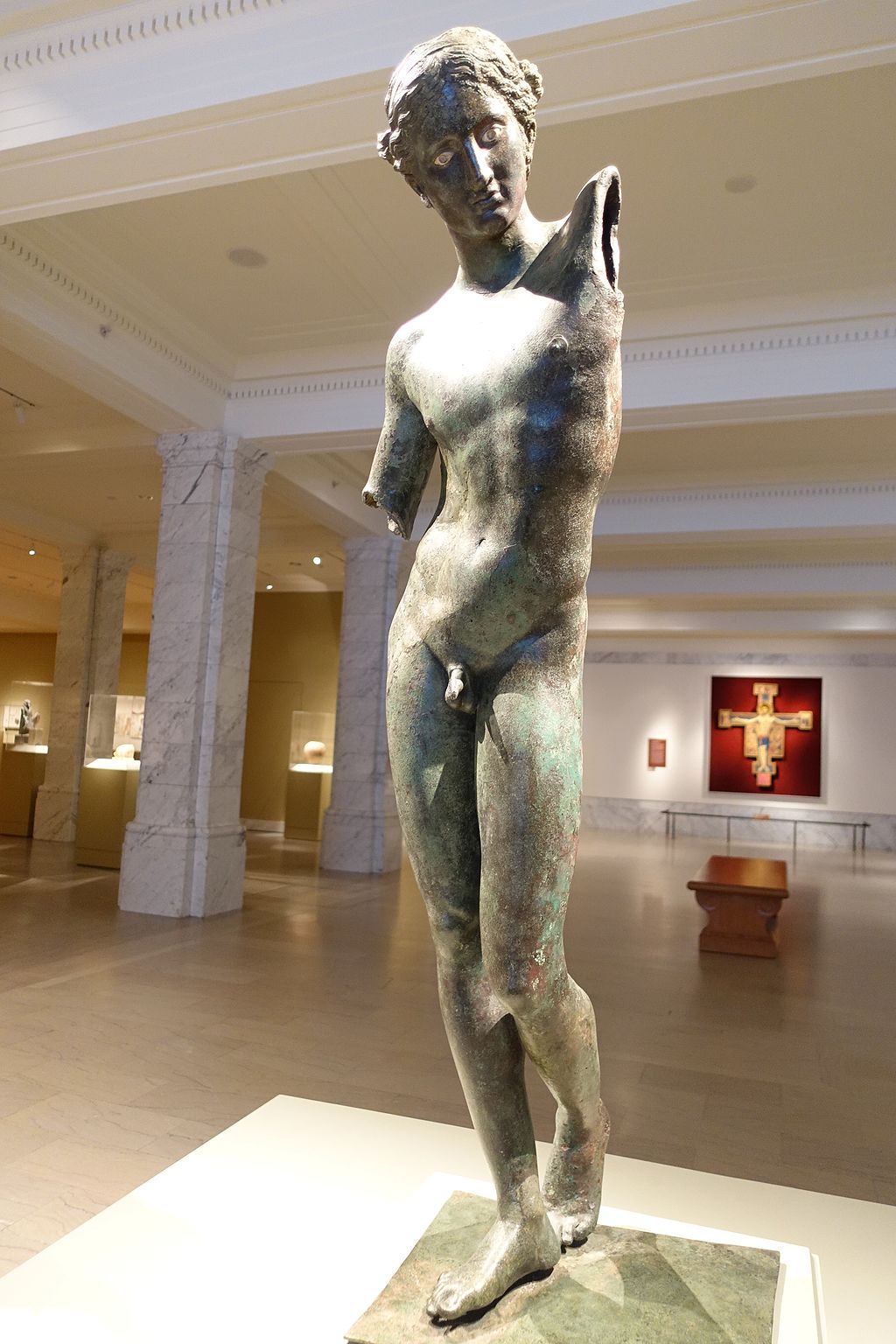 This bronze is thought to have been created by Praxiteles about 350 BC with androgynous sensuality and gracefully curved poses, which were a hallmark of his style.

This bronze is the only large Greek bronze statue that can be attributed to the master Greek sculptor, Praxiteles. His famous “Aphrodite of Knidos” introduced the life-size nude female figure to Western art.

The Aphrodite of Knidos, a Roman marble copy of a Greek original, introduced the life-size nude female figure to Western art. (The Ludovisi Cnidian Aphrodite at the National Museum_of Rome – Palazzo Altemps)

The most beautiful large classical Greek statues were bronzes. Unfortunately, most ancient bronze statues have been lost or were melted down to reuse their valuable metal during periods of war.

This “Apollo the Python-Slayer” partially survived the ravages of time, and with it, we can enjoy and marvel at the sculpture of ancient Greece.

Apollo and the Oracle of Delphi

A Tour of the Cleveland Museum of Art

The Oracle of Delphi – The Temple of Apollo

“The words of Mercury are harsh after the songs of Apollo.”
– William Shakespeare