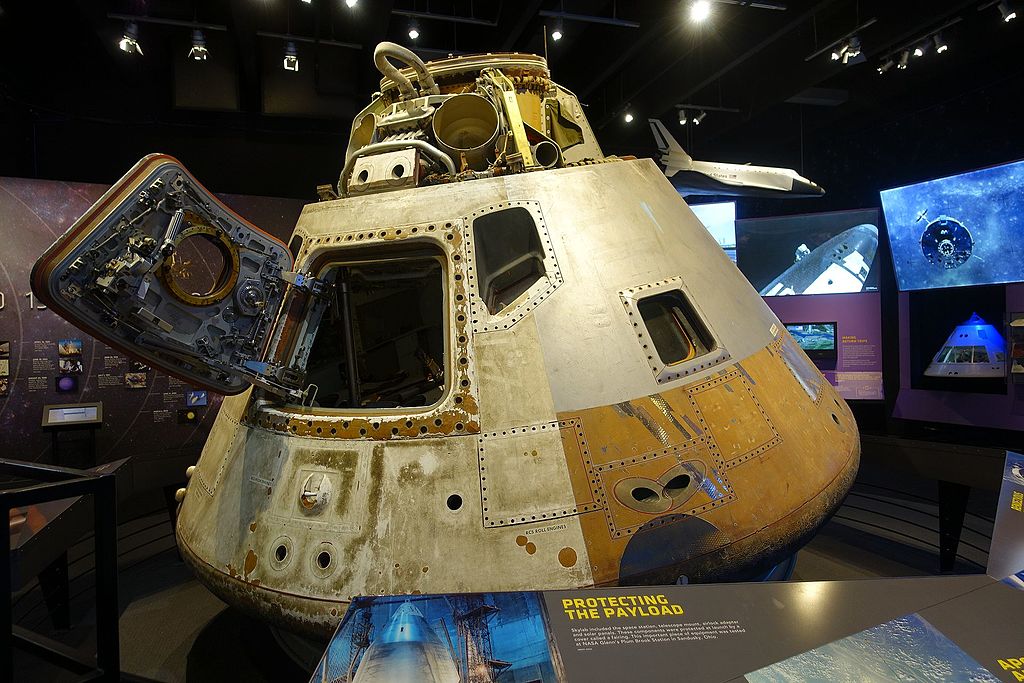 Skylab 3 was a manned mission to the first American space station, Skylab. The mission began in 1973, with the launch of three astronauts on the Saturn IB rocket and ended when the astronauts returned in this Apollo Command Module used on Skylab 3.

The Command Module is essentially a cabin that housed a crew of three and equipment needed for re-entry and splashdown.

The Skylab 3 mission lasted 59 days, 11 hours and 9 minutes during which the Skylab 3 crew performing scientific experiments in medical activities, solar observations, Earth resources and many other experiments.

The Thermal Protection (Heat Shield) on the outside of the CM protected the capsule from the heat of reentry, which is sufficient to melt most metals.

The Command Module provided the controlled entry (or reentry) of the spacecraft and was capable of being navigated or following a predetermined course. Technologies and procedures allowing the controlled atmospheric “entry, descent and landing” of spacecraft are collectively abbreviated as EDL.

Splashdown is the method of landing a spacecraft by parachute in the sea. It was used by American manned spacecraft prior to the Space Shuttle program. The capsule parachutes into an ocean and the water cushion the spacecraft enough that there is no need for a braking rocket to slow the final descent.

“I believe that this nation should commit itself to achieving the goal, before this decade is out, of landing a man on the Moon and returning him safely to the Earth.”
– President John F. Kennedy