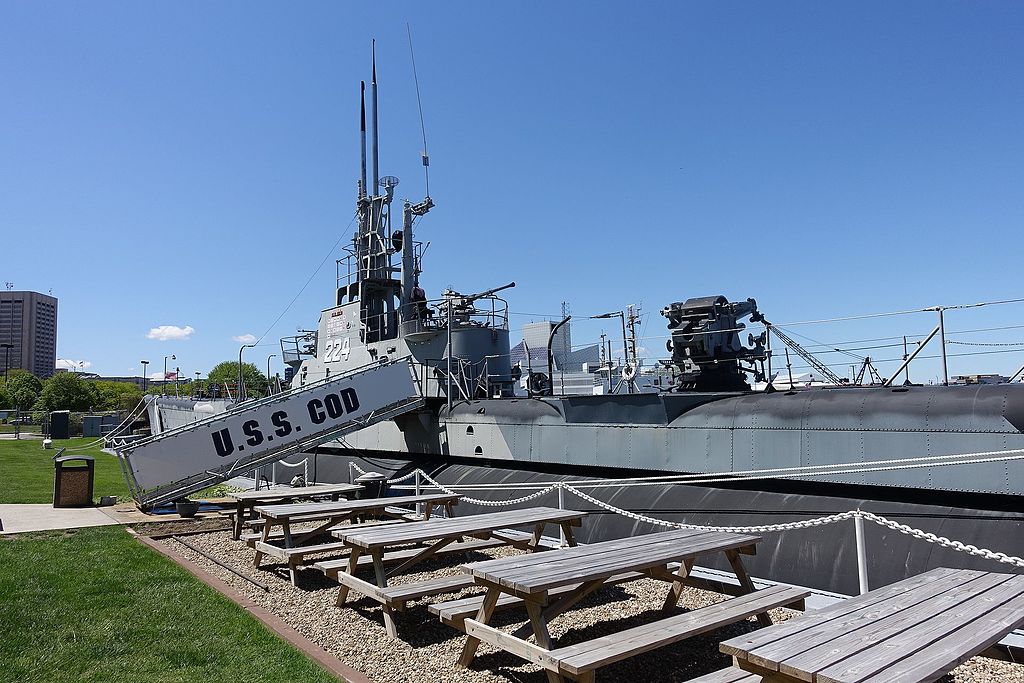 The USS Cod, a Gato-class submarine, was commissioned in 1943 and fought in World War II and participated in training exercises during the Cold War. Today it is a Museum Ship and a US National Historic Landmark.

The 5-inch, 25 caliber Wet Gun on the Main Deck, has a stainless steel liner inside the barrel to resist corrosion from seawater.  This Gun was designed so that it can be submerged and flooded without harm to the Gun.

The barrel is 125 inches long, and the diameter of the projectile is 5 inches. The rolling of the Submarine’s deck makes a more extended barrel of little value as accuracy requires that a gun be held steady while aiming and firing. 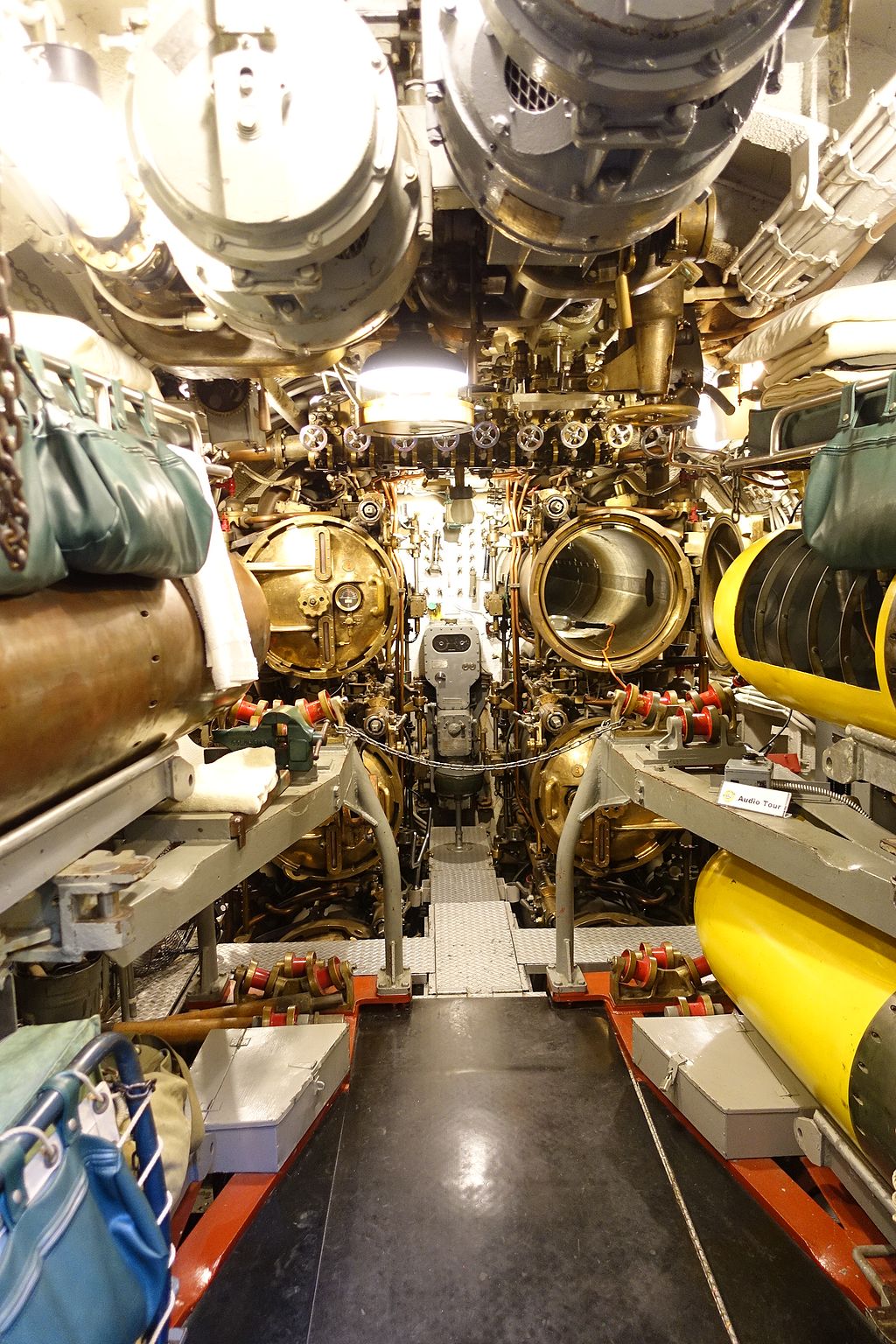 The Forward Torpedo Room served as both a torpedo handling area and a berthing area for 15 crewmen. The forward and after torpedo rooms were the preferred sleeping quarters because the rooms were quieter and cooler than the main crew berthing compartment amidships. The bunks were mounted in the spaces between the torpedoes.

The Mark 18 electric torpedo. Eighteen feet long, 21 inches in diameter, weighs approximately 3,000 pounds and has a speed of 30 mph. The Mark 18 torpedo has a 600-pound warhead in the nose and can travel for a distance of about 2.5 miles.

The Forward Torpedo Room has six torpedo tubes. When leaving on war patrol, the tubes are each loaded with a torpedo, and the rest were stored on racks in the torpedo rooms allowing a total of 24 torpedoes.

A Tour of Military and War Museums and Memorials

“Of all the branches of men in the forces, there is none which shows more devotion and faces grimmer perils than the submariners.”
– Winston Churchill