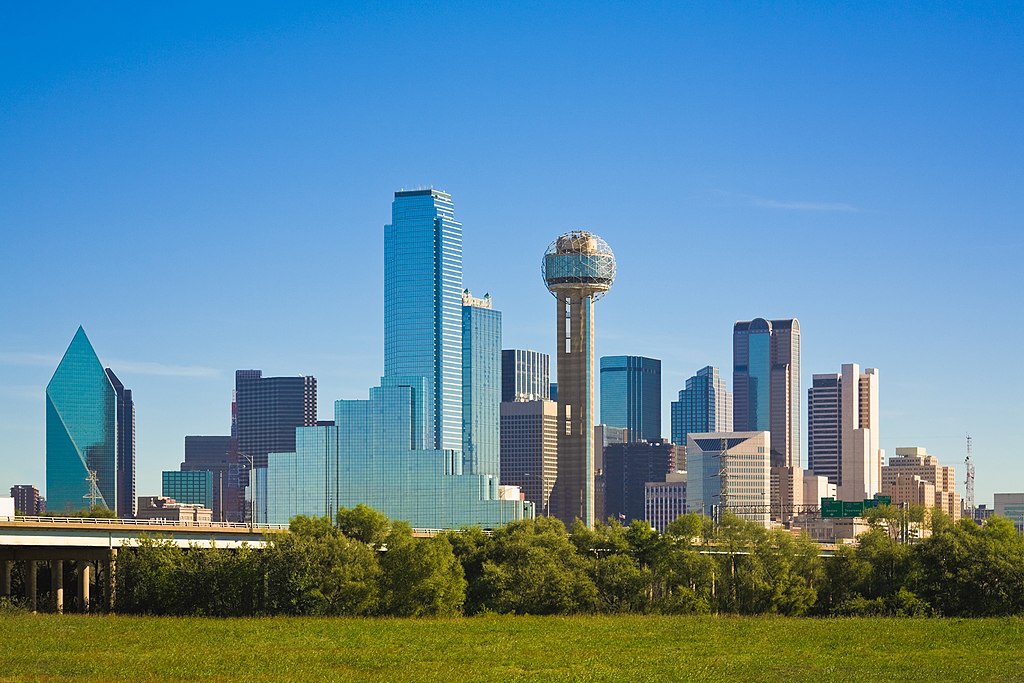 Virtual Tour of Museums in Dallas

Dallas, Texas, and nearby Fort Worth were initially developed due to the construction of major railroad lines through the area allowing access to cotton, cattle, and later oil in North and East Texas.

The development of the Interstate Highway System reinforced Dallas’s prominence as a transportation hub. Dallas then developed as an active industrial and financial center and a vital inland transportation port.

Preceded by thousands of years of varying cultures, the Caddo people inhabited the Dallas area before Spanish colonists claimed the territory of Texas in the 18th century.

Later, France also claimed the area. The area remained under Spanish rule until 1821 when Mexico declared independence from Spain, and the area was considered part of the Mexican state.

In 1836, Texians, with a majority of Anglo-American settlers, gained independence from Mexico and formed the Republic of Texas.

In 1841, a permanent settlement named Dalla was established. A few years later, the Republic of Texas was annexed by the United States in 1845, and Dallas was formally incorporated as a city in 1856.

Today, the Arts District in Downtown is home to several arts venues and is the largest contiguous arts district in the United States.

Notable sites in the area include the Dallas Museum of Art; the Morton H. Meyerson Symphony Center, home to the Dallas Symphony Orchestra and Dallas Wind Symphony; the Nasher Sculpture Center; and the Trammell & Margaret Crow Collection of Asian Art.

The Perot Museum of Nature and Science is a natural history and science museum. Also, in the north of the area is the Meadows Museum.

Highlights Tour of Museums in Dallas

The Dallas Museum of Art is an art museum with a collection of over 24,000 objects, dating from the third millennium BC to the present day.

The Dallas Museum of Art (DMA) is located in the Arts District of downtown Dallas, Texas, and it is one of the largest art museums in the United States.

Perot Museum of Nature and Science

The Perot Museum of Nature and Science is a natural history and science museum consisting of two campuses located in Victory Park and a secondary campus in Fair Park.

The Victory Park Campus, which opened in 2012, has six floors and stands about 14 stories high. It houses 11 permanent exhibit halls as well as six learning labs.

The Fair Park campus is located in the original Museum of Natural History building constructed in 1936 for the Texas Centennial Exposition.

The Nasher Sculpture Center exhibits modern and contemporary sculptures. The Center features rotating exhibitions drawn from its permanent collection as well as special exhibitions in its indoor and outdoor galleries.

The Nasher Sculpture Center also participates in the Dallas Arts District events and festivities together with the Dallas Museum of Art and other creative institutions in the area.

The Sixth Floor Museum at Dealey Plaza is located at the very spot from which Lee Harvey Oswald, the presumptive assassin, shot and killed President Kennedy in 1963.

The museum uses historic films, photographs, artifacts, and displays to document the events of the assassination.

The Museum is located on the sixth floor of the Dallas County Administration Building, formerly the Texas School Book Depository, in downtown Dallas, overlooking Dealey Plaza at the intersection of Elm and Houston Streets.

The museum examines the life, times, death, the government investigations that followed, and the historical legacy of the tragedy of United States President John F. Kennedy.

The Meadows Museum is an art museum on the campus of Southern Methodist University (SMU). The museum houses one of the largest and most comprehensive collections of Spanish art in the USA.

The museum also exhibits a significant collection of Goya’s graphic works and sculptures by twentieth-century masters, such as Rodin, Giacometti, and Moore.

The Museums of Dallas, Texas

“Life is not about how fast you run, or how high you climb, but
how well you bounce.”
– Texas Proverbs