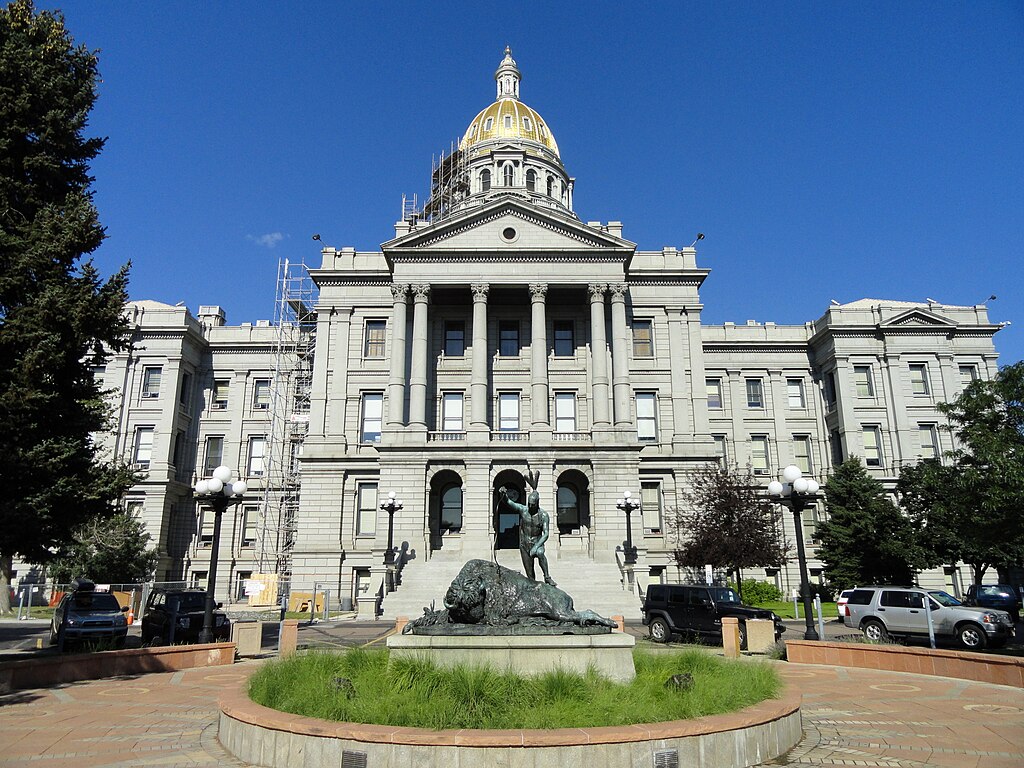 Denver is located east of the foothills of the Rocky Mountains and is on an elevation one mile (1600 meters) above sea level.

During the 1858 Gold Rush, a group of gold prospectors from Kansas established a mining town, which became the first historical settlement in what was later to become the city of Denver.

The Colorado Territory was created in 1861, and Denver City was incorporated the same year.

Denver City, in 1867, became the acting territorial capital, and in 1881 was chosen as the permanent state capital soon after Colorado was admitted to the Union.

Denver is home to a wide range of nationally recognized museums, including the Denver Art Museum. The Denver Museum of Nature and Science houses aquamarine specimens and examples of the state mineral, rhodochrosite.

Virtual Tour of Museums in Denver

Virtual Tour of Museums in Denver

The Denver Art Museum is an art museum is known for its collection of American Indian art, and its other collections of more than 70,000 diverse works from across the centuries and world.

The Denver Museum of Nature & Science is a natural history and science museum with a wide variety of exhibitions, programs, and activities focused on the natural history of the world.

The museum’s collection includes over one million objects in natural history and anthropological materials, as well as archival and library resources.

The Anthropology Collection contains over 50,000 objects and is made up of archaeological and ethnological artifacts. Additional holdings include the Ethnological Art Collection, and photographs and archival documents.

The Molly Brown House Museum was the home of American philanthropist, activist, and socialite Margaret Brown. She was known as “The Unsinkable Molly Brown” because she survived the sinking of the Titanic.

The museum is her former home and exhibits and preserves the history of her life and that of historic Denver.

The house was built in the 1880s incorporating several popular styles of the period, including Queen Anne style architecture. The house was purchased by Margaret’s husband, in 1894.

In 1926, Margaret turned the home into a boarding house, which was later sold after Margaret’s death in 1932. In the 1970s, Historic Denver was established to raise funds to restore the home and preserve it as a museum.

The History Colorado Center is a museum dedicated to the history of the state of Colorado. The Center’s exhibits feature hands-on learning using engaging stories and techniques.