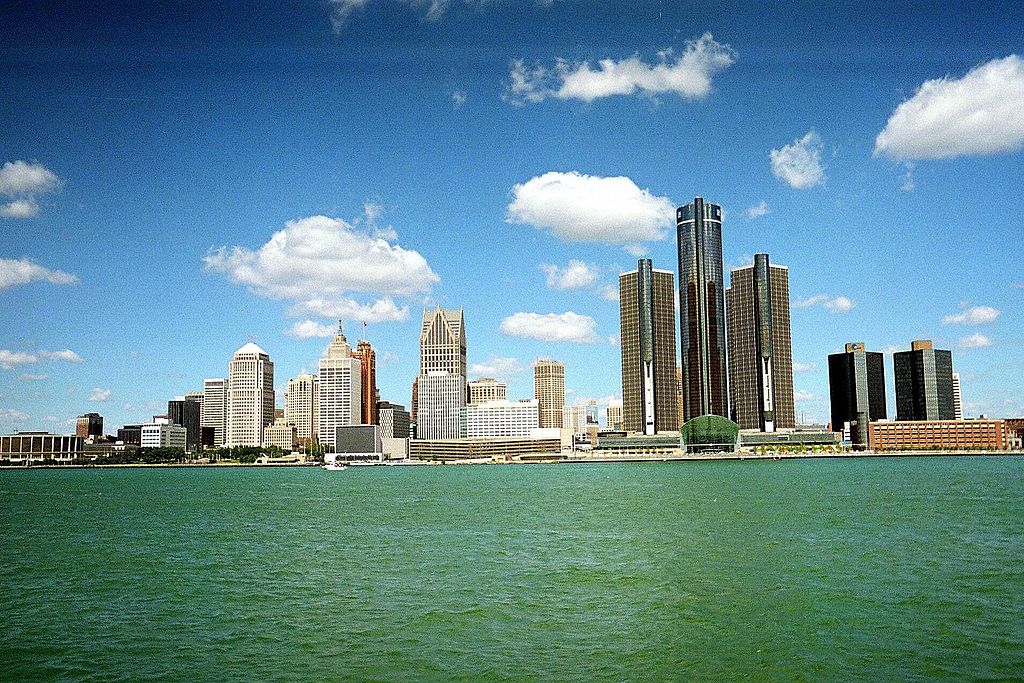 Detroit is the largest city in Michigan and is known for its contributions to music, art, architecture, design, and the automobile industry.

Detroit is best known as the center of the automobile industry, with General Motors, Ford, and Chrysler all headquartered in Detroit.

The city is also a major port located on the Detroit River, and its airport is one of the most critical hubs in the United States.

Detroit and its neighboring Canadian city Windsor are connected with transport links that make it the busiest international crossing in North America.

Detroit’s diverse culture, particularly in music, gave rise to the genres of Motown and techno and played an essential role in the development of jazz, hip-hop, rock, and punk music.

Many of Detroit’s prominent museums are located in the historic cultural center around Wayne State University and the College for Creative Studies.

Virtual Tour of the Museums in Detroit

Highlights Tour of the Museums in Detroit

The museum’s collection from around the world spans cultures and art from ancient Egyptian and European works to contemporary art. The armor collection lines the main hall entryway to the grand court.

Diego Rivera’s Detroit Industry cycle of frescoes spans the upper and lower levels to surround the central grand marble court of the museum.

The Henry Ford Museum of American Innovation and the Greenfield Village is a large indoor and outdoor history museum complex in the Detroit suburb of Dearborn. The two museums, in combination, are also listed as the Edison Institute.

It is the largest indoor-outdoor museum complex in the United States with a collection that includes Thomas Edison’s laboratory and the Wright Brothers’ bicycle shop, plus and many other historical exhibits.

Its founder was the automobile industrialist Henry Ford, who wanted to preserve items of historical interest and portray the Industrial Revolution. It is one of the largest such collections in the world.

The Detroit Historical Museum chronicles the history of the Detroit area from 18th-century fur trading to cobblestone streets, 19th-century stores, and on to the auto assembly line.

In 1928, the museum opened in a one-room suite on the 23rd floor of what is now the Cadillac Tower.

In 1951, on the 250th anniversary of Detroit’s founding by Antoine Laumet de la Mothe Cadillac, the new museum facility was dedicated.

In 1961, the Dossin Great Lakes Museum opened on Belle Isle Park as a branch of the Historical Museum devoted to maritime history.

Today, the museum has over 200,000 items with a fascinating collection of curated exhibits.

“Hitsville U.S.A.” is the Motown Museum located in the home, which was purchased in 1959 and became Motown’s first home and studio. The Hitsville U.S.A. building has been preserved as Studio A. The museum has been dedicated to the legacy of the record label, its artists, and music.

Motown Record Corporation was incorporated in 1960. Its name, which is a blend of motor and town, has become a nickname for Detroit, where the label was initially headquartered.

Motown Records was founded by Berry Gordy Jr. at a home on West Grand Boulevard in Detroit, Michigan. It was converted for use as the record label’s administrative building and recording studio.

In its early days, the studio was open 22 hours a day, closing only for 2 hours for maintenance. Within seven years, Motown’s would occupy seven additional neighboring houses. By the end of 1966, Motown had hired over 450 employees and had a gross income of $20 million.

In the early 1970s, Gordy moved the label to Los Angeles to establish the Hitsville West studio. Today, three of the original Motown homes are used by the Motown Museum.

The Charles H. Wright Museum of African American History was founded in 1965 with a focus on African-American culture. The Wright Museum serves as a museum of artifacts and a place of cultural retention and growth.

The Museum’s collection includes over 35,000 artifacts and archival materials. Its facilities include a Research Library, and a Theater for film, live performances, lectures, and presentations.

The museum’s interactive exhibit explores African American History and Culture. The museum also hosts events that celebrate the culture of the African diaspora.

Charles H. Wright was a gynecologist, who was inspired to open the International Afro-American Museum in a house he owned in 1965.

In 1985, and the museum moved to upgraded facilities and was renamed the Museum of African American History.

The Museum’s mission is to document, celebrate, and educate the public on the history, life, culture, and contributions of Arab Americans.

The museum’s exhibits primary focus is on:

The museum is part of the Smithsonian Affiliations and serves to enhance the understanding of Arab Americans in the United States.

The Dossin Great Lakes Museum is a maritime museum along the Detroit River, with a focus on Detroit’s role in maritime history. The museum features maritime exhibits and one of the largest collection of model ships in the world.

The Museum which features artifacts and exhibits on the history and ships of the Great Lakes was founded in 1949.

The museum’s first home was aboard a wooden schooner, the last commercial sailing ship on the Great Lakes.

The museum moved to Belle Isle in 1959 and has had regular refurbishments and renovations with new exhibit updates.