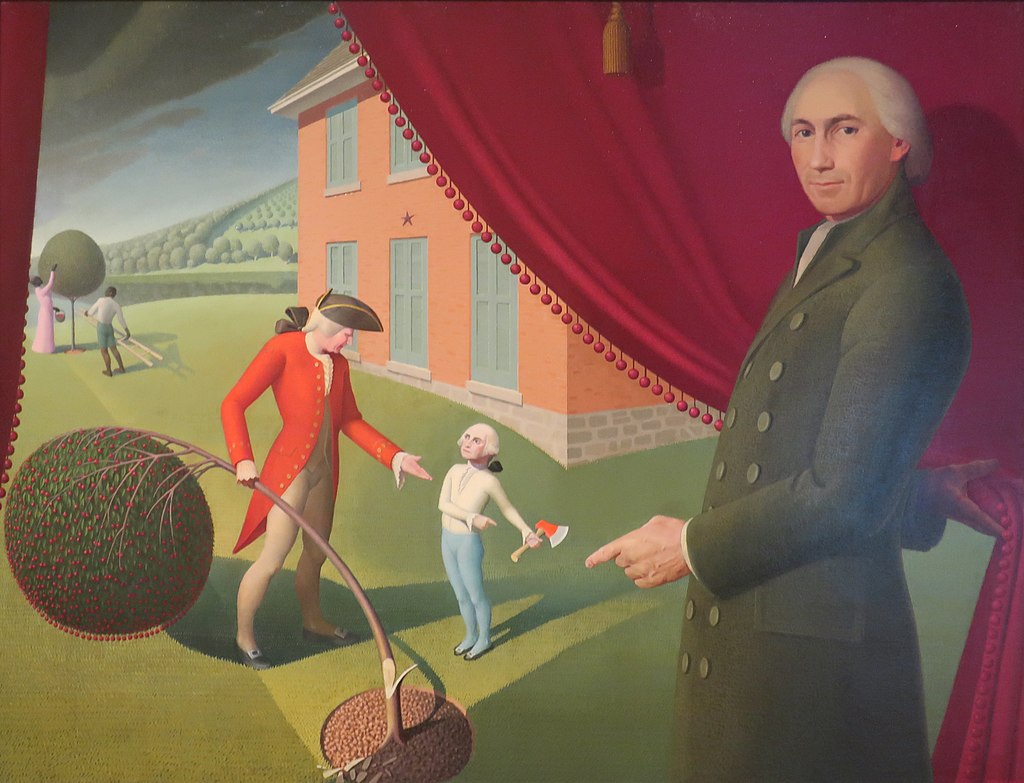 “Parson Weems’ Fable” by Grant Wood depicts the folktale of young George Washington and the cherry tree to remind the people of America about the integrity of the nation’s first President.

The composition shows Parson Weems, the fable’s author, pulling back the curtain as he points to a six-year-old Washington.

George Washington is shown holding a hatchet and confessing honestly to his father, Augustine Washington:

“I cannot tell a lie; I did it with my little hatchet.”

Wood has humorously used the adult head from Gilbert Stuart’s portrait of the first president for the young boy.

The African Americans in the background are picking cherries, another reminder of the nation’s history.

Mason Locke Weems (1759 – 1825), usually referred to as Parson Weems, was an American author who wrote the first accessible biography of George Washington immediately after his death.

He was the source of some of the apocryphal stories about Washington. The cherry tree tale is included in the fifth edition of The Life of Washington, the 1809 imprint; the original was published in 1800.

Weems’s biography of George Washington was a bestseller that depicted Washington’s virtues and was intended to provide a morally instructive tale for the youth of the young nation.

Parson Weems and the Cherry Tree