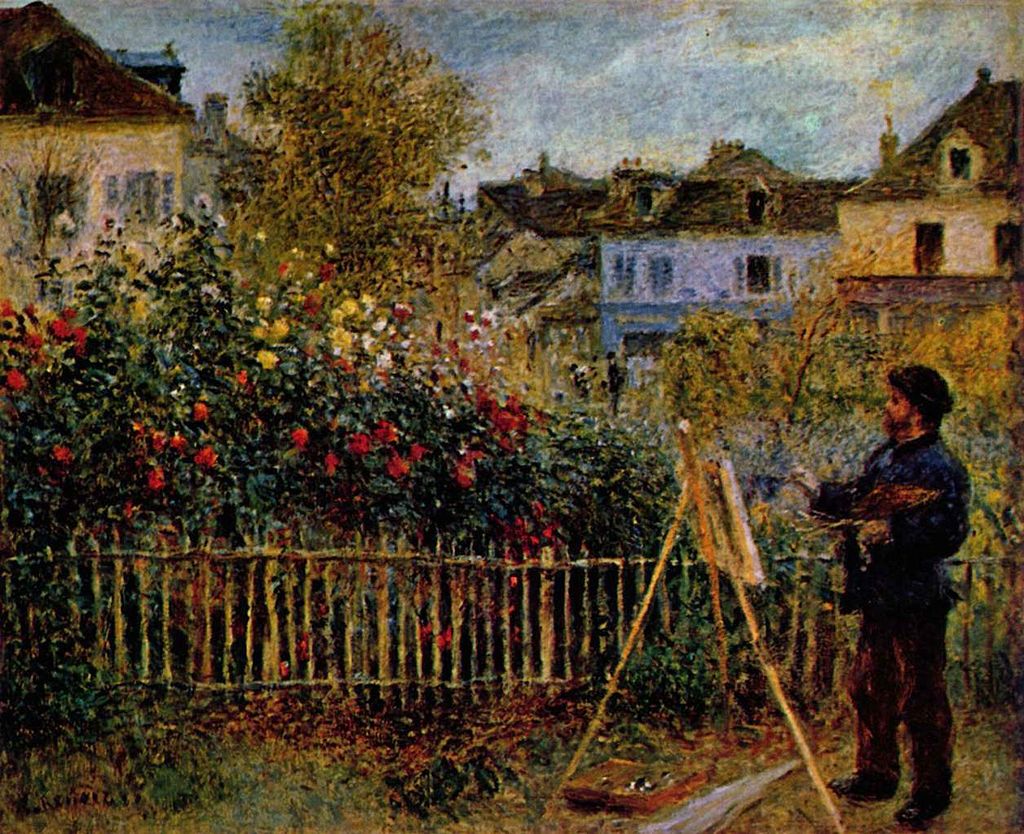 One year after this painting, their fortunes reached a turning-point as the two friends came together with others for the first Impressionist Exhibition in Paris.

The first Impressionist exhibition was held in 1874. The participants’ primary purpose was not so much to promote a new style but to free themselves from the constraints of the Salon de Paris.

The exhibition allowed artists to show their work without the interference of a jury.

Renoir chaired the hanging committee and did most of the work himself, as other members failed to present themselves. In addition to “Impression, Sunrise,” Monet presented four oil paintings and seven pastels.

Renoir exhibited six oils and one pastel. Altogether, 165 works were shown in the exhibition by artists that included Morisot, Renoir, Degas, Pissarro, Cézanne, and Guillaumin.

Oscar-Claude Monet was a founder of French Impressionist painting, and the term “Impressionism” is derived from the title of his painting “Impression, Sunrise,” which was exhibited in 1874.

Monet is known for producing a series of paintings, in which all the versions consist of the same subject and perspective. Examples include his famous series of “Haystacks” and “Water Lilies” paintings.

From 1883 Monet lived in Giverny, where he developed a garden landscape that included the lily ponds that would become the subjects of his best-known works at his home.

As a celebrator of beauty and especially feminine sensuality, Renoir’s paintings are notable for their vibrant light and saturated color, most often focusing on people in intimate and candid compositions.

He was a prolific artist who created several thousand paintings. The single most extensive collection of his works, about 181 pictures, is part of the Barnes Foundation in Philadelphia.

Renoir – A Portrait Of Friendship!