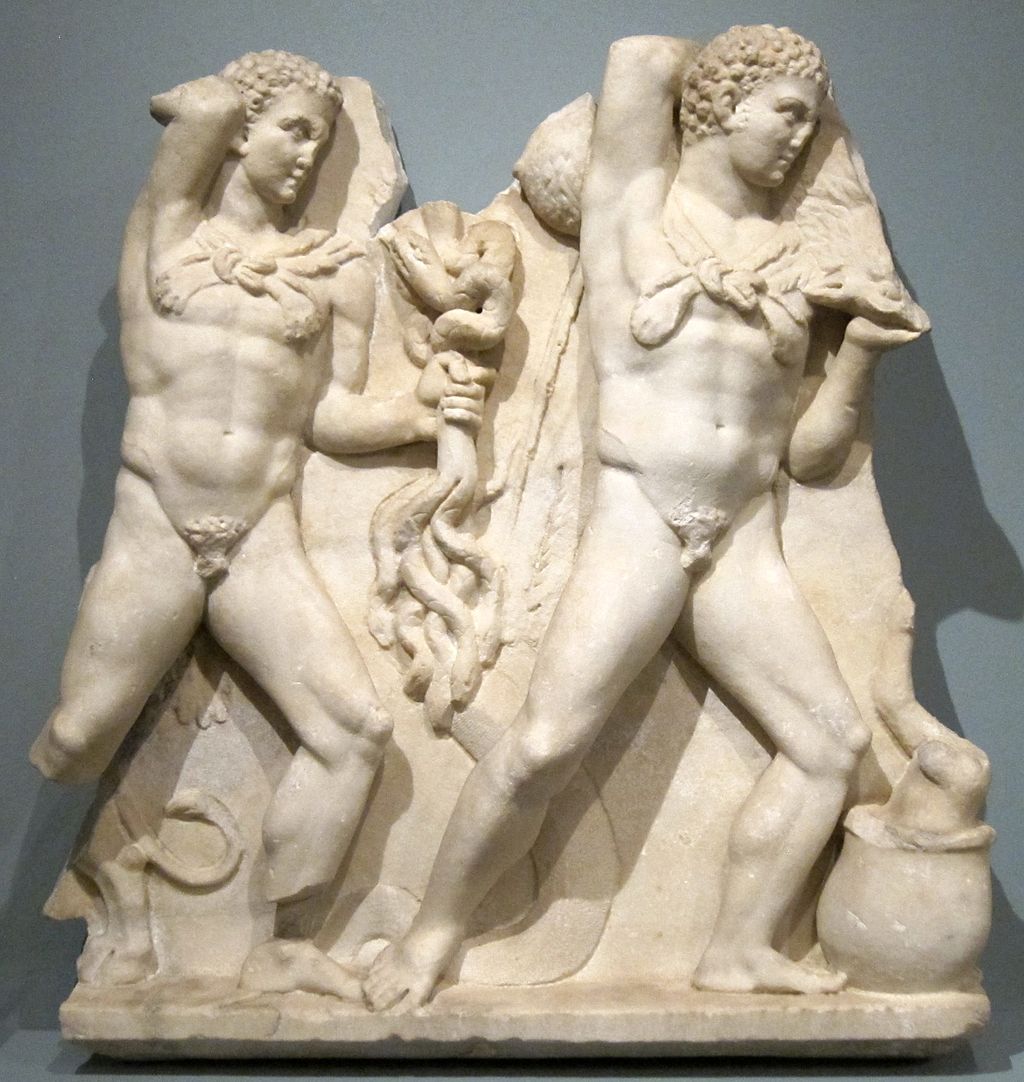 This “Sarcophagus Relief depicting the Labors of Hercules” was a popular image on Roman sarcophagi, as the wealthy deceased paid homage to a Greco-Roman hero and god who was celebrated for his enormous strength.

Representations of Hercules twelve labors, as related by ancient legends, were sculptured on all sides of a sarcophagus of the period.

Hercules was a Roman hero and god, adapted from the Greek divine hero Heracles, who was the son of Zeus, the Roman equivalent Jupiter.

In classical mythology, Hercules is famous for his strength and his deeds, which took him to the far reaches of the Greco-Roman world and became known as the “Twelve Labors” of Hercules.

This relief fragment depicts two of Hercules’ labors. The battle with the multi-headed hydra on the left and the right having killed the boar of Erymanthea, he holds it across his shoulders.

Other labors are referenced in sculpture, such as Hercules wearing the skin of the Nemean lion knotted around his neck. Also, the rear hoof and tail of the Cretan bull can be seen at the lower left of the fragment.

The “Twelve Labors” of Hercules

The Twelve Labours of Heracles

A Tour of the Honolulu Museum of Art

The myth of Hercules: 12 labors

“Honour is priceless and glad be he who has it.”
– Greek Proverb