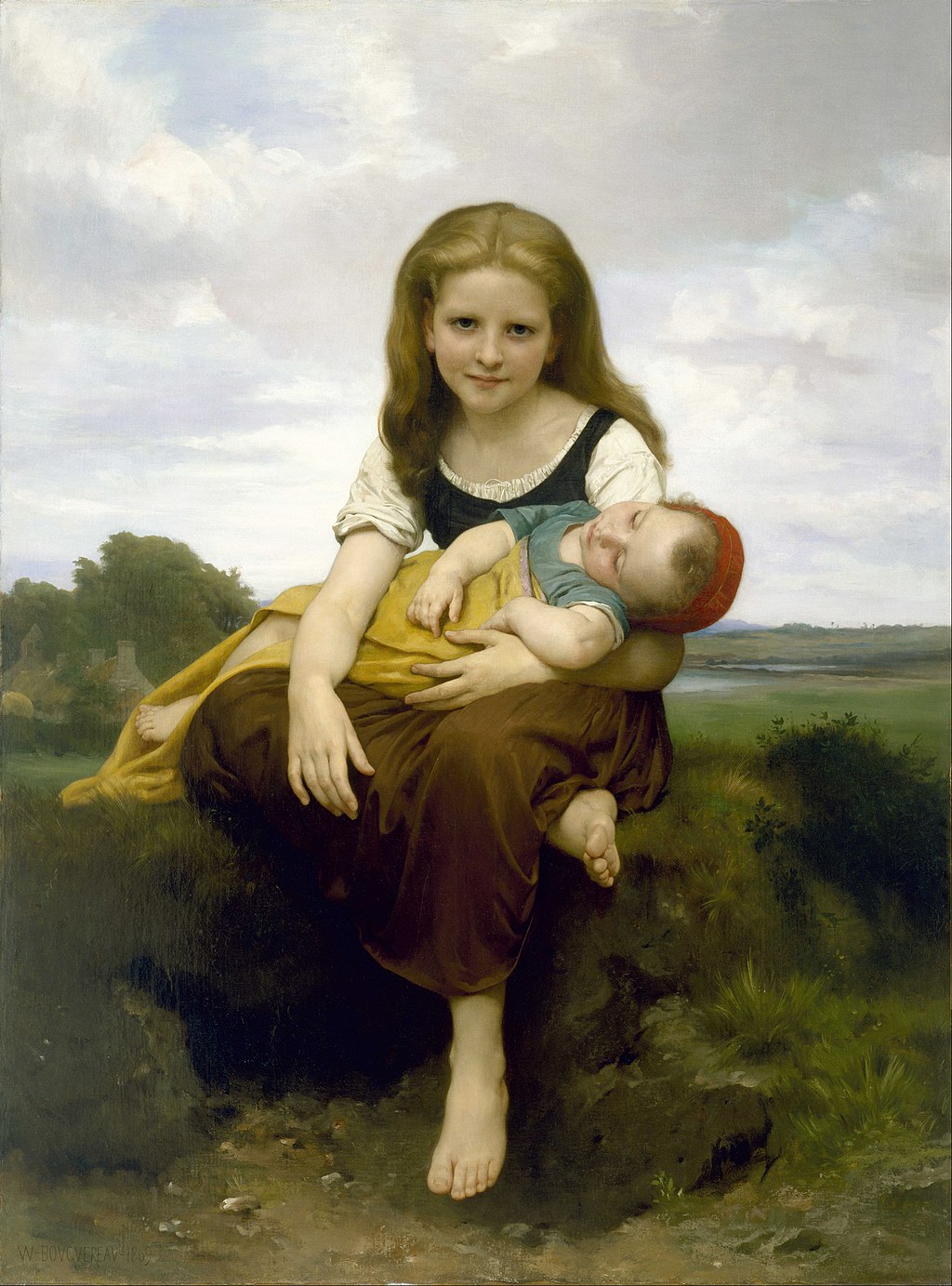 “The Elder Sister” by William-Adolphe Bouguereau

“The Elder Sister” by William-Adolphe Bouguereau portrays a young girl, “the elder sister,” sitting on a rock and holding a sleeping baby, “the younger brother,” on her lap, with a rural landscape behind them.

The girl is looking directly at the viewer, and the structured composition, with the positioning of the legs and arms of the children, demonstrate Bouguereau’s academic painting style.

Bouguereau’s daughter Henriette and son Paul served as models. There is also another painting by Bouguereau called “The Elder Sister” at the Brooklyn Museum.

William-Adolphe Bouguereau painted many mythological themes with a modern interpretation of classical subjects.

During his life, he enjoyed significant popularity; however, as a salon painter of his generation, he was reviled by the Impressionist avant-garde.

A Tour of the Museum of Fine Arts, Houston

Through The Eyes of The Artist: William Bouguereau

“Sister is probably the most competitive relationship within the family, but once the sisters are grown, it becomes the strongest relationship.”
– Margaret Mead