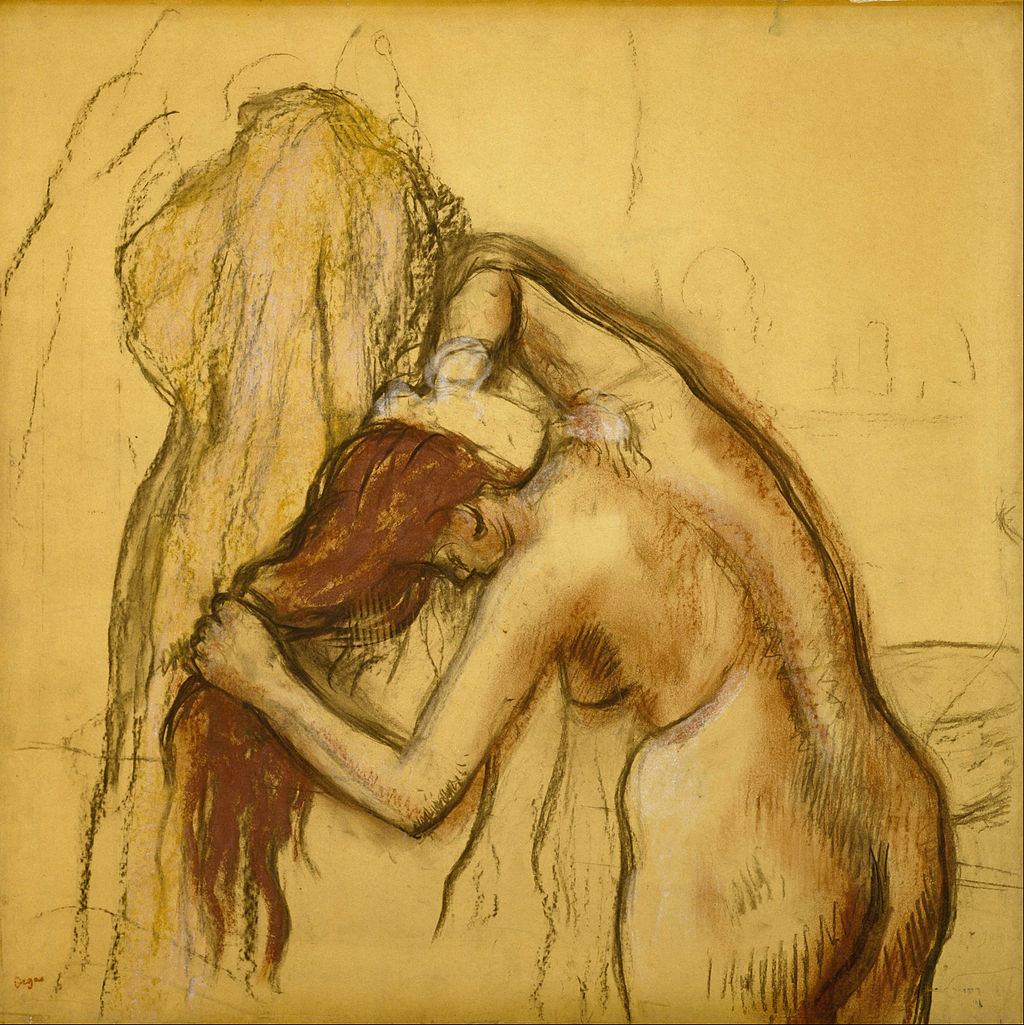 “Woman Drying Herself” by Edgar Degas

“Woman Drying Herself” by Edgar Degas depicts a naked female bather as she bends forward to dry her hair. This pastel drawing is part of a series of drawings, preliminary sketches in pastels and oils by Degas from this period that depict women bathing. Degas often used sketches as a preliminary step to study the light and the composition for his paintings. This work is part of a series of preliminary sketches in pastels which depict women bathing, some showing women in awkward, unnatural positions. Degas, said, he intended to create a feeling in the viewer:

Degas examined the human figure with its many nuances and possibilities in his series of nude bathers. Degas set up tubs and basins in his studio and asked his models to go through their usual routines during their baths and personal care. He captured them in their natural poses and from different perspectives to revealed new possibilities in his composition. Degas has created an intimate and spontaneous piece of art that captures the dynamic act of bathing.

Edgar Degas was prolific in paintings, sculptures, prints, and drawings. He was fond of the subject of dance, and more than half of his works depict dancers. He is regarded as one of the founders of Impressionism, although Degas rejected the term, preferring to be called a Realist. He was masterly in depicting movement, as can be seen in his various masterpieces of dancers, racecourse subjects and female nudes.