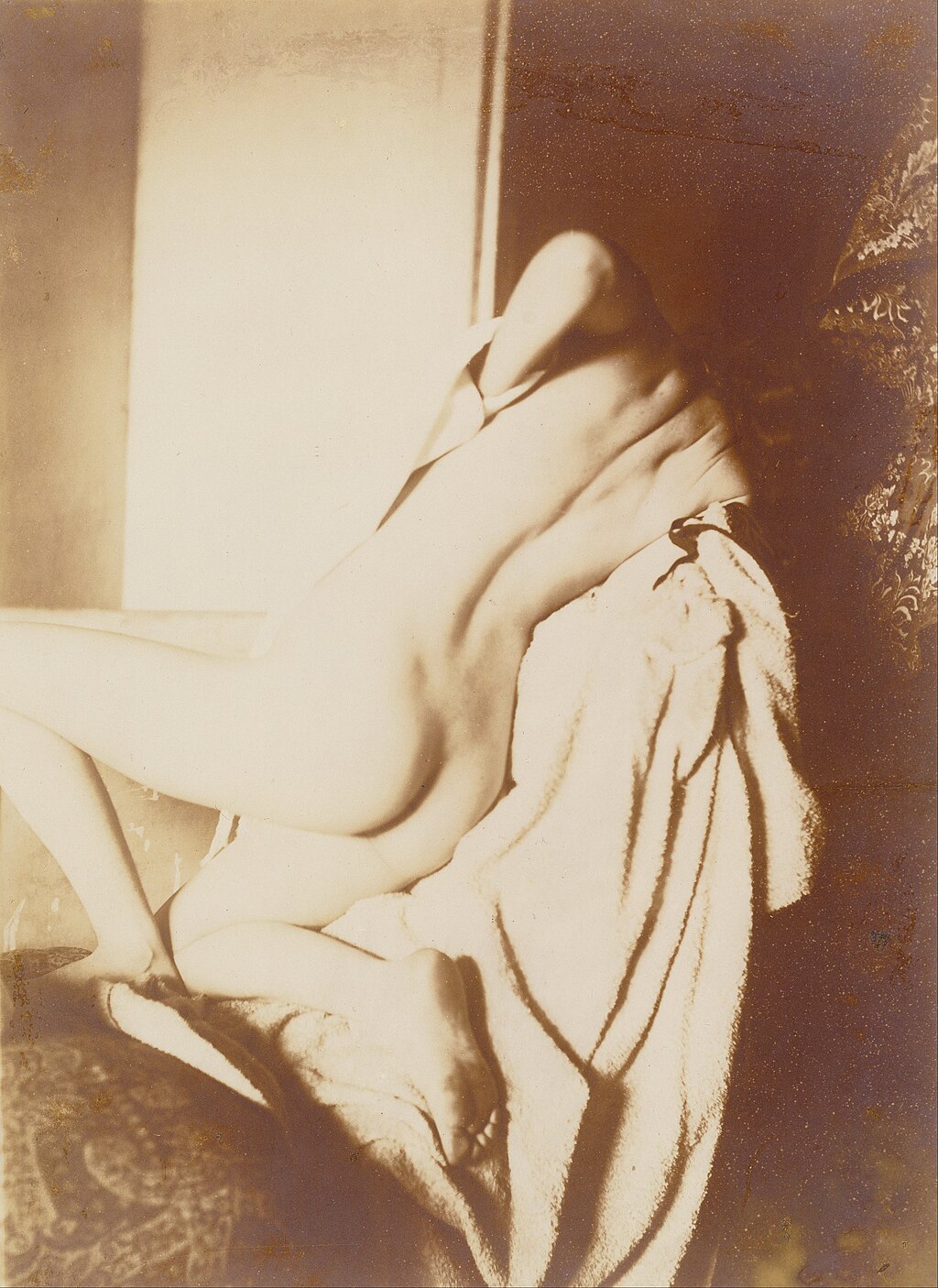 “After the Bath, Woman Drying Her Back” by Edgar Degas

“After the Bath, Woman Drying Her Back” by Edgar Degas is a print of a female bather kneeling on a chair covered with towels as she arches her back over the backrest of the chair as if to pick something up with her right hand.

This print is part of a series of photographs, images, drawings, preliminary sketches in pastels and oils by Degas that depict women during the bathing process.

Degas often used sketches and photography as a preliminary step to study the light and the composition for his paintings. This work is part of a series that depict women, as in this example, in awkward and unnatural positions.

Degas said he intended to create a feeling in the viewer:

Degas examined the human figure with its many nuances and possibilities in his series of nude bathers. Degas set up tubs and basins in his studio and asked his models to go through their usual routines during their baths and personal care.

He captured them in their natural poses and from different perspectives to revealed new possibilities in his composition.

Degas was attempting to create an intimate and spontaneous piece of art that captures the dynamic act of bathing.

Edgar Degas was prolific in paintings, sculptures, prints, and drawings. He was fond of the subject of dance, and more than half of his works depict dancers.

He was masterly in depicting movement, as shown in his various masterpieces of dancers, racecourse subjects, and female nudes.

After the Bath, Woman Drying Her Back

Degas’s After the Bath, Woman Drying Herself

Leaving the Bath, by Edgar Degas

“I should like to be famous and unknown.”
– Edgar Degas