“Irises” is one of several paintings of ‘Irises’ by Vincent van Gogh and one of a series of paintings he painted at the asylum in Saint-Rémy, France, in the last year before his death.

In 1889 after several episodes of self-mutilation and hospitalization, Van Gogh chose to enter an asylum. There, in the last year before his death, he created over 120 paintings.

Shortly after entering the asylum, Van Gogh started Irises, working from nature in the asylum’s garden.

He called painting “the lightning conductor for my illness” because he felt that he could keep himself from going insane by continuing to paint.

Each one of the irises is unique, for he studied their movements and shapes to create a variety of curved silhouettes.

“It strikes the eye from afar. It is a beautiful study full of air and life.”

In 1987, Irises became the most expensive painting ever sold, setting a record that stood for two and a half years.

“Irises” is amongst the most expensive paintings ever sold. Other Iris’ paintings during 1889 by Vincent van Gogh include: 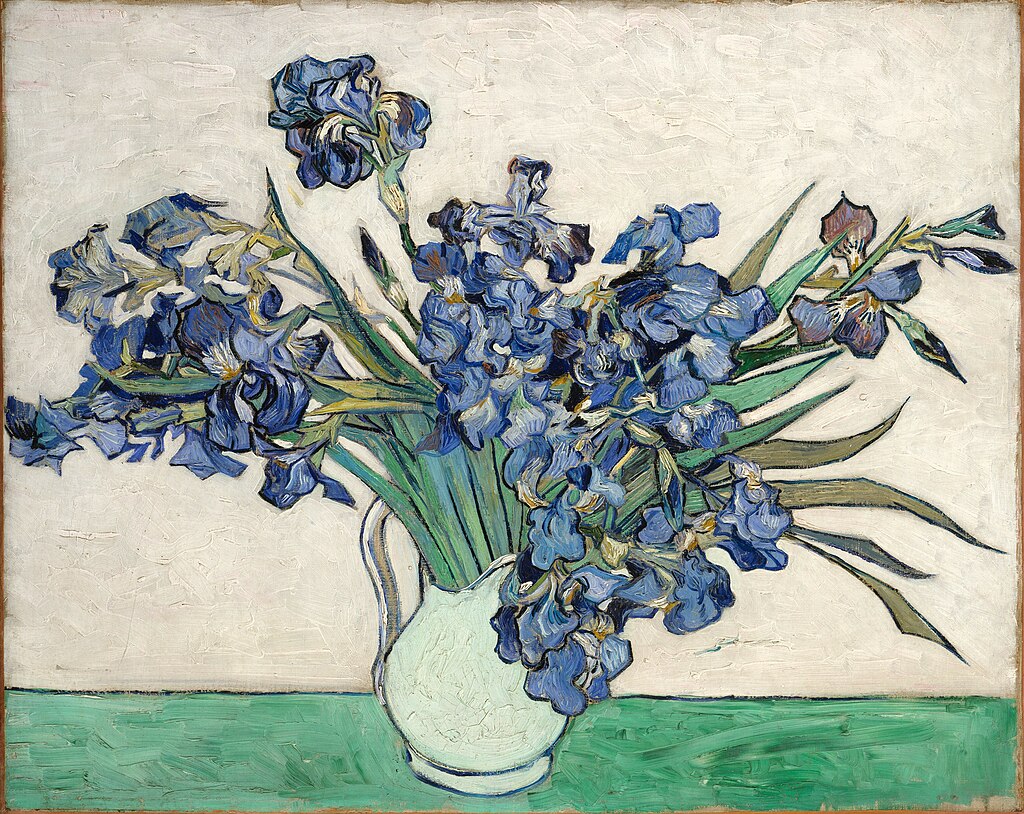 Irises at the Metropolitan Museum of Art 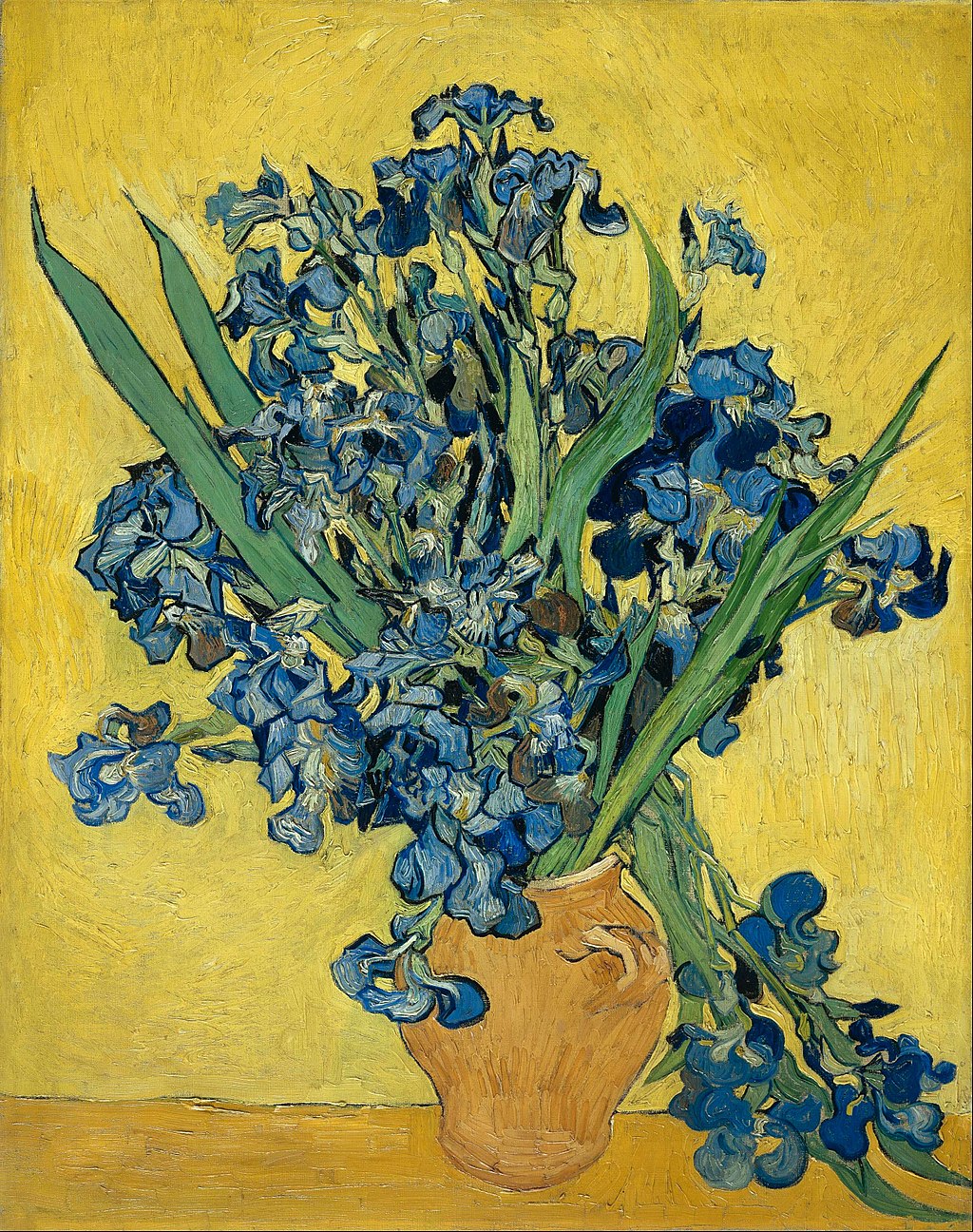 Irises at the Van Gogh Museum

“Iris” at the National Gallery of Canada

Vincent Willem van Gogh is among the most famous and influential figures in the history of Western art.

Van Gogh was unsuccessful during his lifetime and was considered a madman and a failure.