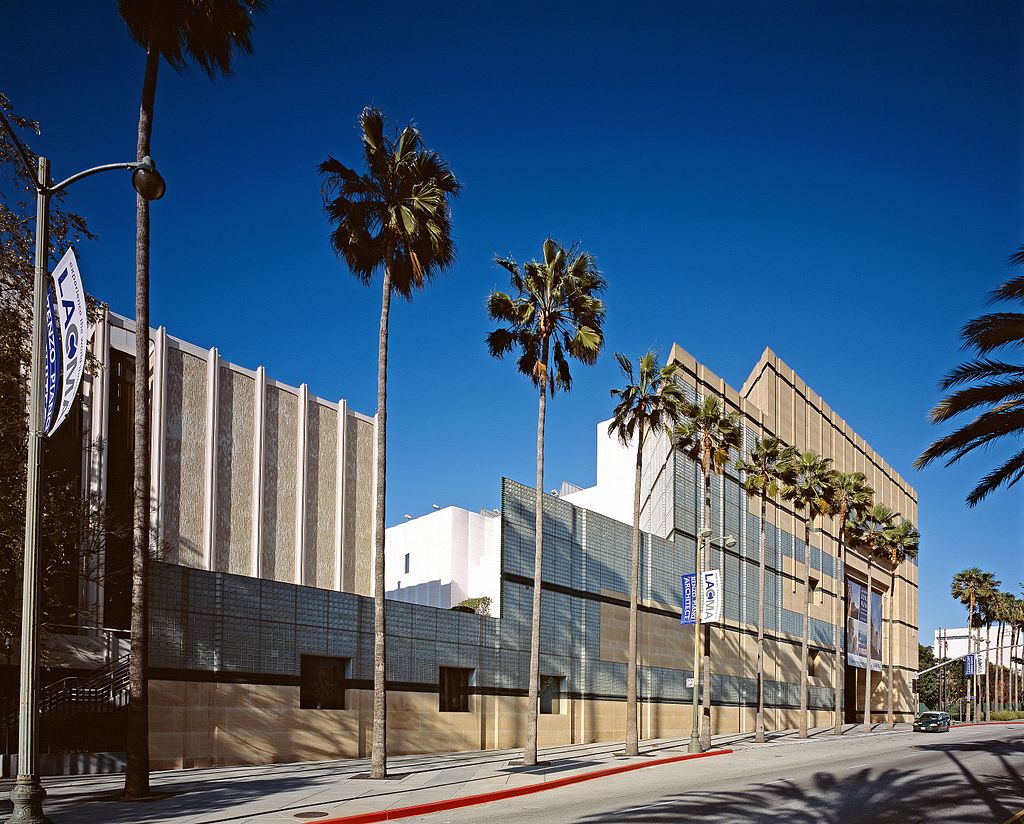 The Los Angeles County Museum of Art (LACMA) is on Museum Row, LA, and it is the largest art museum in the western United States.

The Los Angeles County Museum of Art holds more than 150,000 works of art spanning the history of art from ancient times to the present.

A Virtual Tour of the Los Angeles County Museum of Art

Highlights of the Los Angeles County Museum of Art

“The Raising of Lazarus” by Rembrandt

“The Raising of Lazarus” by Rembrandt, depicts the scene from the New Testament Bible. For the creation of this composition, Rembrandt experimented with drawings and etchings on this subject with differing configurations.

This scene is in a tomb with Christ standing in the cave with his hand raised to perform the miracle. Rembrandt represents Lazarus’s rising as caused by Christ’s forceful gesture and his faith. Lazarus’ sisters Mary and Martha look on in amazement, as do the other spectators.

The astounded witnesses’ expressions record successive states of awareness and awe. The dramatic darkness of the cave is in contrast to the subtle colors in the costumes.

The glinting highlights of the quiver and scabbard hanging on the wall were Lazarus’ weapons, as according to medieval legend, Lazarus was a soldier.

“Magdalene with the Smoking Flame” by  Georges de La Tour

The objects in this painting symbolize and reference the themes of repentance and the trials sent by God.

Shiva as the Lord of Dance

“Shiva as the Lord of Dance” depicts the Hindu God Shiva and combines in a single image his roles as creator, preserver, and destroyer of the universe and conveys the concept of the never-ending cycle of time.

The French sculptor Auguste Rodin wrote that the sculpture of Shiva as the Lord of Dance has: “what many people cannot see—the unknown depths, the core of life. There is grace in elegance, but beyond grace, there is perfection.”

The city grew from one-and-a-half to five million in the forty years proceedings this depiction, primarily due to immigration. In this painting, people spill out of tenement buildings onto the streets, stoops, and fire escapes.

Laundry flaps overhead and a street vendor hawks his goods from his pushcart amid all the traffic. In the background, a trolley car heads toward Vesey Street.

Many of the new arrivals, Italian, Jewish, Irish, and Chinese, crowded into tenement houses on the Lower East Side. Among them were thousands of Eastern European Jews, who found temporary or permanent shelter along streets such as East Broadway, the setting for Cliff Dwellers.

Cliff Dwellers skillfully conveys the sense of congestion, overpopulation, and the impact of the city on its inhabitants. The living quarters of many of the Cliff Dwellers were small, dense, and dark, which is illustrated in this composition.

The painting also shows how industrialization had impacted the working-class lifestyle at that time.

The earliest surviving bark paintings date from the nineteenth century. The modern form of bark paintings first appeared in the 1930s, when missionaries at Yirrkala and Milingimbi asked the local Yolngu people to produce bark paintings that could be sold in the major cities of Australia.

The missionaries were interested in earning funds that would help pay for the mission, and also to educate white Australians about Aboriginal culture.

As the trade grew, and the demand for paintings increased, leading artists started being asked to mount exhibitions.

It was not until the 1980s that bark paintings started being regarded as fine art, as opposed to Indigenous handicrafts.

Today fine bark paintings are valued on the skill and fame of the artist and the quality of the art. The degree to which the artwork encapsulates the culture by telling a traditional story can command high prices in the art market.

“Mrs. Schuyler Burning Her Wheat Fields on the Approach of the British” by Emanuel Leutze