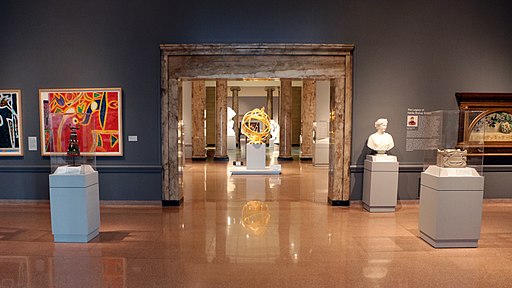 The Speed Art Museum is the oldest and largest museum of art in Kentucky. Located next to the University of Louisville Belknap Campus, the museum houses ancient, classical, and modern art from around the world.

The traditional focus of the collection has been Western art, from antiquity to the present day. Paintings from the Netherlands, French and Italian works, and contemporary art are well represented.

The museum was built in 1927 in the Neo-Classical style, designed as with a Beaux-Arts limestone facade. The museum underwent an expansion and renovation project from 2012 to 2016, which tripled the gallery space.

The expansion created space for new contemporary art galleries, an education center, cinema, and a multi-functional pavilion for performances, lectures, and entertaining. The new park and piazza expanded the display are for sculpture.

Highlights of the Speed Art Museum