The museum was founded in 1969 in Stockbridge, Massachusetts, where Rockwell lived during the last 25 years of his life.

The museum’s collection includes over 570 original works of art by Rockwell and houses the Norman Rockwell Archives, of over 100,000 items, including photographs, fan mail, and business documents.

Rockwell also had a 64-year relationship with the Boy Scouts of America, during which he produced covers for their publication Boys’ Life, calendars, and other illustrations.

He was a prolific artist, producing more than 4,000 original works. Rockwell was also commissioned to illustrate over 40 books.

Norman Rockwell was also selected to paint the portraits for Presidents Eisenhower, Kennedy, Johnson, and Nixon and foreign leaders, including Gamal Abdel Nasser and Jawaharlal Nehru.

Serious art critics dismissed Rockwell’s work during his lifetime. In his later years, however, Rockwell began receiving more attention as a painter when he chose more serious subjects such as his series on racism for Look magazine.

Children Dancing at a Party by Norman Rockwell, 1918

Highlights of the Norman Rockwell Museum

“Freedom of Worship” by Norman Rockwell, 1943 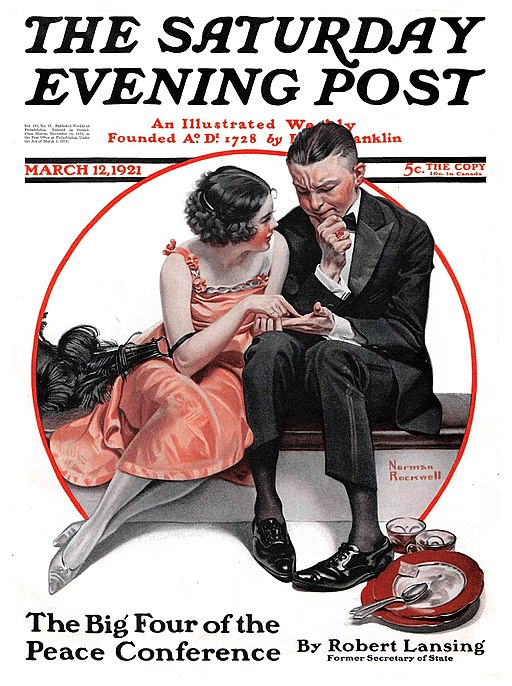