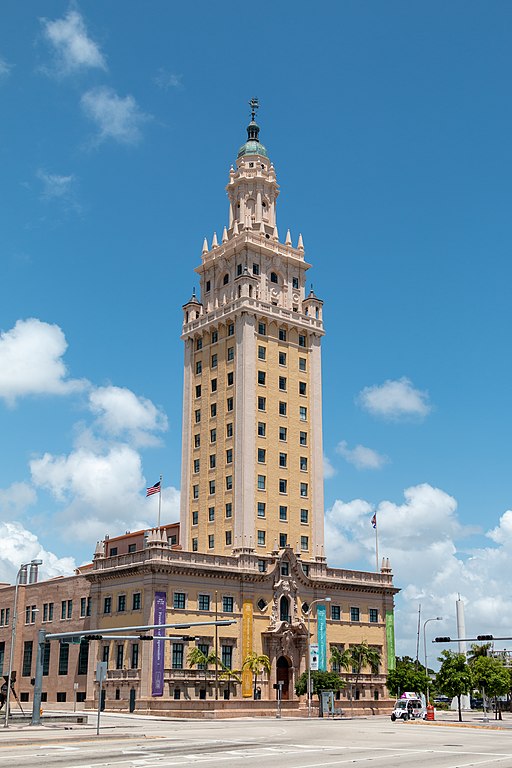 Miami is also a major tourism hub for international visitors, ranking second in the country after New York City.

Miami is was ranked as the third-richest city in the United States and is the largest city with a Cuban-American plurality.

PortMiami is the busiest cruise port in the world in both passenger traffic and cruise lines, and refers to itself as the “Cruise Capital of the World.”

Miami enjoys a vibrant culture that is influenced by a diverse population from all around the world.

Virtual Tour of the Museums in Miami, Florida

Highlights Tour of the Museums in Miami, Florida

The Lowe Art Museum is an art museum operated by the University of Miami and was the first art museum in South Florida.

The Lowe Art Museum collection is divided into fourteen thematic rooms, plus the Palley Pavilion, dedicated to the glass collection, and an outdoor garden of contemporary art sculptures.

The Pérez Art Museum Miami is a contemporary art museum founded in 1984 as the Center for the Fine Arts.

In 1996  it became known as the Miami Art Museum until it was renamed in 2013 upon the opening of its new location and building.

The museum’s collection contains over 2,000 works, mainly 20th- and 21st-century art from the Americas, Western Europe, and Africa.

Much of the museum’s collection has been donated, and the museum has successfully attracted donors to contribute directly with artworks and funds.

The landscape and architecture were influenced by Veneto and Tuscan Italian Renaissance models and designed in the Mediterranean Revival architecture style, with Baroque elements.

Previously known as Villa Vizcaya, is was the former villa and estate of businessman James Deering, located on Biscayne Bay in Coconut Grove, Miami, Florida.

The villa’s museum contains more than seventy rooms of distinctive architectural interiors decorated with numerous antiques, which include 15th to 19th-century European decorative art and furnishings.

The villa facade’s primary influence is the Villa Rezzonico in the Veneto region of northern Italy. It is referred to sometimes as the “Hearst Castle of the East.”

The Wolfsonian–Florida International University is a museum, library, and research center with a collection that illustrates the power of art and design.

The Wolfsonian-FIU is located in the heart of the Art Deco District of Miami Beach, Florida, and has been a division within Florida International University.

The museum’s collection includes nearly 6,000 objects, with an emphasis on American printmaking from the 1960s and 1970s, photography, Pre-Columbian objects, and the contemporary Caribbean and Latin American artworks.

In support of the University’s arts program, select student’s artworks since the 1980s feature in the emerging artist collection, many of whom have gone on to gain national and international recognition.

The grounds of Coral Castle consist of about 1,000 tons of stones in the form of walls, carvings, furniture, and a castle tower. Mistakenly believed to be made of coral, it is made of oolite, which is found throughout southeastern Florida.

The stones are fastened together without mortar. The craftsmanship is so elegant that the stones are connected only by using their weight to keep them together.

Among the features and carvings is a two-story castle tower that served as Leedskalnin’s living quarters, a sundial, a Polar telescope, an obelisk, a barbecue, water well, a fountain, celestial stars and planets, and pieces of furniture.

The furniture pieces include a heart-shaped table, a table in the shape of Florida, twenty-five rocking chairs, chairs resembling crescent moons, a bathtub, beds, and a throne.

“Painting is easy when you don’t know how, but very difficult when you do.”
– Edgar Degas