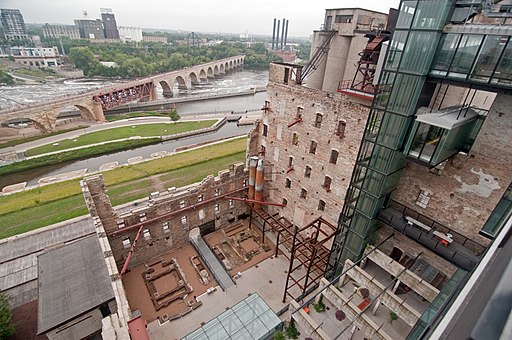 The museum features the history of Minneapolis, flour milling machinery, a water lab, and a baking lab.

The first “Washburn A Mill” was constructed in 1874 and declared the largest flour mill in the world. In 1878, a spark ignited airborne flour dust, creating an explosion that demolished the “Washburn A” and killed 18 workers.

The ensuing fire destroyed five other mills and became known as the Great Mill Disaster.  To prevent the buildup of combustible flour dust, ventilation systems, and other precautionary devices were installed in mills throughout the country.

By 1880 a new “Washburn A Mill” opened, designed again to be the largest flour mill in the world. The mill, along with the other mills powered by St. Anthony Falls, contributed significantly to Minneapolis’s development.

After World War I, flour production in Minneapolis began to decline as flour milling technology was no longer reliant on water power. The mill was shut down in 1965, along with eight other of the oldest mills operated by General Mills.

Highlights of the Mill City Museum 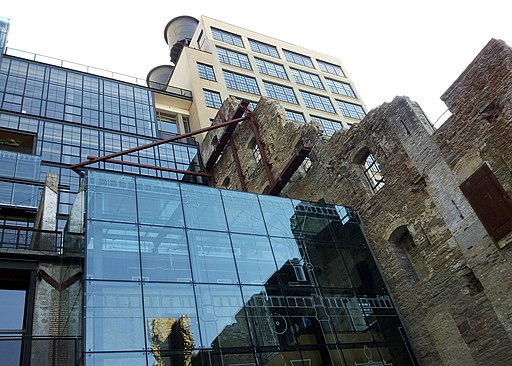