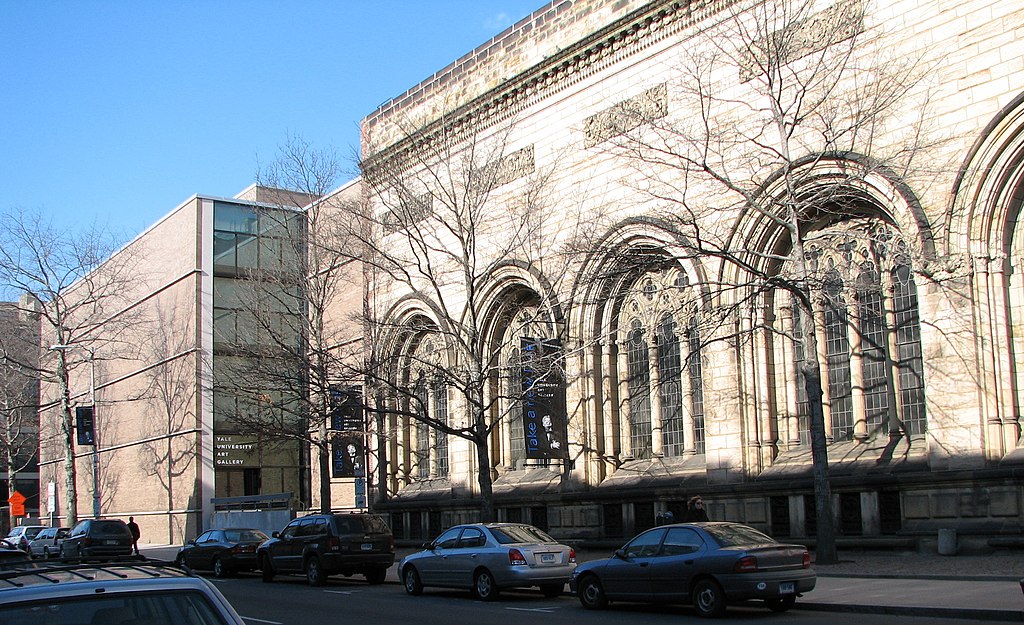 A Virtual Tour of the Yale University Art Gallery

“The Night Café” by Vincent van Gogh depicts the interior of Café de la Gare in Arles. Five customers are sitting at tables, and a waiter in a light coat is standing and facing the viewer.

A half-curtained doorway in the center background is leading to the private quarters.

The title of this painting is inscribed lower right beneath the signature. In highly contrasting and vivid colors, the paint is applied thickly, with the perspective leading toward the door in the back.

Van Gogh stayed up for three consecutive nights to paint the picture, sleeping during the day.

“The Capture of the Hessians at Trenton, December 26, 1776″ by John Trumbull

The Battle of Trenton was a pivotal battle during the American Revolutionary War. It followed Washington’s crossing of the Delaware River north of Trenton the previous night.

Washington led the Continental Army against Hessian soldiers garrisoned at Trenton. After a brief battle, nearly the entire force of 900 Hessians was captured, with negligible losses to the Americans.

“The Declaration of Independence, July 4, 1776″ by John Trumbull

In the painting, Thomas Jefferson standing with the red vest appears to be stepping on John Adams’ foot. Many thought this symbolized their relationship as political enemies.

“The Death of General Mercer at the Battle of Princeton, January 3, 1777″ by John Trumbull

“The Death of General Montgomery in the Attack on Quebec, December 31, 1775” by John Trumbull