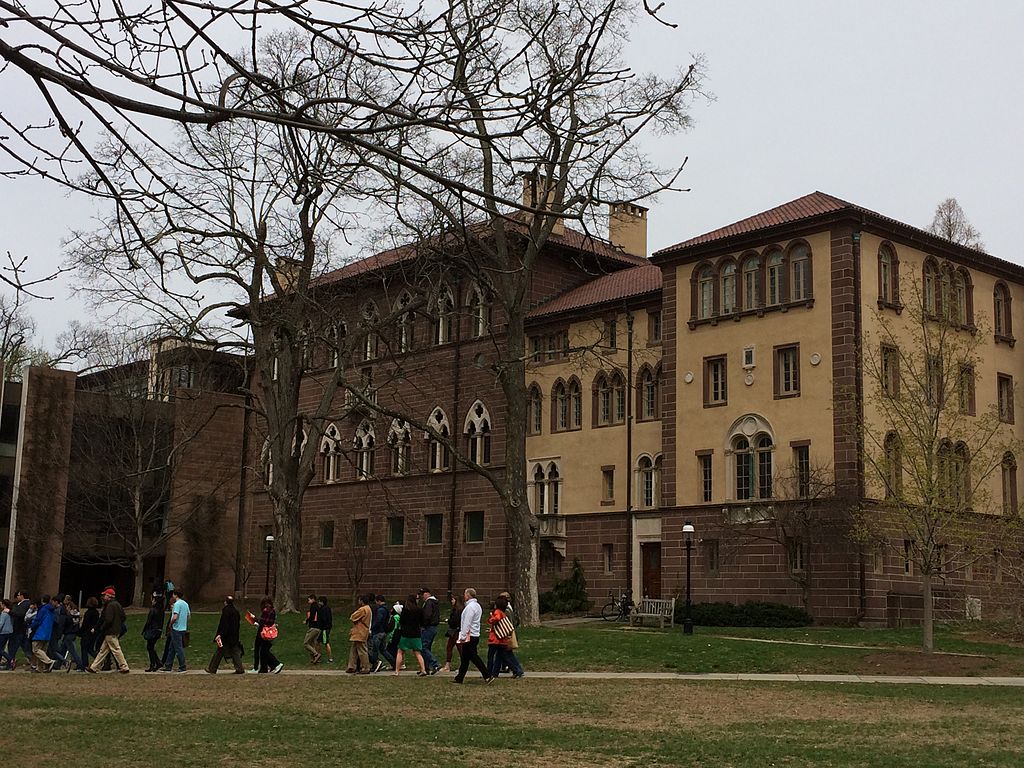 The Princeton University Art Museum, located in New Jersey, was founded in 1882. It houses over 92,000 works of art that range from antiquity to the contemporary period.

The museum has an extensive collection of Greek and Roman antiquities, including ceramics, marbles, bronzes, and Roman mosaics from excavations in Antioch.

Medieval Europe is represented by sculpture, metalwork, and stained glass.

Western European collection of paintings includes examples from the early Renaissance through to contemporary art.

The museum is also noted for its Asian art gallery, which includes a full collection of Chinese calligraphy, painting, ancient bronze works, jade carvings, as well as porcelain.

A Virtual Tour of the Princeton University Art Museum

“Tarascon Stagecoach” by Vincent van Gogh depicts the courtyard of the inn at Arles with two stagecoaches.  The composition shows the influence of the Japanese prints that van Gogh loved.

The short shadows and the closed shutters of the inn indicate that it is early afternoon and siesta time. Van Gogh wrote to his brother Theo stating that the subject of this painting was suggested by Alphonse Daudet’s novel Tartarin de Tarascon, published in 1872.

In the novel, an old stagecoach from Provence was used in the French colonies in North Africa, reminisces about its glory days on the Tarascon–Nîmes route. This painting is a sentimental expression for the old ways of Provence that were quickly disappearing.

Paul Cézanne created this version of “Mont Sainte-Victoire” from his hillside studio at Les Lauves. From his viewpoint, Cézanne enjoyed a magnificent view of the soaring mountain from across the valley.

This depiction includes the farmland, distinctive olive and almond trees below Les Lauves.

The peak played an important role in the ancient history of his Aix-en-Provence. Its name refers to a Roman victory in 102 BC over the Teutonic armies in the area.

“Napoleon in Egypt” by Jean-Léon Gérôme

“Napoleon in Egypt” by Jean-Léon Gérôme depicts General Napoleon Bonaparte before the Mamluk Tombs outside Cairo. The road in the background is lined with Mamluk mausoleums from the fourteenth and fifteenth centuries

Mamluk is an Arabic designation for slaves. The term referred to Non-Muslim slave soldiers and Muslim rulers of slave origin. Born slaves, these rulers owed their rise to military prowess and would have been a subject for reflection by Napoleon.

During the Second Empire (1852–70), Napoleon III encouraged the cult of his uncle, Napoleon Bonaparte. Napoleon’s 1798 Egyptian expedition had produced significant historical and scientific interest in all things Egyptian.

An unusual aspect of the Egyptian expedition was the inclusion of an enormous contingent of scientists and scholars of about 160, who were assigned to the invading French force.

“Oval with Points” by Henry Moore

“Oval with Points” by Henry Moore is an enigmatic abstract sculpture cast in bronze. The sculpture is a modulating oval ring with rounded edges.

The inside edge of the large hole has two protrusions rising from the sides and narrowing to sharp points that almost meet at the center of the hole, creating a sense of dynamic tension.

The points divide the hole into two spaces, a smaller one above and a larger one below, like a figure 8. The shape of the space is interpreted as resembling a human form with a head and a torso.

Virtual Tour of the Museums in New Jersey

“The best introduction to art is to stroll through a museum.
The more art you see, the more you’ll learn to define your own taste.”
– Jeanne Frank