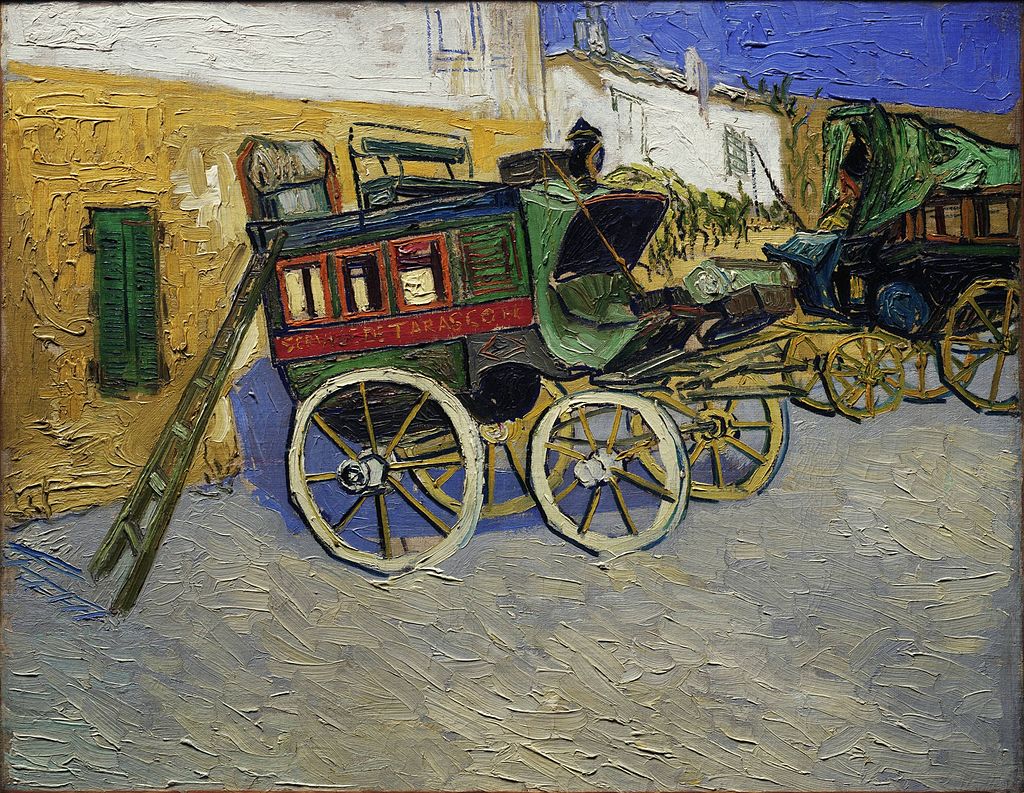 “Tarascon Stagecoach” by Vincent van Gogh depicts the courtyard of the inn at Arles with two stagecoaches.  The composition shows the influence of the Japanese prints that van Gogh loved.

The short shadows and the closed shutters of the inn indicate that it is early afternoon and siesta time. Van Gogh wrote to his brother Theo stating that the subject of this painting was suggested by Alphonse Daudet’s novel Tartarin de Tarascon, published in 1872.

“Well, I’ve just painted that red and green carriage in the yard of the inn . . .”

In the novel, an old stagecoach from Provence was used in the French colonies in North Africa, reminisces about its glory days on the Tarascon–Nîmes route. This painting is a sentimental expression for the old ways of Provence that were quickly disappearing.

In a letter to his brother in 1888, Van Gogh discussed his technique and some of the artistic influences on the painting, including Claude Monet and Adolphe Monticelli.

The carriages are painted in the style of Monticelli, with impastos. The bold, colorful composition was influenced by the inspirational memories of Claude Monet’s colorful artworks.