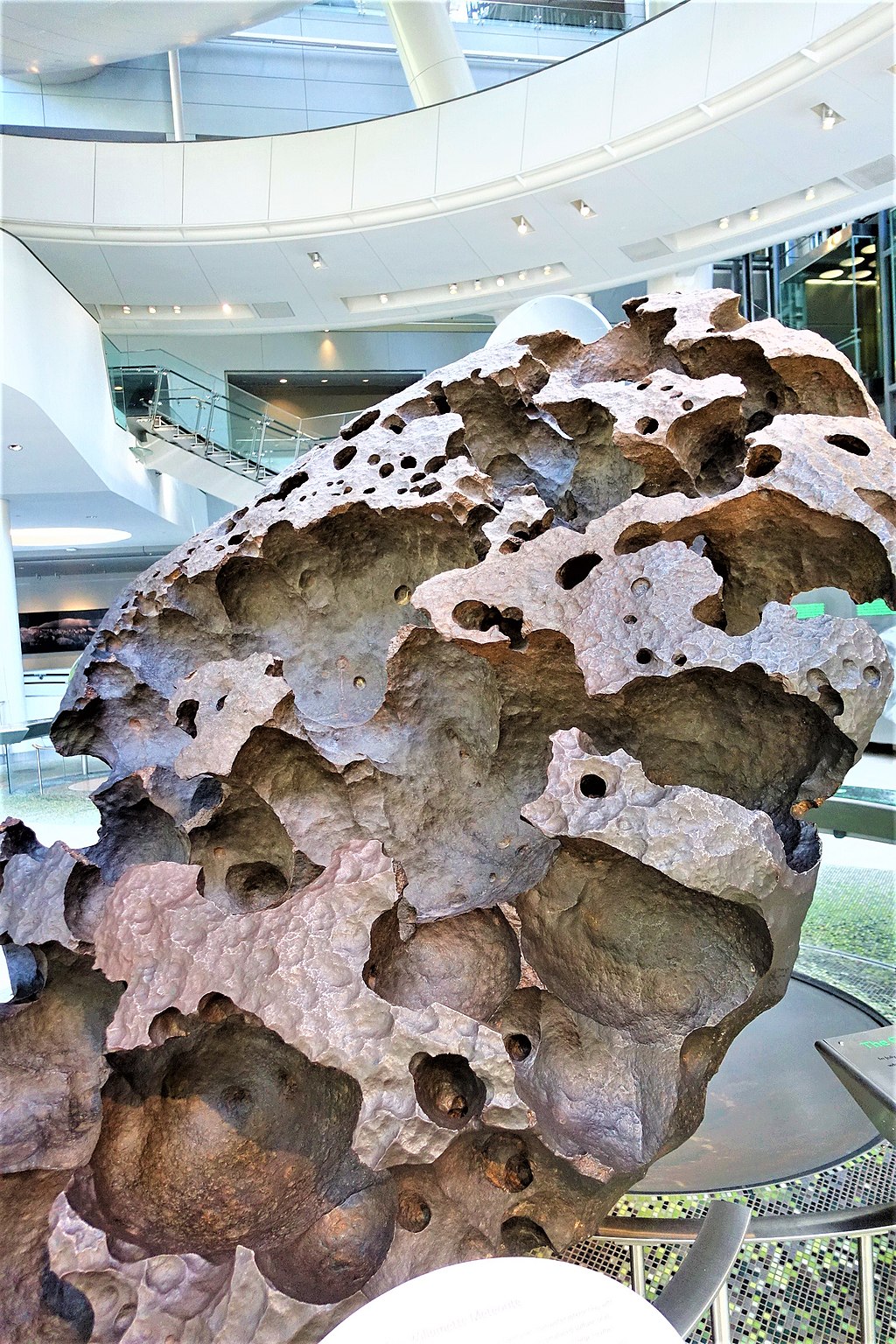 The Willamette Meteorite is an iron-nickel meteorite and the most massive meteorite found in North America and the sixth-largest in the world. There was no impact crater at the discovery site.

Scientists believe the meteor landed elsewhere and was transported during a glacial period at the end of the last Ice Age, 13,000 years ago.

Initially found in the Willamette Valley of Oregon, it was long held sacred by indigenous people of the area who referred to this stone with the name Tomonowos or the visitor from the sky.

In 2005, the Confederated Tribes of the Grand Ronde Community of Oregon sued to have the meteorite returned to their control, but they were unsuccessful.

The Willamette Meteorite of 1902

“Isn’t it astonishing that all these secrets have been preserved for so many years just so we could discover them!”
– Orville Wright