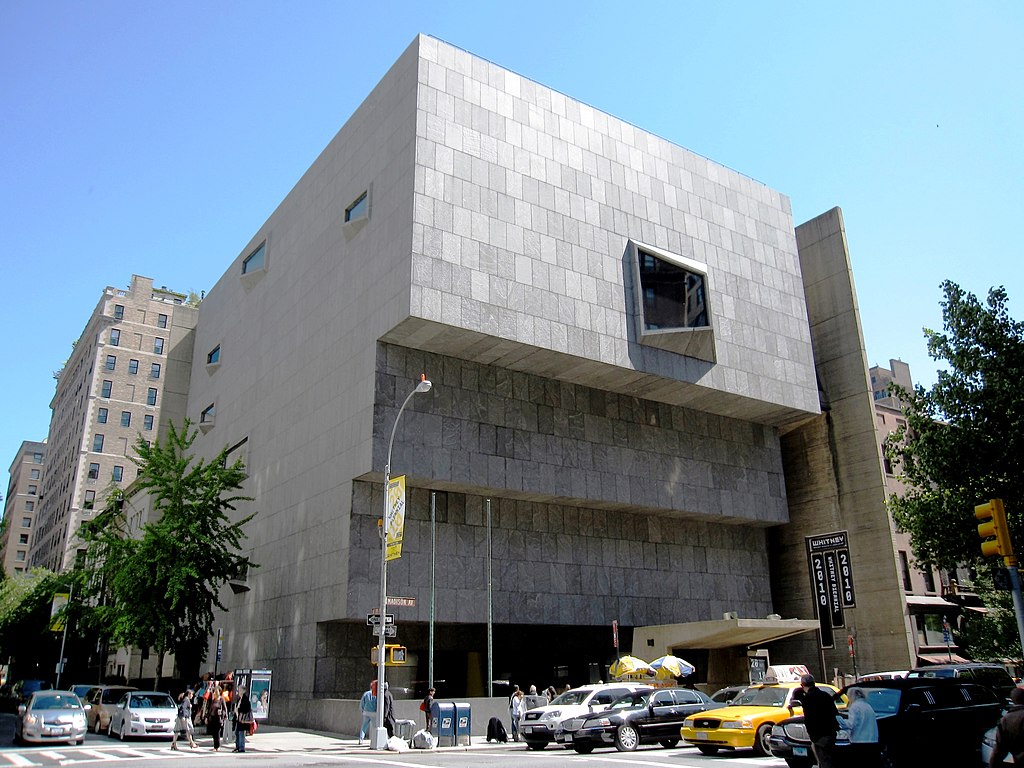 The Met Breuer is part of the Metropolitan Museum of Art but located separately at 945 Madison Avenue and East 75th Street in the Upper East Side of New York City.

It focused on modern and contemporary art and opened in 2016 in the building formerly occupied by the Whitney Museum of American Art.

After the Met Breuer idea was initiated in 2008, an agreement between the Met and the Whitney was signed in 2011.

The location opened in 2016, and the Met operates the museum as part of an integrated expansion of the main museum’s outreach, focusing on modern art and accessibility.

The Metropolitan Museum of Art has its main building on Central Park’s edge along Manhattan’s Museum Mile.

A smaller second location, The Cloisters is at Fort Tryon Park in Upper Manhattan; it has an extensive collection of art and architecture from Medieval Europe.

A third location is the Met Breuer museum at Madison Avenue in the Upper East Side. It focuses on the museum’s modern and contemporary art program.

“Opening of the Fifth Seal” by El Greco

“Opening of the Fifth Seal” by El Greco depicts the story from the Book of Revelation (6:9–11), where the souls of persecuted martyrs cry out to God for justice upon Earth.

St. John’s ecstatic figure dominates the scene, while behind him, naked souls respond with supreme emotion as they receive white robes of salvation.

The upper portion of the canvas has been cut down, as it was destroyed in 1880. This lost upper portion is believed to have depicted divine love.

Also called the “The Fifth Seal of the Apocalypse” or “The Vision of Saint John,” this painting was created in the last years of El Greco’s life for a side-altar of the church of Saint John the Baptist outside the walls of Toledo.

After the 1880 fire, the work was in such poor condition that it was restored by trimming by at least 175 centimeters (68.9 in), leaving John the Evangelist pointing nowhere.

“Two Girls with Parasols” by John Singer Sargent depicts the artist’s sister, Violet, in the foreground, and a friend walking in England’s Berkshire countryside.

This painting is an unfinished canvas, which reflects Claude Monet’s influence. Sargent was inspired by the Impressionist master and purchased four Monet works for his collection.

After he visited France, Sargent spent much time painting outdoors in the English countryside when not in his studio.

“Salvator Mundi” by Albrecht Dürer is an unfinished painting depicting Christ as Savior of the World. His right hand is raised in a blessing, and his left holds a crystal orb representing the earth.

Dürer began this work before he departed for Italy in 1505 and only completed the richly colored drapery painting.  The unfinished picture of the face and hands show Dürer’s detailed preparatory drawings.

Salvator Mundi is Latin for the Savior of the World. This theme is the subject of many iconography paintings depicting Christ.

Usually, his right hand is raised in blessing and his left hand holding an orb surmounted by a cross.

“Madame Cézanne in the Conservatory” by Paul Cézanne

“Madame Cézanne in the Conservatory” by Paul Cézanne is an unfinished portrait of the artist’s wife. This painting shows Cézanne’s working method.

Cézanne placed the head slightly off-center, between a tree and a plant, and then built up a pyramidal composition, brushstroke by brushstroke.

The subject, Marie-Hortense Fiquet Cézanne (1850 – 1922), was a former artist’s model who met Cézanne about 1869; they had a son in 1872 and later married. Paul Cézanne painted 27 portraits, mostly in oil of her, and she became his most-painted model.

Marie-Hortense Fiquet met Cézanne at a Paris art school. Artists painted the models who worked at the art school. Fiquet’s primary job was as a bookseller and bookbinder, but she combined this with part-time work as a model.

“Baptism of Christ” by Jacopo Bassano

“Baptism of Christ” by Jacopo Bassano was planned as an expressive and unique altarpiece in showing Christ’s baptism as a night scene. Bassano left it unfinished at his death in 1592, and his heirs retained it for over a century.

Bassano presents Christ’s baptism not as a sunny event in a pastoral landscape but as the foreshadowing of the suffering in the Passion of Jesus. The painting’s unfinished style can be seen as a step towards modernism.

Bassano’s pictures and those of his four sons, Francesco Bassano the Younger, Giovanni Battista da Ponte, Leandro Bassano, Girolamo da Ponte, all followed him closely, were popular in Venice because of their depiction of animals and nocturnal scenes.

“The Doge’s Palace Seen from San Giorgio Maggiore” by Claude Monet depicts the Venician leader’s palace,  bathed in warm light. The Impressionist work is painted with dappled brushstrokes in a bright palette of pinks, yellows, and blues.

The composition is divided into two horizontal zones. The upper part depicts the pink and white Venetian Gothic palace and the blue sky above. The lower part is filled with the Venetian lagoon’s rippling waters and the reflection of the buildings.

The palace facade is composed of diamond-patterned stonework of the walls, which are pierced by arched windows. The colonnaded arcades on the lower two floors create the darker shadowing.

The Lion of Venice column in the Piazzetta di San Marco is shown to the left, and Ponte della Paglia and the New Prison building to the right.

Monet painted the Doge’s Palace from several viewpoints during his three-month stay in Venice, from October to December 1908.