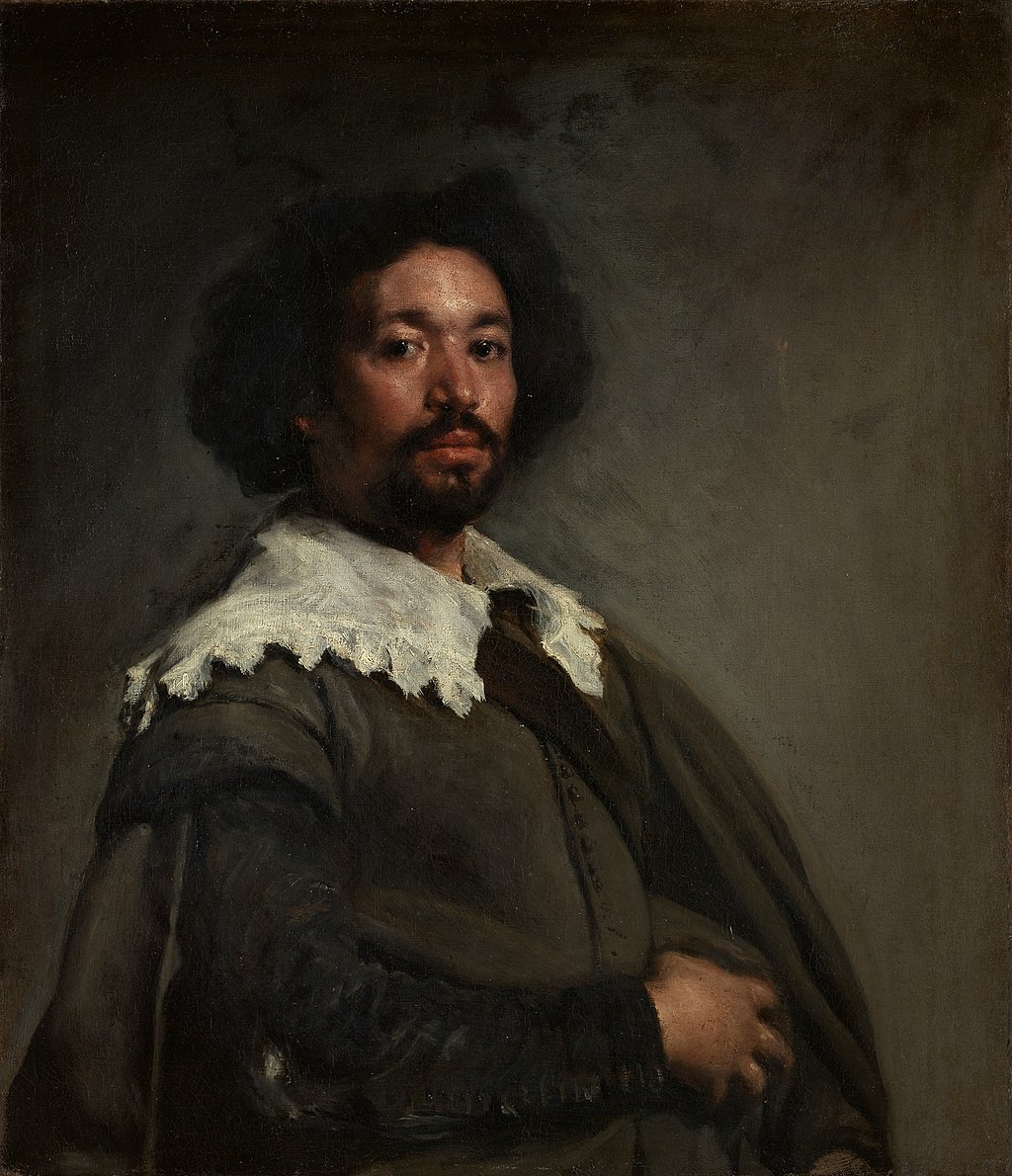 The Portrait of Juan by Diego Velázquez is a portrait of Velázquez’s enslaved assistant Juan de Pareja, who was owned by Velázquez at the time the painting was completed.

Velázquez painted this portrait in Rome, while he was traveling in Italy. It is the earliest known portrait of a Spanish man of African descent.

During Velázquez’s stay in Rome, he displayed this painting as part of a more extensive exhibition of paintings at the Pantheon in 1650. His contemporaries applauded the art as standing out as a model of realism.

Diego Velázquez, as the court painter to King Philip IV of Spain, was sent to Rome to purchase works of art for the King. Velázquez brought with him Juan de Pareja, who served as an assistant and who was of Moorish descent.

Diego Velázquez was the leading artist in the Spanish court of King Philip IV, and one of the most important painters of the Spanish Golden Age.

He was a unique artist of the contemporary Baroque period. In the early nineteenth century, Velázquez’s artwork became a model for the realist and impressionist painters.

More recently, modern artists, including Pablo Picasso, Salvador Dalí, and Francis Bacon, have paid tribute to Velázquez by recreating several of his most famous works.

Juan de Pareja (1606 – 1670) was a Spanish painter, born into slavery in Antequera. He was a member of the household and workshop of painter Diego Velázquez, who freed him in 1650.

Pareja was inherited by Velázquez and became an assistant in his painting after 1631. Juan de Pareja was born into slavery, the son of an enslaved African-descended woman and a white Spanish father.

Events during the time of Velázquez