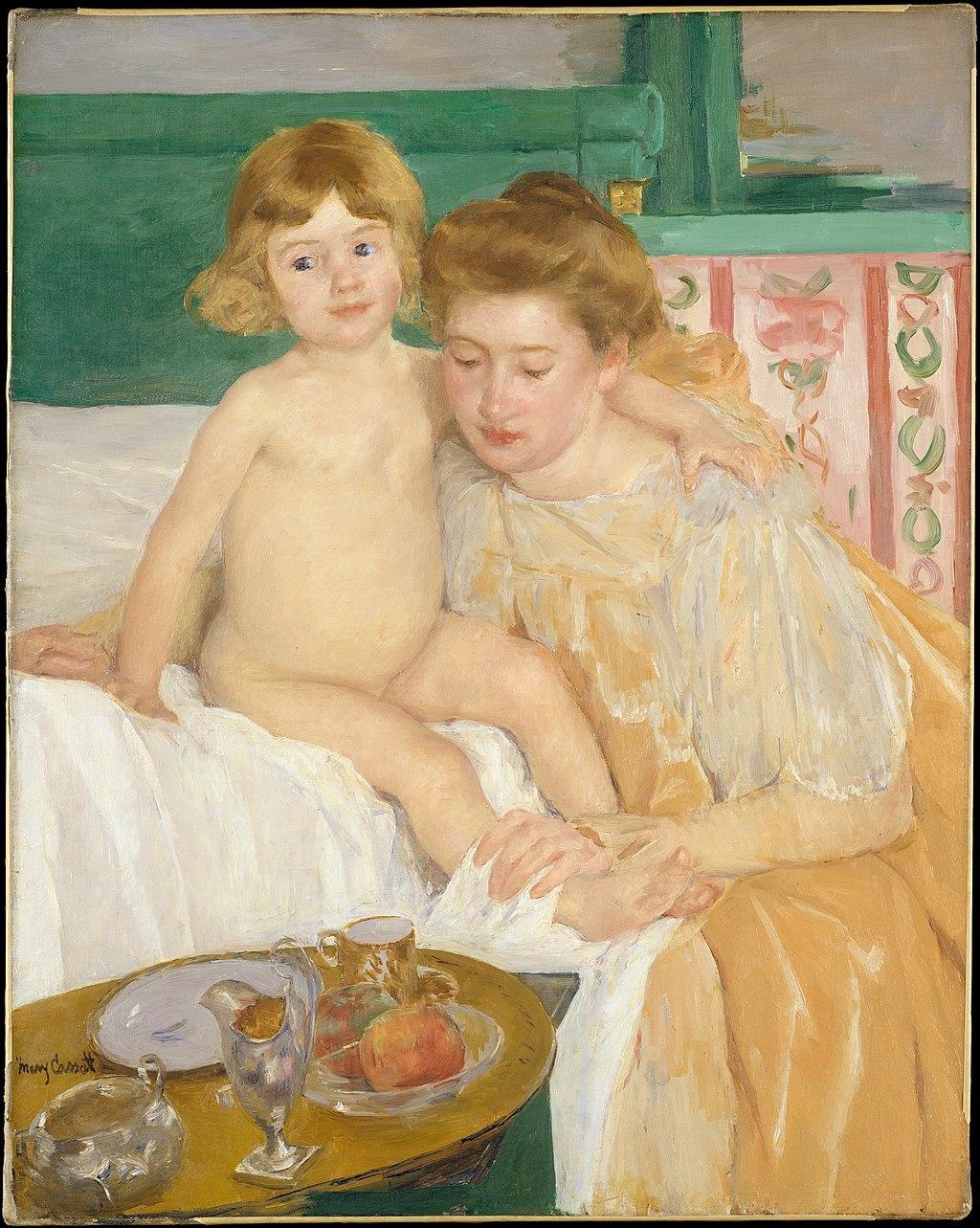 “Mother and Child” by Mary Cassatt

“Mother and Child” by Mary Cassatt depict a mother washing a child after getting up from his nap. The mother holds the child firmly and protectively while washing the child’s feet.

The right arm of the child embraces the mother’s neck and shoulder, while the other hand is used to balance its weight on the bed. The painting reflects the dignity of motherhood.

Cassatt’s artistic portrayal of women consistently reflected pride in the women’s role and the suggestion of a broader, more meaningful inner life.

In 1890, she was struck by the prints of the Japanese woodcuts and was drawn to the simplicity and clarity of the Japanese design, and the skillful use of blocks of color. Japanese prints and Degas inspired the perspective of this painting.

Mary Cassatt was a painter and printmaker, she was born in Pennsylvania, but she lived most of her adult life in France, where she befriended Edgar Degas and exhibited among the Impressionists.

Mother and Child (Baby Getting Up from His Nap)

“If you hear a voice within you say, ‘You cannot paint,’
then by all means paint, and that voice will be silenced.”
– Vincent Van Gogh