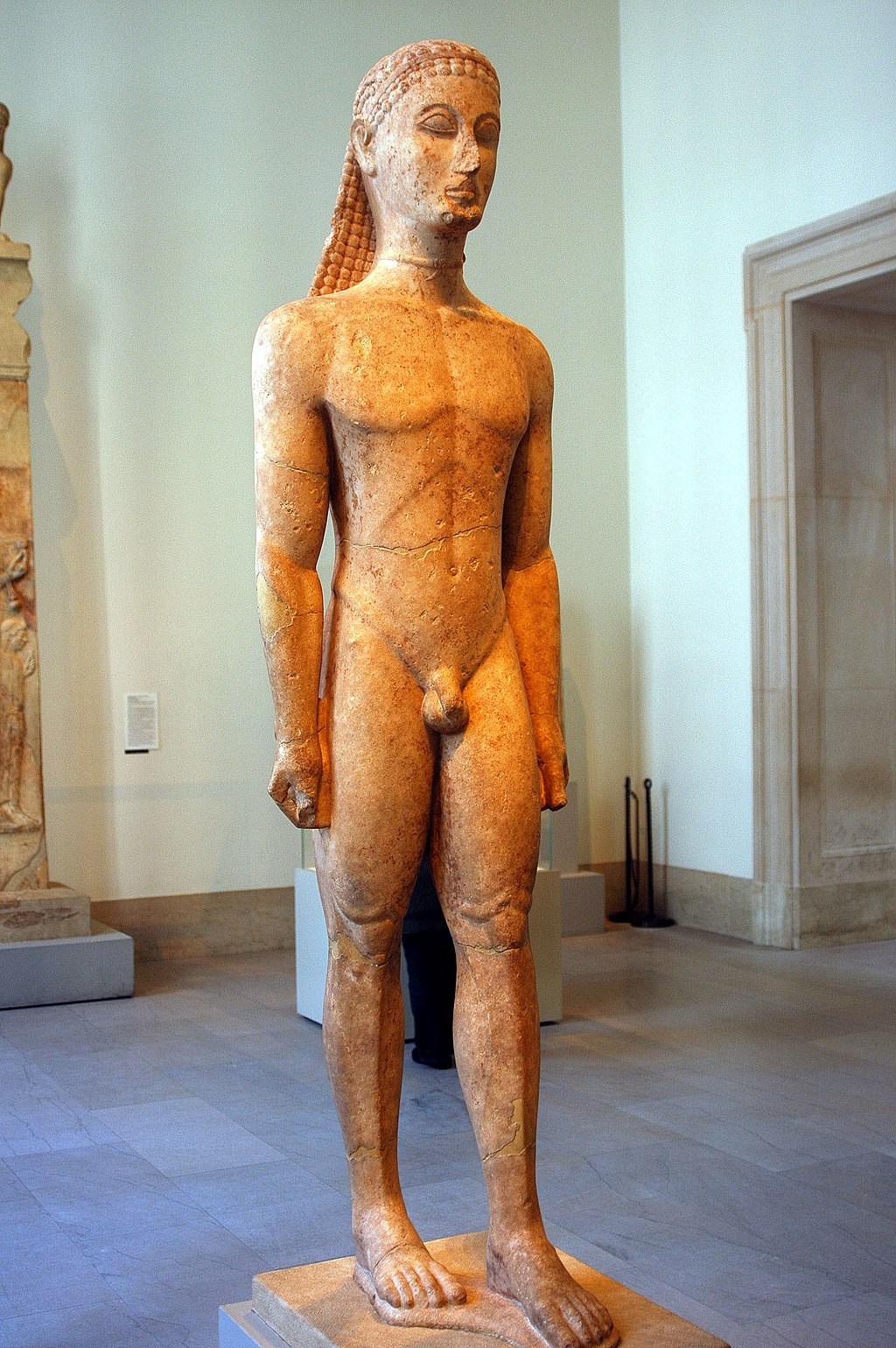 This marble statue of a Kouros is one of the earliest sculptures of a human figure carved in Athens from 590–580 B.C.

The statue was used to mark the grave of a young Athenian aristocrat. Kouros means youth, or boy, especially of noble rank, in ancient Greek.

The rigid stance with the left leg forward and arms straight down the side was derived and influenced by monumental Egyptian statues.

The Egyptian figures usually wore loincloths or other clothing and typically represented only the Kings of Egypt.

The Greek innovation was that sculpture is cut away from the stone and was not embedded in rock. There is also no stone holding the legs together.

There is more free space between the arms and the chest. In essence, this figure was freed from the rock.

This pose provided a simple style used by Greek sculptors in the 6th century B.C. as they learned the art of sculpting human figures.

This early sculpture featured geometric forms and anatomical details that were rendered in beautiful proportional patterns.

Greek marble nude sculpture evolved with experimentation. In the classical period, a century after this figure, Greeks made figures that stood in contrapposto.

Contrapposto was a more natural pose with a turned waist where the weight is shifted to one leg. The body became asymmetrical and more natural.

The athletes competed in the nude, and the Greeks considered that the athletes represented the ideal in humanity and culture.

Western art, through Roman copies of Greek nude sculpture, borrowed the artistic language of the nude.

Nudity portrayed the perfected ideal conceptually and moved the mind and the passions.

The Laocoön statues originated and evolved from the Statue of a Kouros.

This Statue of a Kouros was the beginning and birth of the Western art tradition of many sculptural masterpieces that we see in Art Museums today.