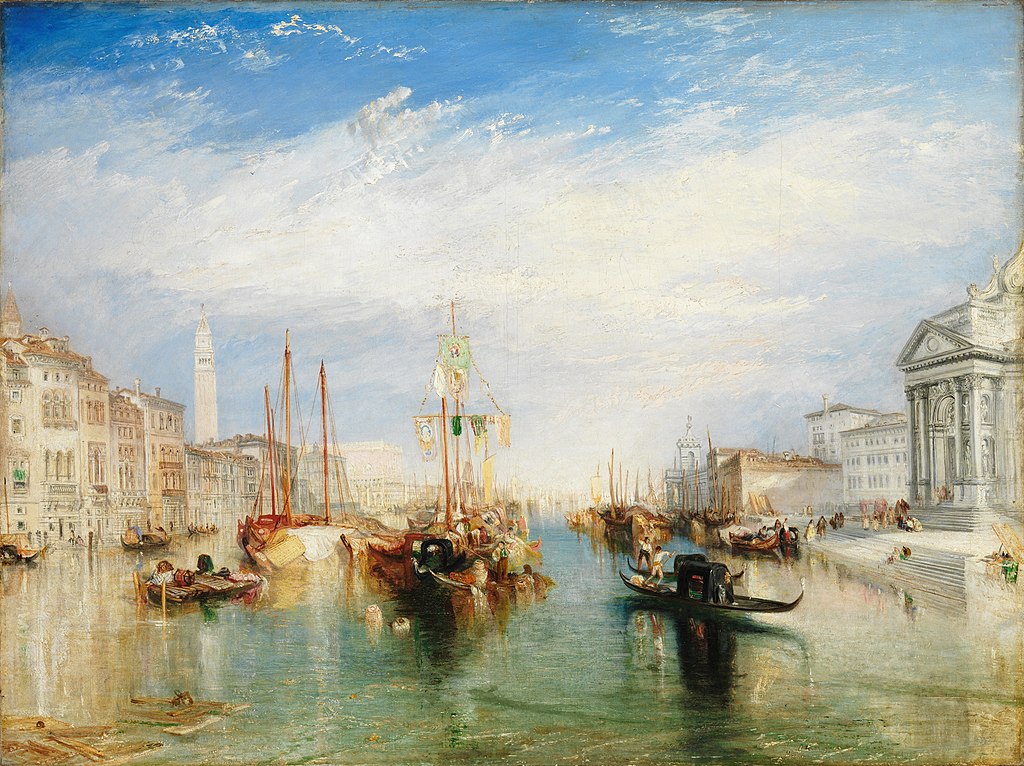 “The Grand Canal, Venice” by J. M. W. Turner was painted on his second visit to Venice, probably in 1833. Turner created a series of views of the city that displayed his interest in capturing a scene through the lens of his Romantic sensibility.

Turner was the master in portraying nature with dramatic light and color that permeates most of his paintings.

This painting is renowned for the way the foundations of the palaces of Venice merge into the waters of the canal through subtle reflections.

This painting was shown in 1835 at the Royal Academy, where it was well-received as one of his “most agreeable works.”

The Grand Canal is a channel of water that divides Venice, Italy, and forms one of the significant water-traffic corridors for the city.

The banks of the Grand Canal are lined with nearly 170 buildings, most of which date from the 13th to the 18th century, which represent the wealth and architecture created by the Republic of Venice during its height of power.

Venetian families competed to show off their wealth with palazzos facing the Grand Canal., also the churches along the canal include many famous basilicas.

Most of the palazzos emerge from water without pavement. Because most of the city’s traffic goes along the Canal rather than across it, only one bridge crossed the canal until the 19th century, the Rialto Bridge.