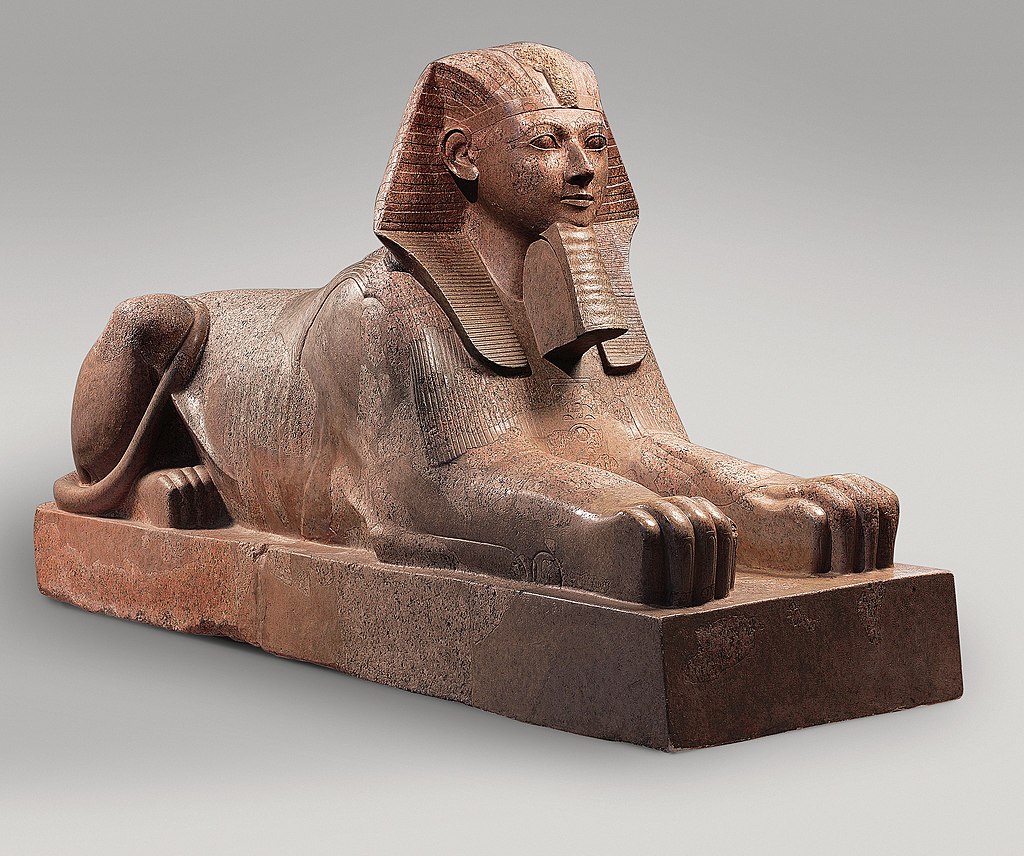 The Sphinx of the “Foremost of Noble Ladies”

Hatshepsut means “Foremost of Noble Ladies.” She was one of only two female pharaohs in Ancient Egyptian history, who ruled as full Pharaoh not just as a regent for a younger male relative.

She is the first significant female ruler in documented history. Born in 1507 BC, Hatshepsut came to the throne of Egypt in 1478 BC.

Officially, she ruled jointly with Thutmose III, who had ascended to the throne the previous year as a child of about two years old. Hatshepsut declared herself king sometime between the ages 2 and 7 of the reign of her stepson and nephew, Thutmose III.

This seven-ton granite Sphinx of Hatshepsut has the body of a lion and a human head wearing a head-cloth and royal beard.

The statue has the usual symbolic, powerful muscles of the lion and the idealized face used for pharaohs. This sphinx is one of several granite sphinxes that once stood in Hatshepsut’s mortuary temple at Deir el-Bahri.

Another Hatshepsut statue in the MET is the “Seated Statue of Hatshepsut,” which is a life-size limestone statue. It shows Hatshepsut in the ceremonial attire of the Egyptian king. 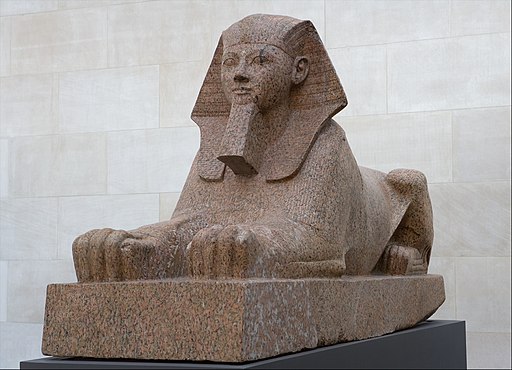 Many of the statuses of Hatshepsut were smashed into fragments or defaced at the orders of Hatshepsut’s nephew and successor Thutmose III and dumped in quarries.

Thutmosis III ordered that Hatshepsut name and memory be removed as a Pharaoh from Egyptian history and ordered her statues destroyed and her achievements erased.

The “Kneeling statue of Hatshepsut,” also in the MET, is an enormous kneeling statue, and many others like it were made for the procession pathway to Hatshepsut’s temple at Deir el-Bahri.

Each sculpture has an inscription that includes her name with the feminine pronoun or verb form. Thus the masculine dress and physique were not intended to deceive people into thinking that she was a man.

The aim was to depict Hatshepsut with all the symbolism associated with kingship.

The Egyptians believed that the spirit could live after death. But only if some remembrance of a body, a statue or name of the deceased remained in the land of the living.

By visiting and reflecting on Hatshepsut statues, we have fulfilled her hopes and beliefs.

The Sphinx of Hatshepsut

Erased from History: Hatshepsut, The Bearded Female King of Egypt

The Pharaoh that wouldn’t be forgotten

“What you are doing does not matter so much as what you are learning from doing it?”
– Ancient Egyptian Proverb