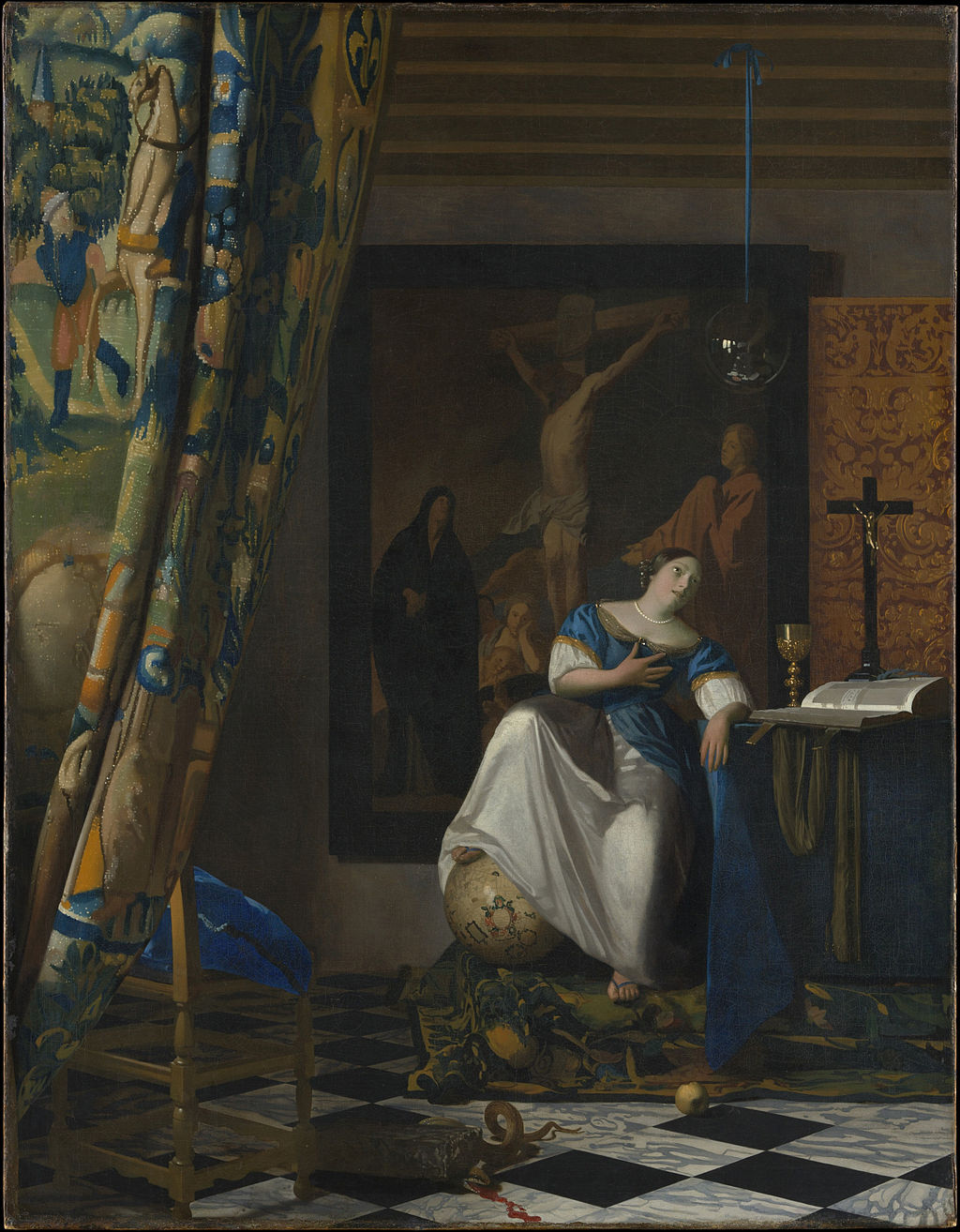 “The Allegory of Faith” by Johannes Vermeer

“The Allegory of Faith” by Johannes Vermeer was painted about 1670 and depicts a woman in an elegant white and blue satin dress with gold trimmings. She is surrounded by iconography related to faith.

She sits on a platform a step higher than the marble floor, her right foot on a terrestrial globe and her right hand on her heart as she looks up, adoringly, at a glass sphere hung from the ceiling by a blue ribbon.

Vermeer’s iconography in the painting is mostly taken from an academic book of allegorical illustrations. The book had accompanying moral themes, which had been translated into Dutch in 1644.

The book of allegorical illustrations provides many of the symbols in the painting. The symbolism includes the color of the woman’s clothing, her hand gesture, and the presence of the crushed snake and the apple.

Amongst the many symbols in this painting are the following:

The painting’s iconography also has Catholic symbolism influenced by Jesuit ideas. The woman’s left arm is resting on the edge of a table, which holds a golden chalice, a large book, and a dark-wood crucifix.

Behind the crucifix is a gilt-leather panel screen. Beneath the book is a long piece of priest’s cloth. Resting on top of the book is a crown of thorns on the far wall behind the woman, a large painting of Christ’s crucifixion.

Vermeer was born and raised Protestant but converted to Catholicism on the occasion of his marriage into a Catholic family.

Allegory in Art is used to illustrate or convey complex ideas and concepts in ways that are understandable or striking to its viewers.

The origins of Allegory can be traced at least back to Homer in his use of personifications of Terror (Deimos) and Fear (Phobos). There many Allegorical Paintings in museums including:

Vermeer and Allegory Through the Ages

The Art of Painting

Rembrandt vs Vermeer: The Titans of Dutch Painting