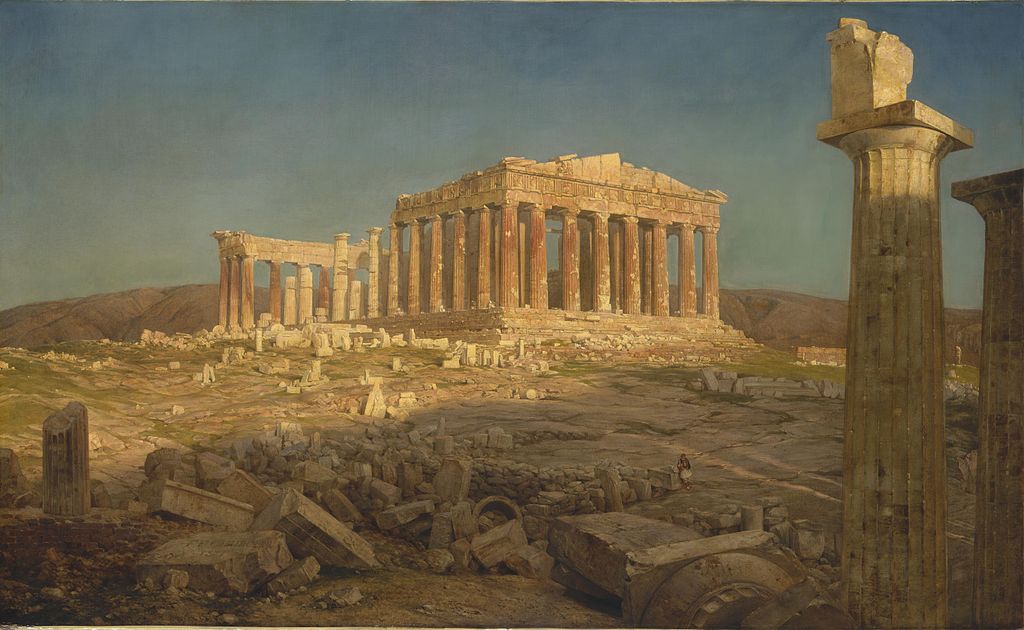 “The Parthenon” by Frederic Edwin Church

The Parthenon was a temple dedicated to the goddess Athena and was constructed over 2,500 years ago when the state of Athens was at the peak of its power.

The Athenians built the Parthenon as a celebration of their pan-Hellenic victory over the Persian invaders. It was also a thanksgiving to the gods for that victory.

The Parthenon replaced an older temple of Athena that was destroyed by the Persian in 480 BC.

Following the first destruction of the Acropolis by the Roman invasion of Athens, when successive Roman generals looted the Parthenon, it later became incorporated into the Byzantine Empire when the Parthenon was converted into a Christian church dedicated to the Virgin Mary.

He is best known for painting large landscapes, often depicting mountains, waterfalls, and sunsets. Church’s paintings emphasized realistic detail, dramatic light, and panoramic views. During his time, he was one of the most famous painters in the United States.

Parthenon on the Acropolis

The Acropolis and The Parthenon

Secrets of the Acropolis

“Earth proudly wears the Parthenon
As the best gem upon her zone.”
– Ralph Waldo Emerson