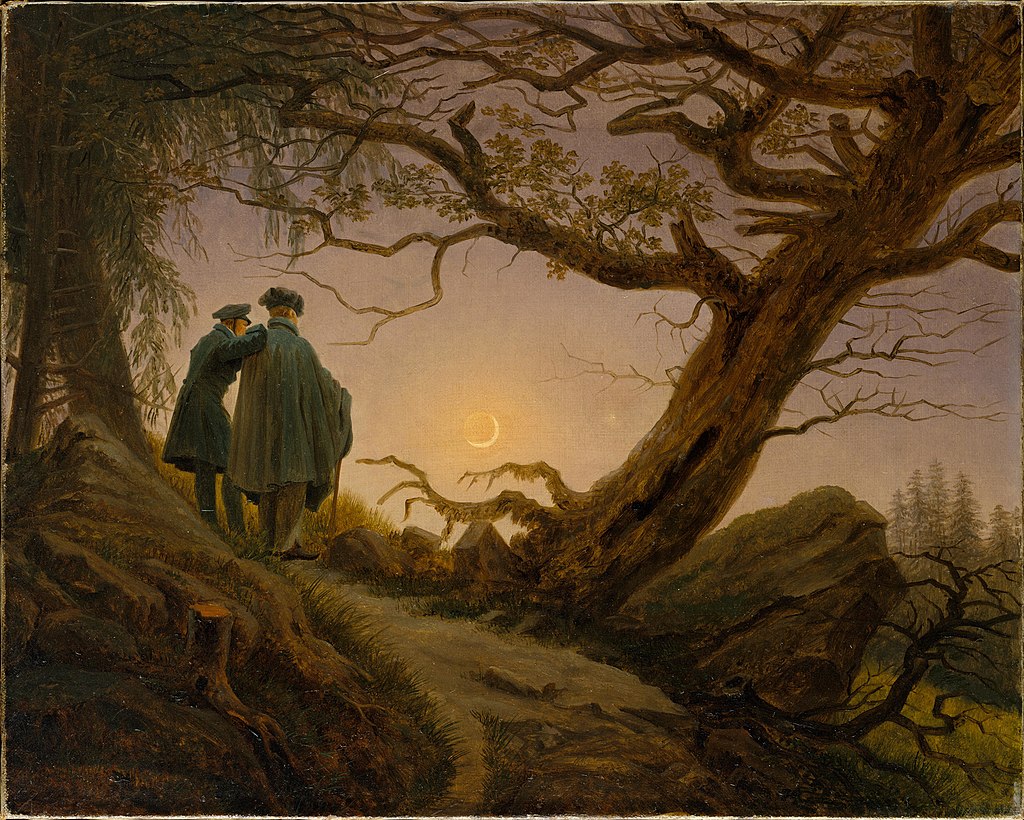 The man on the right is wearing a green cape and beret and has a walking stick in his right hand. The man on the left is standing on the slightly higher ground.

He is leaning on his companion’s shoulder. He is slimmer, looks younger, and is wearing a green coat and cap with its strap tied under his chin.

The works emphasize spirituality in nature and the presence of the sublime, which are dominant themes of Friedrich.

Friedrich painted at least three versions of this scene, with one variation featuring a man and a woman.

The 1819–20 version in the Galerie Neue Meister is thought to be the original, the 1824 variant with a woman is in the Alte Nationalgalerie, and the 1830 version is in the Metropolitan Museum of Art.

Playwright Samuel Beckett, standing before “Man and Woman Contemplating the Moon,” said, “This was the source of Waiting for Godot, you know.” 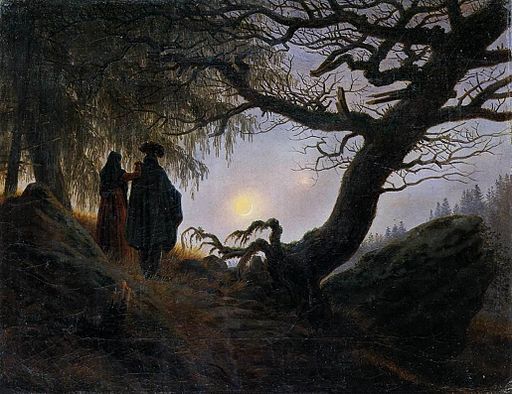 Man and Woman Contemplating the Moon

The rise of Nazism in the early 1930s saw a resurgence in Friedrich’s popularity. This was followed by a sharp decline when his paintings were associated with the Nazi movement.

They were interpreted as having a nationalistic aspect, fortunately in the late 1970s that Friedrich regained his reputation as an icon of the German Romantic movement.