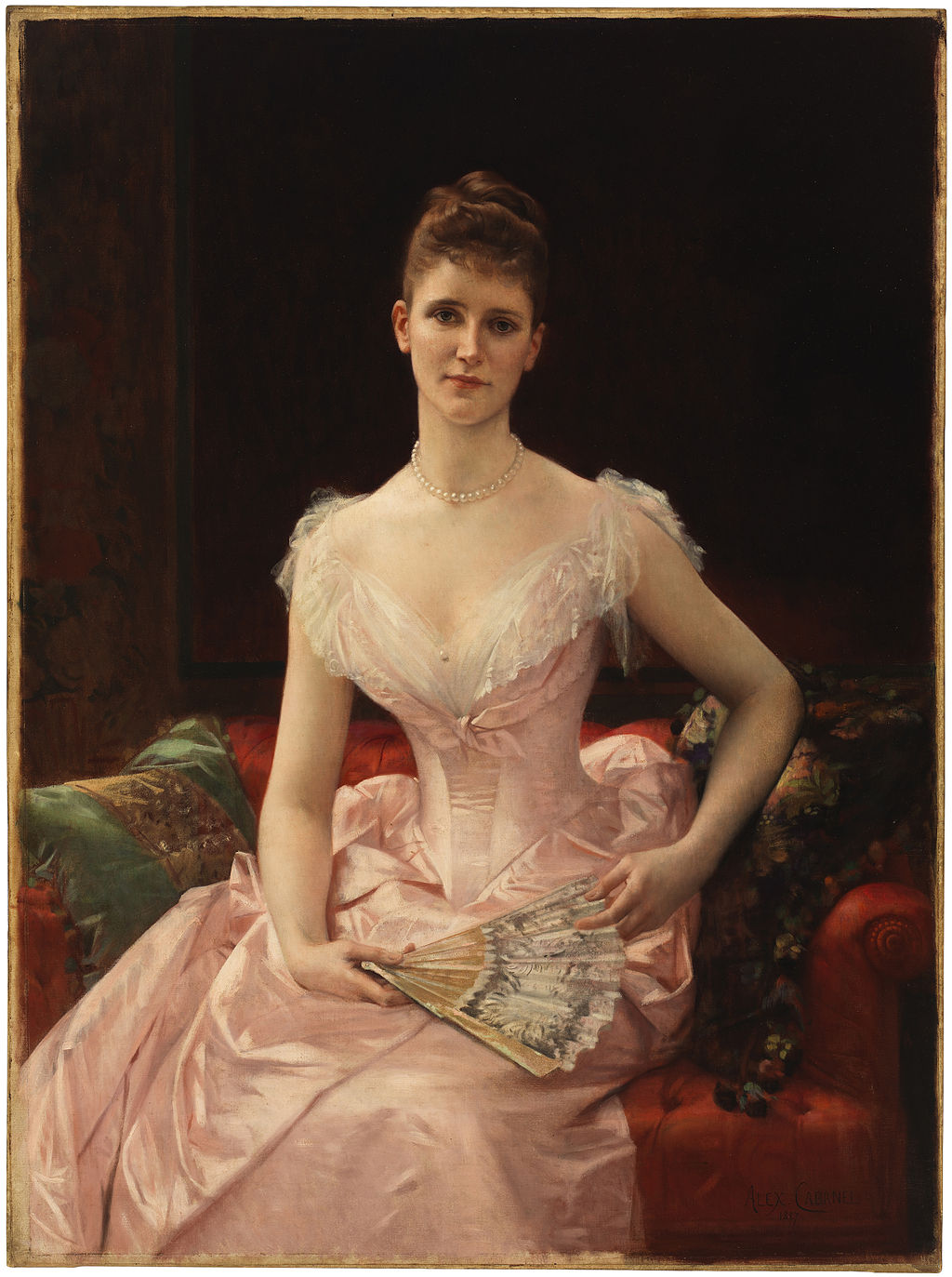 The couple was members of New York’s “Gilded Age,” a period from the 1860s until the early 1900s when wealth was accumulated, concentrated, and flaunted as never before in America.

Olivia was an American debutante of the 1870s, confident in her place at the highest level of society.

She was a descendant of landowning ancestors mentioned in the Doomsday Book who owned swaths of Surrey, and whose later descendants owned large tracts of land in Manhattan.

In 1877 she married Cutting, and like the Murrays, the Cuttings had been in America since the 18th century and well established.  Together they had four children.

In the United States, the Gilded Age was an era of rapid economic growth during the late 19th century, from the 1870s to about 1900.

The period saw an influx of millions of European immigrants. The rapid expansion of industrialization led to real wage growth.

However, the Gilded Age was also an era of poverty and inequality, as the high concentration of wealth became more visible and contentious.

The political landscape was notable because the election turnout was very high, and national elections saw two evenly matched parties.

In business, powerful nationwide trusts are formed in some industries. Many of the problems faced by society, especially the poor, gave rise to attempted reforms in the subsequent Progressive Era.

The term “Gilded Age” was derived from Mark Twain’s and Charles Dudley Warner’s 1873 novel “The Gilded Age: A Tale of Today.”

The Gilded Age: A Tale of Today

“The Gilded Age: A Tale of Today” is a novel by Mark Twain and Charles Dudley Warner published in 1873. It satirizes the greed and political corruption in post-Civil War America.

The title quickly became synonymous with graft, materialism, and corruption in public life. The novel gave the era the label to which it is now referred to as the Gilded Age.

The main story takes place in Washington, D.C., and satirizes the greed and corruption of the governing class. Twain also satirizes the social pretensions of the newly rich.

Alexandre Cabanel was a French painter who painted historical, classical, and religious subjects in the academic style, and he was also well-known as a portrait painter.

A Tour of the Museum of the City of New York

“Make your mark in New York, and you are a made man.”
– Mark Twain