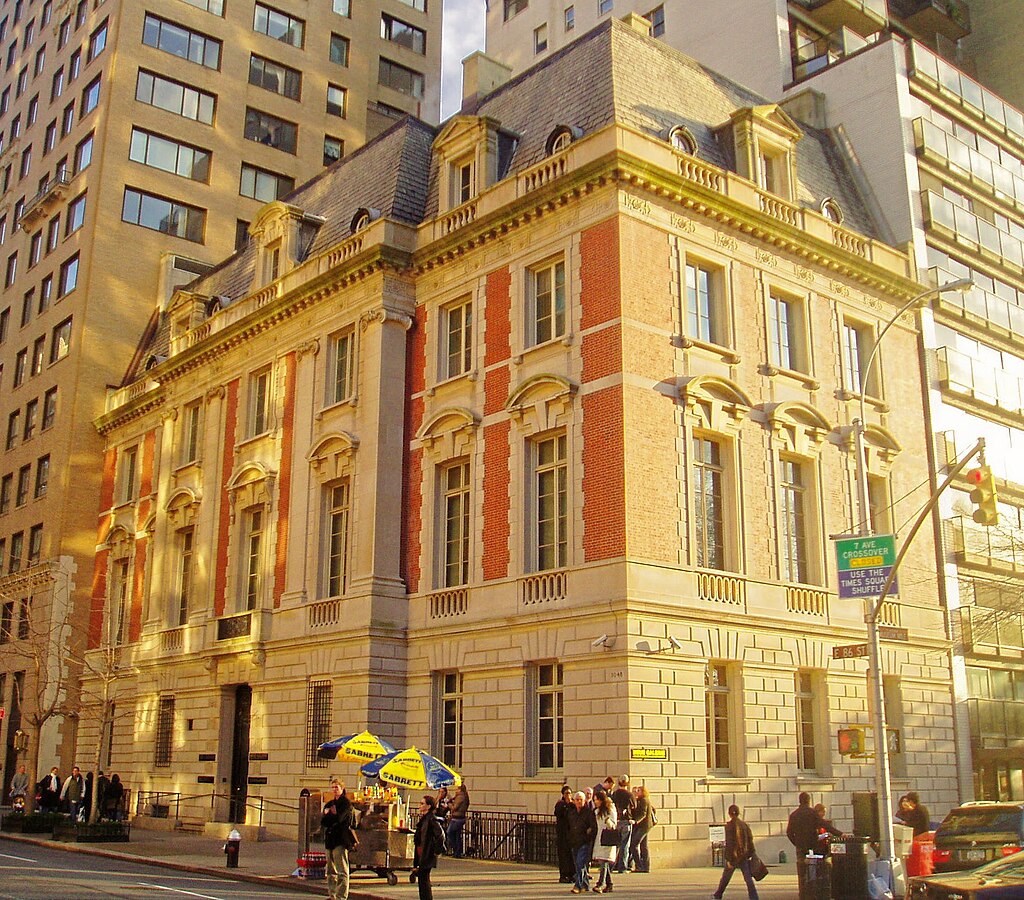 The Neue Galerie New York which is German for “New Gallery” is a museum dedicated to early twentieth-century German and Austrian art and design.

The Neue Galerie is located in the William Starr Miller House at 86th Street and Fifth Avenue in New York City.

Established in 2001, it is one of the most recent additions to New York City’s famed Museum Mile, which runs from 83rd to 105th streets on Fifth Avenue in the Upper East Side of Manhattan.

The collection of the Neue Galerie houses works of fine art and decorative art from early twentieth-century Austria and various German works from the same era.

Portrait of Adele Bloch-Bauer I

“Portrait of Adele Bloch-Bauer I” by Gustav Klimt is also called “The Lady in Gold” or “The Woman in Gold” is a portrait commissioned by Adele’s husband.

This picture is the most significant representative work of Klimt’s golden phase. It was the first of two depictions of Adele by Klimt.

Klimt drew over a hundred preparatory sketches for the portrait starting is 1903.

During that year, Klimt visited the Basilica of San Vitale in Ravenna where he studied the early-Christian Byzantine gold mosaics of Justinian I and his wife, Empress Theodora.

The mosaics made a deep impression on Klimt. Klimt later said that the:  “mosaics of unbelievable splendor” were a “revelation.”

“Berlin Street Scene” by Ernst Ludwig Kirchner depicts two prostitutes with potential clients. One of the clients is facing the viewer, and one is facing the women.

The women are seen wearing very colorful clothing with elaborate lace collars and high-fashion hats. The women are looking at the two men provocatively. One of the men is paying attention, and the other is looking away.

The background is a busy street scene with a hackney carriage and a sign of the tram line. The style of capturing just a moment in the street life is emphasized by the tight focus, rather than the full-length detail of the foreground figures.

Influences of Italian Futurism are evident in the dynamic of the work, and the angular language of Cubism is apparent.

“The House of Guardaboschi” by Gustav Klimt

“The House of Guardaboschi” by Gustav Klimt echos his early artistic career, as a successful painter of architectural decorations in a conventional manner.

Beginning in the late 1890s, he took annual summer holidays on the shores of Attersee and painted many of his landscapes there.

These landscapes constitute the only genre aside from portrait painting that seriously interested Klimt.

Gustav Klimt became a Symbolist painter and one of the most prominent members of the Vienna Art Nouveau movement.

Degenerate Art at the Neue Galerie in New York

“Give me such shows — give me the streets of Manhattan!”
– Walt Whitman