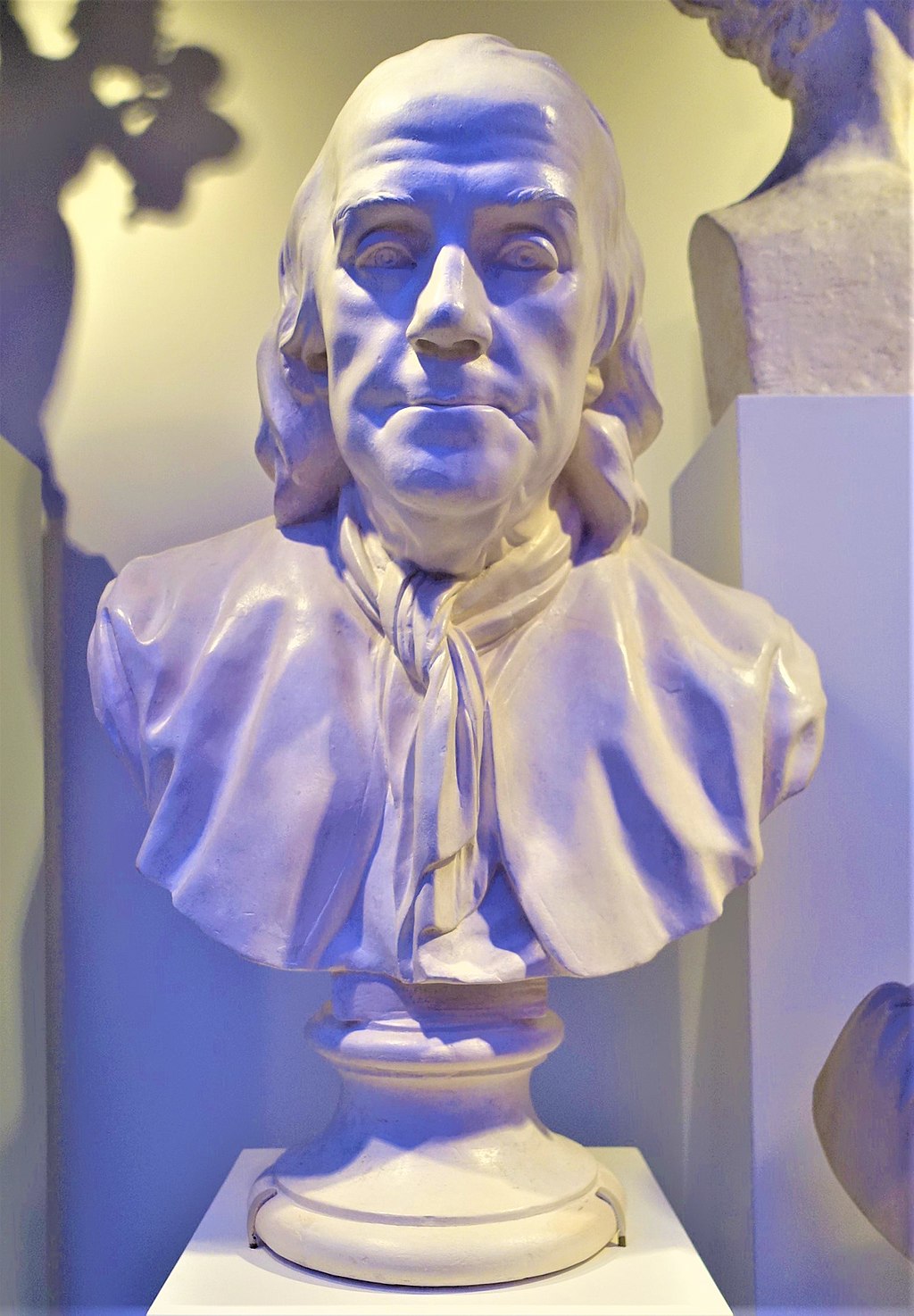 This “Benjamin Franklin” by Jean-Jacques Caffiéri was created while Franklin was serving as ambassador to France. Franklin was delighted to sit for this bust by the royal sculptor to King Louis XV of France.

Franklin was aware that his image was in demand, so he ordered eight plaster versions, which he gave to friends. This is one of the eight based on the original.

The original bust signed and dated 1777, is in the Bibliotheque Mazarine in Paris. Franklin charmed the French with what they perceived as rustic New World genius.

Benjamin Franklin (1706 – 1790) was one of the Founding Fathers of the United States. Franklin was a renowned polymath and a leading author, printer, political theorist, politician, Freemason, postmaster, scientist, inventor, humorist, civic activist, statesman, and diplomat.

As the first United States Ambassador to France, he exemplified the emerging American nation.

His colorful life and legacy of scientific and political achievement and his status as one of America’s most influential Founding Fathers have seen Franklin honored in many ways.

Including the naming of many towns, counties, educational institutions, and corporations and many cultural references to Benjamin Franklin.

Jean-Jacques Caffieri was appointed royal sculptor to Louis XV and is best known for his portrait busts, in terracotta or marble. He was born in Paris and came from a family of sculptors from Italy.

Ben Franklin: The Art of Communication

A Tour of the New-York Historical Society

“He that can have patience can have what he will.”
– Benjamin Franklin