The main Museum is located in the decommissioned Court Street subway station in Brooklyn. There is also a smaller satellite Museum Annex in Grand Central Terminal in Manhattan.

Due to the proximity of other stations, the Court Street station was closed as a public station in 1946. However, it is still a functioning subway station, and trains are moved into and out of the exhibits using its tunnels. The station was a two-track, one-island platformed station while in service.

The Museum opened in the decommissioned underground station in 1976. In the mid-1990s, the Metropolitan Transportation Authority (MTA) assumed control of the Museum, and the scope of the Museum was expanded to include commuter rail and roads, tunnels, and bridges.

The Museum includes subway, bus, railway, bridge, and tunnel memorabilia; and other exhibits including signage and advertisements; and models and dioramas of subway, bus, and other transit equipment.

Artifacts from historic subway and bus operations, as well as NYC transportation infrastructure, are on display. The station has also been used for movies and remains in demand for filming, as well as to host private events.

The New York Transit Museum Gallery Annex and Store opened in 1993 at Grand Central Terminal. It houses a gift shop as well as a space for rotating temporary exhibitions. 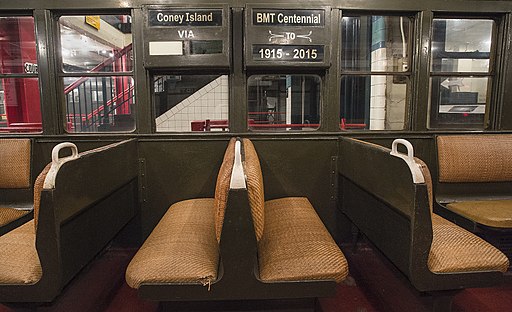 Virtual Tour of the Museums in Washington, D.C.

“The words of the prophets are written on the subway walls and tenements halls and whispered in the sounds of silence.”
– Paul Simon