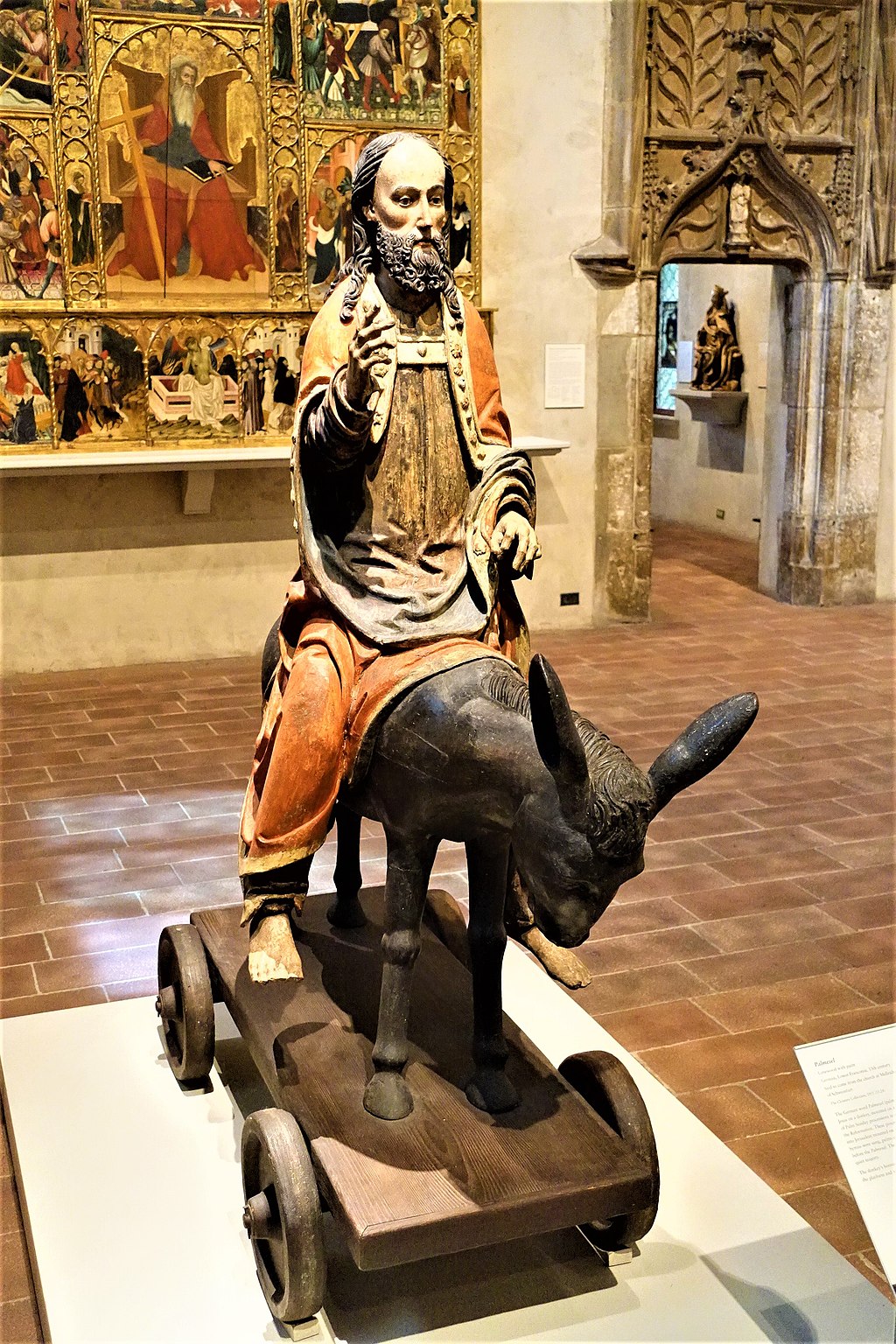 “Palmesel” is the German word for “palm donkey” and refers to the statue of Jesus on a donkey, mounted on a platform with wheels, and is used in Palm Sunday processions. Palm Sunday is a Christian feast that falls on the Sunday before Easter.

The feast commemorates Jesus’ triumphal entry into Jerusalem, an event mentioned in the four canonical Gospels.

In many Catholic and Episcopal denominations, worship services on Palm Sunday include a procession of the faithful carrying palms or other plant branches.

The branches representing the palm branches the crowd scattered in front of Jesus as he rode into Jerusalem.

These parades, which reenacted Christ’s entry into Jerusalem mounted on a donkey, were pageants with hymn singing and palms strewn on the ground before the Palmesel.

The tradition started with the village pastors riding on a donkey at the Palm Procession. However, the donkey often misbehaved and was eventually replaced by a wooden donkey with a riding Christ figure.

The Palmesel tradition was rolled back at the time of the Enlightenment. Its use in church celebrations was forbidden in many places.

In Salzburg, for example, Archbishop Hieronymus of Colloredo banned such “theatrical representations” of liturgical events in 1779, and this led to the destruction of many Palmesel.

This 600-year-old Palmesel figure of Jesus from Franconia, Germany, has an air of quiet majesty. The donkey’s hooves and the fingers on Christ’s hands are restored, the platform and wheels are modern.

Tour of the Cloisters

“I never considered a difference of opinion in politics, in religion, in philosophy, as a cause for withdrawing from a friend.”
– Thomas Jefferson