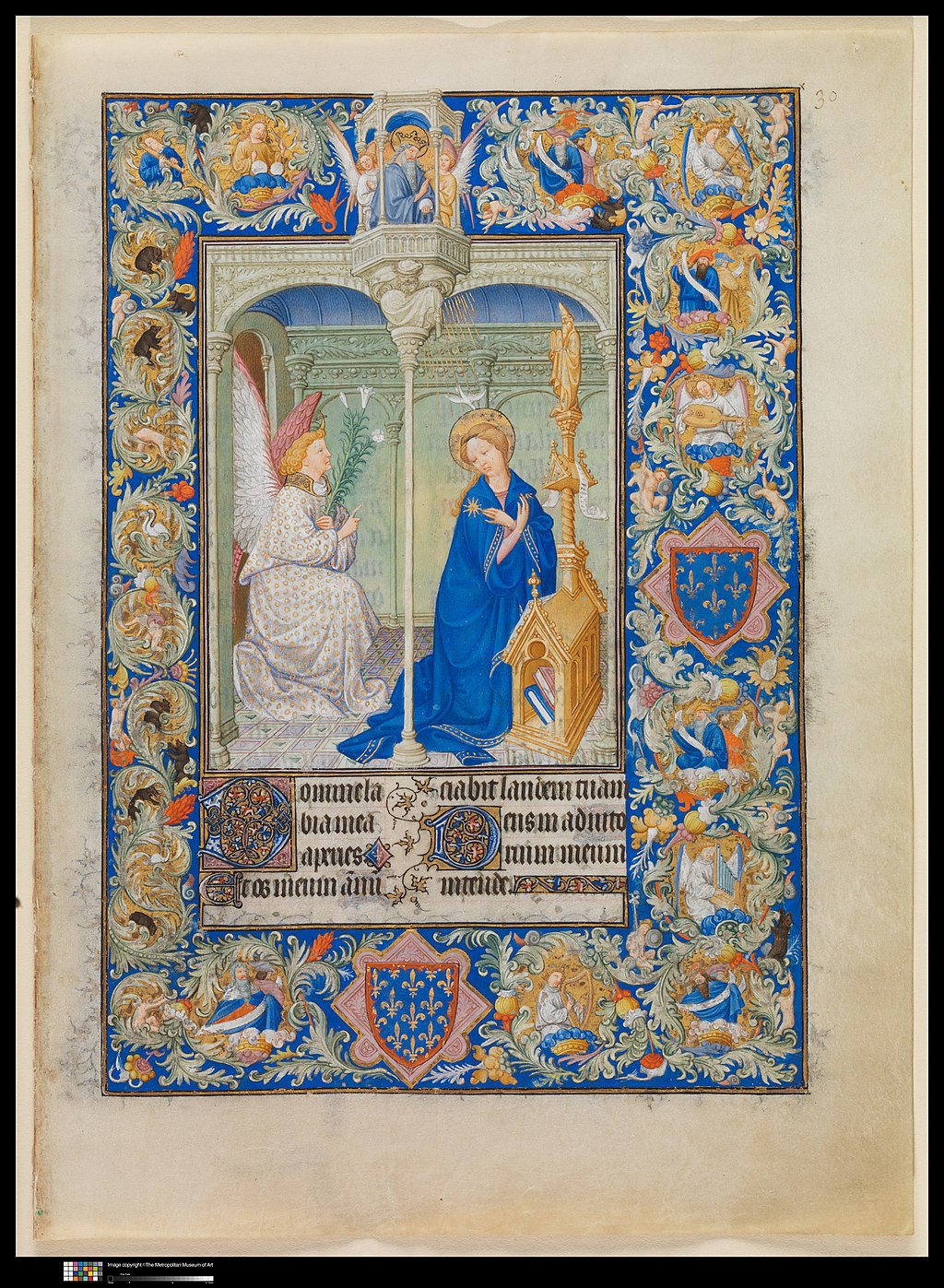 The “Belles Heures” or “The Beautiful Hours” is a beautifully illuminated manuscript book containing prayers to be said by the faithful at each canonical hour of the day.

The French Duke of Berry (French: Jean, Duc de Berry) commissioned this book in 1409 for his private use. Belle Heures was designed for his wishes and is famous because of its many lavish decorations.

The “Belles Heures” consists of a series of story-like cycles that reads like picture books. One hundred seventy-two illuminations in miniature are painted in the “Belles Heures,” mainly within rectangular borders.

However, the illuminators sometimes experimented by breaking across the boundaries to accommodate images that extending beyond the frame. The picture cycles are devoted to Christian figures or events that held particular significance for the Duke.

An unusual aspect of this specific book of hours is that unlike others, each of the cycles consists of a series of miniatures that are uninterrupted by text.

The shortest sequence, the Legend of the Cross, which consists of three miniatures, the most extended cycle, the life of St. Jerome, includes twelve miniature paintings.

The original red velvet covers with golden clasps have disappeared. However, the book remains in remarkably good condition, and the illustrations appear as vibrant and fresh as the day they were painted.

Fortunately, only the best materials were used in its creation, and it was kept for private use, so it was well protected. Also, the book was carefully preserved as a prized possession in the libraries of successive owners.

The artists were the Limbourg brothers, Herman, Paul, and Johan, who were famous Dutch miniature painters. They were active in the early 15th century in France and Burgundy, working in the International Gothic style.

They were known for illuminated manuscripts and miniature paintings. Unfortunately, in 1416, Jean de Berry and the three Limbourg brothers, all under 30 years old, died, possibly of the plague.

The Belles Heures remains the only complete book from the hand of the Limbourg brothers.

A Tour of the Cloisters

The Tres Riches Heures of Jean Duke of Berry

The Belles Heures Since the Duc de Berry

“The Study of philosophy is not that we may know what men have thought,
but what the truth of things is.“
– Thomas Aquinas