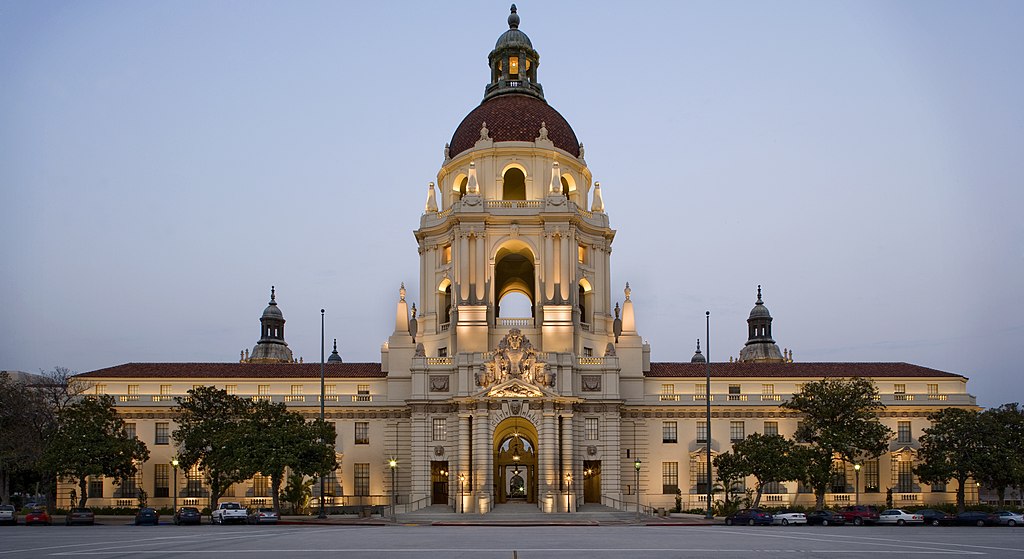 Pasadena is a city in Los Angeles County, California, known for hosting the annual Rose Bowl football game and Tournament of Roses Parade.

Pasadena is also home to many scientific and cultural institutions, including Caltech, Pasadena City College, ArtCenter College of Design, the Pasadena Playhouse, the Norton Simon Museum, the USC Pacific Asia Museum, and the Jet Propulsion Laboratory.

Pasadena is home to several art museums, including the Norton Simon Museum. Preserving the history and culture of Pasadena and its adjacent communities is the Pasadena Museum of History.

It is located on a campus with a history center, the Finnish Folk Art Museum, the Curtin House, and the Fenyes Mansion, a 1906 Beaux Arts-style architectural residence and a Pasadena Cultural Heritage Landmark.

The Pacific Asia Museum features art from the many countries and cultures of Asia. The Pasadena Museum of California Art hosts changing exhibitions of work by California artists.

The Armory Center for the Arts has an extensive exhibition program as well as serving as a center for art education.

Art Center College of Design offers exhibitions at its Williamson Gallery. Pasadena City College has an art gallery that shows work of professionals, as well as exhibiting work by students and faculty.

The Huntington Library and Botanical Gardens are adjacent to Pasadena in the city of San Marino. The Kidspace Children’s Museum is located in Brookside Park.

Highlights Tour of the Museums in Pasadena, California

The Norton Simon Museum, which comprises over11,000 objects with no more than 800 or 900 of those pieces are on display at any one time.

The museum also mounts temporary exhibitions that focus on a particular artist, an art movement, or an artistic period.

In 2007, the museum’s board agreed to circulate select works to museums, including the National Gallery in Washington.

The Gamble House is an iconic American Craftsman home constructed in 1908. Today it is an “American National Historic Landmark” and an Arts and Crafts masterpiece.

The three-story Gamble House was influenced by traditional Japanese aesthetics and by Californian craftsman, spaciousness, and climate.

The American Arts and Craftsman style architecture focused on the use of natural materials, attention to detail, aesthetics, and craftsmanship.

The house was built on a grassy knoll overlooking Pasadena’s Arroyo Seco, a seasonally dry river bed. The house was designed to fit the environment and complement the rustic setting.

The building is enmeshed with the landscape using a blend of human-made materials and natural materials such as granite and creeping vegetation that grows up onto the foundations of the terrace and steps.

The Huntington Library, Art Museum and Botanical Gardens, known as The Huntington, is a collections-based educational and research institution.

In addition to the library, the museum houses an extensive art collection, and the property includes 120 acres (49 ha) of botanical landscaped gardens.

The Huntington’s art collection has a focus on 18th- and 19th-century European art and 17th- to mid-20th-century American art.

The European art collection, consisting mainly of British & French paintings, sculptures, and decorative arts and is housed in the original Huntington residence.

Mission San Gabriel Arcángel is a functioning Roman Catholic mission and a historical landmark in California. The settlement was founded by Spaniards of the Franciscan order in 1771, as the fourth of what would become twenty-one Spanish missions in California.

The San Gabriel church, completed in 1805, features a Moorish, “fortress-like” appearance, with capped buttresses and long narrow windows along the prominent sidewall. This style is similar to the Cathedral in Córdoba, Spain.

The Mission’s layout had a traditional quadrangle, with soldiers’ barracks, neophyte housing, warehouses, and other structures extending out from the central compound.

Within fifteen years of its founding, San Gabriel had 1,000 neophytes. The highest population recorded was 1,701 in 1817.

A large stone cross stands in the center of the Campo Santo cemetery, it was first consecrated in 1778. It serves as the final resting place for some 6,000 “neophytes.”

Virtual Tour of Museums in California