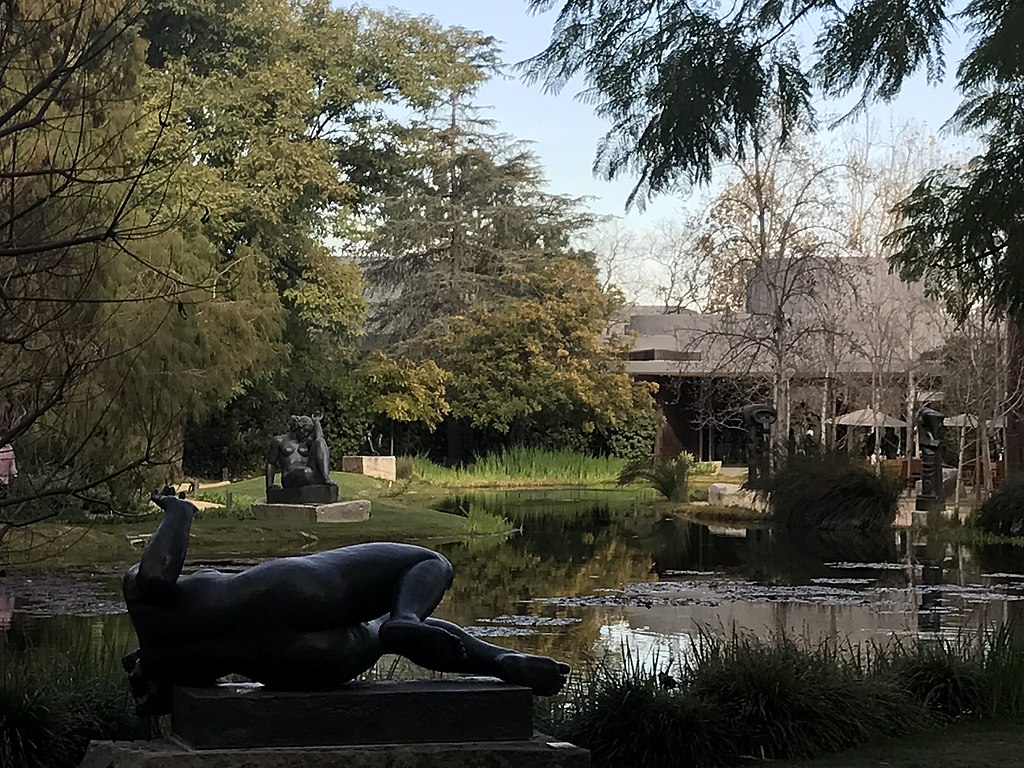 The Norton Simon Museum, which comprises over11,000 objects with no more than 800 or 900 of those pieces are on display at any one time.

The museum also mounts temporary exhibitions that focus on a particular artist, an art movement, or an artistic period.

In 2007, the museum’s board agreed to circulate select works to museums, including the National Gallery in Washington.

In 2009, it entered into a reciprocal loan agreement with the Frick Collection in New York City.

A Virtual Tour of the Norton Simon Museum

“Canoe on the Yerres River” by Gustave Caillebotte

The town now owns the estate and its magnificent garden and is now open to visitors.

The inscription in the book introduces the Nones, which is recited daily by all monastic communities. The Nones commemorates Christ’s Crucifixion and Death.

The Christ Child with eyes turned to heaven, contemplates his sacrifice as man’s Redeemer. Raphael has created a meditation piece of profoundly quality, which explains why Raphael’s Madonna and Child Paintings were in such high demand.

“Portrait of the Artist’s Mother” by Vincent van Gogh

Van Gogh was introduced to art through his mother, who was herself an amateur artist. After years of strained relations with family members, Van Gogh excitedly shared some of his works he thought his mother would appreciate most, of flowers and natural settings.

In this painting, Van Gogh captures his mother as a proud middle-class woman against a green background.

“The Holy Women at the Sepulchre” by Peter Paul Rubens

“The Holy Women at the Sepulchre” by Peter Paul Rubens depicts the third day after the Crucifixion when the women who were visiting Christ’s tomb were greeted by two angels.

The angels who were surrounded by a shining light deliver the astonishing news of the Resurrection. Each of the women reacts differently to this miraculous announcement, contemplating the significance of what they have heard.

Rubens, who had been significantly influenced by the Roman sculptural art that he experienced during his time in Rome, creates a highly sculptural effect for this dramatic composition.

Rubens used highly rounded forms, with precise contours and vibrant colors, to create creat energy and movement in the picture.

“Salome with Head of John the Baptist” by Titian

This daughter of Herodias is identified as Salome. Herodias, her mother, bore a grudge against John for proclaiming that Herod’s marriage to her was unlawful, so she encouraged her daughter to demand that John be executed.

Map for the Norton Simon Museum

“The essence of all beautiful art, all great art, is gratitude.”
– Friedrich Nietzsche