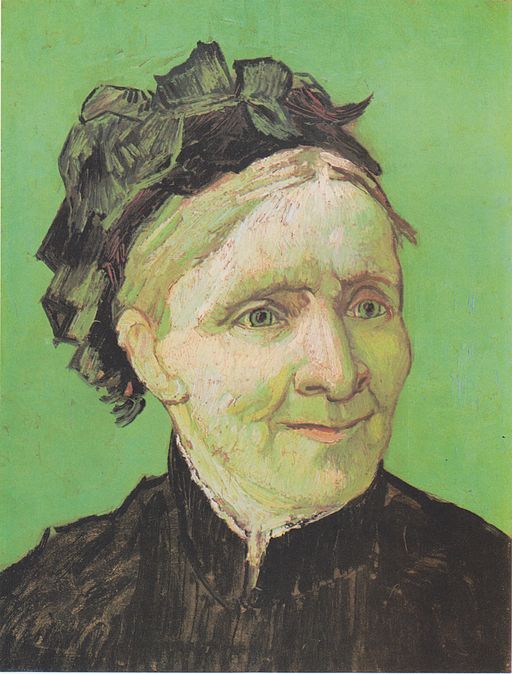 “Portrait of the Artist’s Mother” by Vincent van Gogh

Van Gogh was introduced to art through his mother, who was herself an amateur artist. After years of strained relations with family members, Van Gogh excitedly shared some of his works he thought his mother would appreciate most, of flowers and natural settings.

In this painting, Van Gogh captures his mother as a proud middle-class woman against a green background.

Van Gogh had set out to complete a series of portraits of his family. In a letter to his brother Theo, Van Gogh wrote:

“I am doing a portrait of Mother for myself. I cannot stand the colorless photograph, and I am trying to do one in a harmony of color, as I see her in my memory.”

Van Gogh’s most famous paintings today are landscapes; however, his ambition was to paint portraits. He said of portrait studies:

“the only thing in painting that excites me to the depths of my soul, and which makes me feel the infinite more than anything else.”

As much as Van Gogh liked to paint portraits of people, there were few opportunities for him to pay for models for his work. This lack of models for portraits may have been another factor in his many self-portraits, which are also highly popular today.

Anna Carbentus van Gogh (1819 – 1907) was an amateur artist who enjoyed making drawings of plants and flowers and was a keen watercolorist.

She came from a large family, one of eight children. She raised six children and enjoyed sharing her love of art with her children. Among Vincent’s earliest drawings are copies of his mother’s sketches of a bouquet of flowers and thistles.

Anna’s husband, Theodorus van Gogh, was a pastor, which was a long-standing family profession. Theodorus, known for his looks and long sermons, came from a family of eleven children. 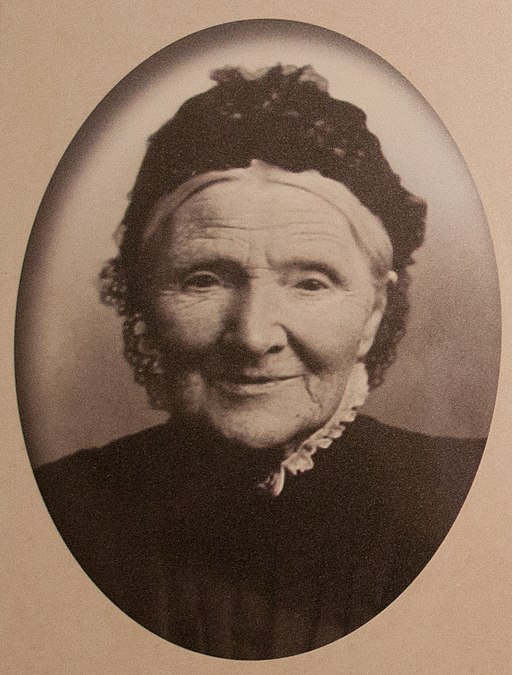 Anna and Theodorus devotedly served the rural communities in which they were stationed, and they modeled their religious beliefs. Vincent van Gogh’s parents believed that God was omnipotent, continually watching over them.

They taught their children to look for God’s presence in nature, such as in the shape of the clouds and in the colors in the sunsets.

Van Gogh was sent to boarding schools at the age of eleven, which initiated his lifelong feelings of exile. Van Gogh felt even more removed from the family after failing in his initial career choices as an art dealer and the ministry.

When he decided to become an artist, his family suggested more lucrative vocations, which widened the division between Vincent and his family.

Van Gogh’s manner of dress, behavior, and love life was unsettling and embarrassing to the family.

By the age of 28, Vincent had developed his personal view of the world, and he realized it was quite different from that of his parents.

To his brother, Theo, he wrote:

“I can’t settle into Father’s and Mother’s system; it is too stifling and would suffocate me.”

When Vincent was hospitalized in Arles in 1888–1889, his mother wrote to Theo:

“I believe he was always ill, and his suffering and ours was a result of it. Poor brother of Vincent, sweetest dearest Theo, you to have been very worried and troubled because of him … I would ask, ‘Take him, Lord.'”

Portrait of the Artist’s Mother

Highlights of the Norton Simon Museum

The Life of Van Gogh – The Film