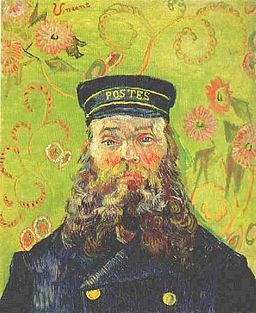 Portrait of the Postman Joseph Roulin by Vincent van Gogh

“Portrait of the Postman Joseph Roulin” by Vincent van Gogh is one of six paintings that van Gogh painted of his close friend, from the southern French town of Arles.

Joseph Roulin, the local postman, was one of his favorite sitters in Arles. Van Gogh wrote to his brother:

“I am now at work with another model, a postman in a blue uniform, trimmed with gold, a big bearded face, very like Socrates.”

Van Gogh painted several portraits of Joseph Roulin and Madame Roulin, as well as their children. The “Roulin Family” is a group of portrait paintings that Vincent van Gogh painted in Arles in 1888 and 1889.

Van Gogh loved to paint portraits. However, it was difficult for financial reasons for him to find models. Fortunately, the entire family agreed to sit for Van Gogh over several sittings, and each was a delight for Van Gogh. 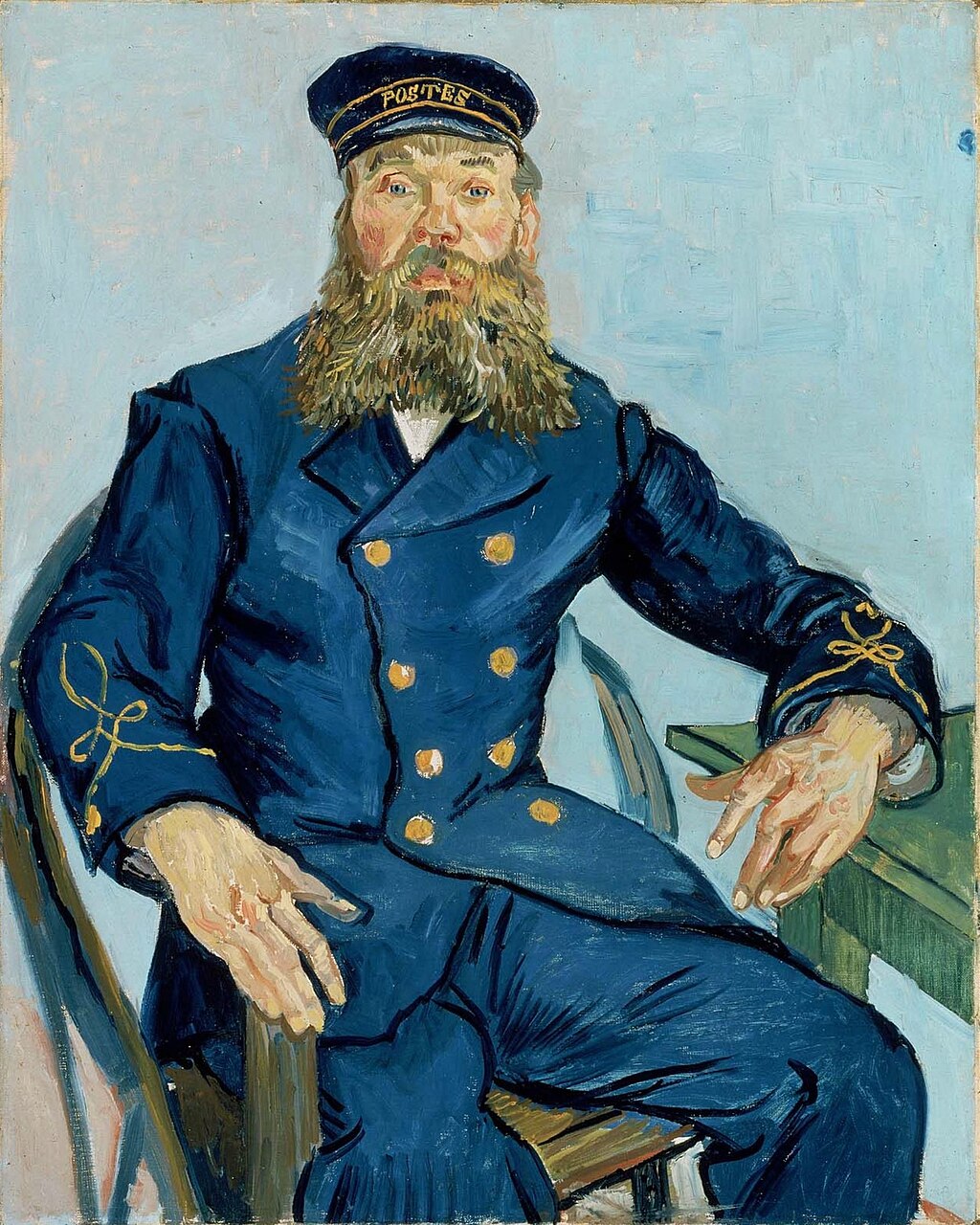 Postman Joseph Roulin, 1888 at the Museum of Fine Arts, Boston

In this painting, as in most of his art, Van Gogh used his imagination, colors, and themes artistically and creatively to evoke desired emotions from the audience. Van Gogh and Joseph Roulin became good friends and drinking companions.

Van Gogh compared Roulin to Socrates on many occasions. He found him Roulin be “such a good soul and so wise and so full of feeling and so trustful.” 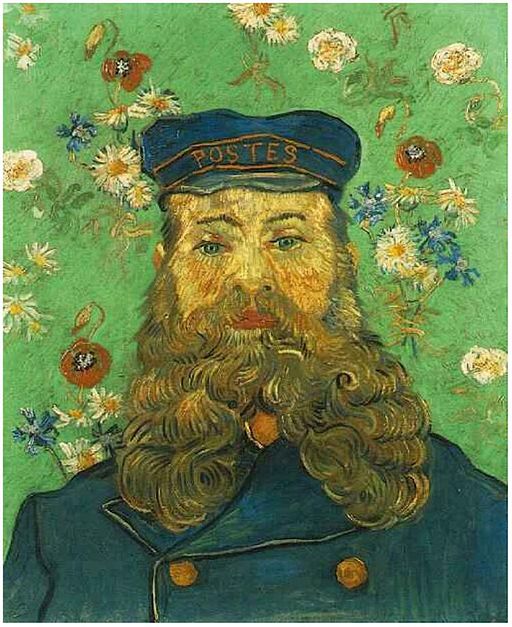 Portrait of Joseph Roulin, 1889 at the Kröller-Müller Museum

Van Gogh said of his pictures:

“the only thing in painting that excites me to the depths of my soul,
and which makes me feel the infinite more than anything else.”

“in a picture, I want to say something comforting as music is comforting.
I want to paint men and women with that something of the eternal which the halo used to symbolize,
and which we seek to communicate by the actual radiance
and vibration of our coloring.”

Van Gogh shared these prints with his contemporaries and organized a Japanese print exhibition in Paris in 1887. One version of Van Gogh’s Portrait of Pere Tanguy (1887) featured a backdrop of Japanese prints.

Vincent Willem van Gogh is among the most famous and influential figures in the history of Western Art. Van Gogh was unsuccessful during his lifetime and was considered a madman and a failure.

He created about 2,100 artworks, including around 860 oil paintings, most of them in the last two years of his life. They were characterized by bold colors and dramatic, impulsive, and expressive brushwork that contributed to modern art’s foundations.

Portrait of the Postman Joseph Roulin