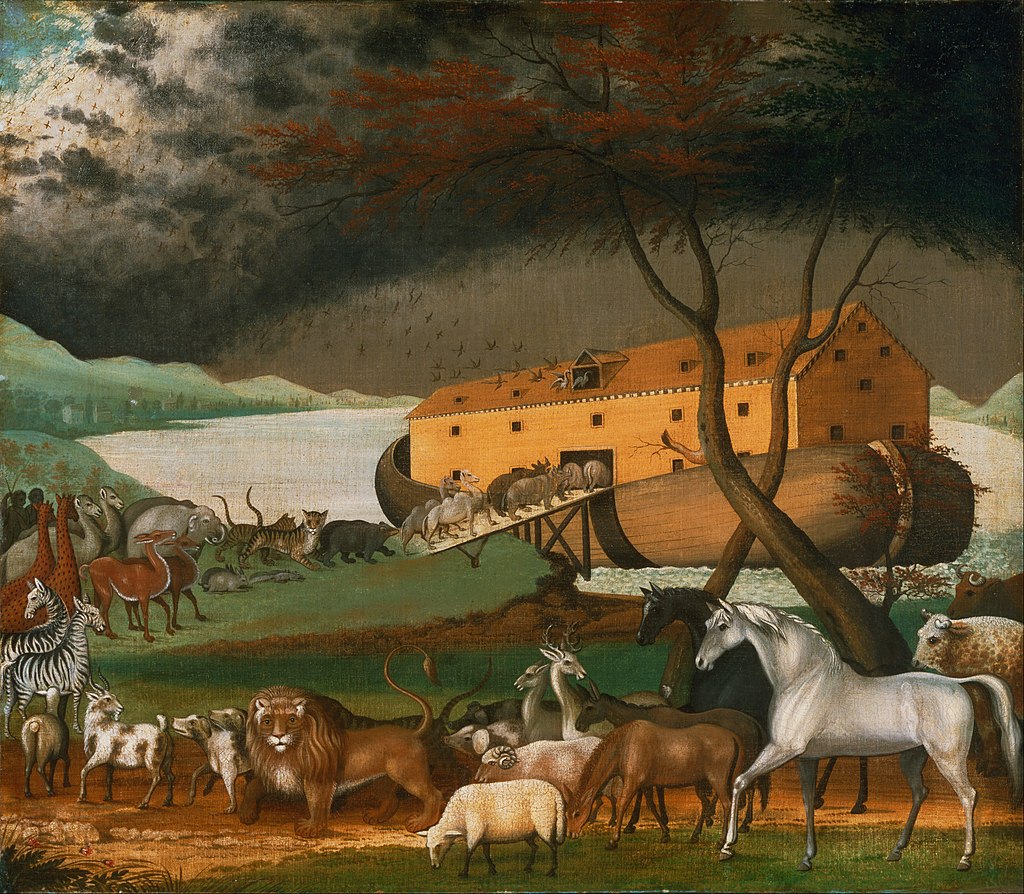 The artist was a Quaker minister who had reconciled his passion for painting with his Quaker ideas of simplicity and plainness. He mainly painted landscapes, history, and religious art for his family and friends in Pennsylvania.

He did not paint portraits or other symbols of self-indulgence, which were not consistent with his religious beliefs.

The animals that Hicks depicted in this painting resemble the style he used in his earlier representations of his favorite biblical subject, Isaiah’s prophecy of “The Peaceable Kingdom.”

The cooperative animals express Hicks’s Quaker belief in humanity’s ability to live together harmoniously with nature.

Calmness and peace, rather than action, characterize Hicks’ compositions. Many of the shapes and forms in his work appear to be organic, flowing, and soft.

One must pay close attention to the gestures of animals in his paintings to derive meaning. Hicks uses small detail variations as a way to encourage viewers to pay attention to content because they are deliberate and purposeful.

As the popularity of folk art emerged in the early 20th century, Hicks’s works were popularized and became the focus of art historian’s attention. Edward Hicks became a Quaker icon because of his paintings.

“Make for yourself an ark of gopher wood; you shall make the ark with rooms, and shall cover it inside and out with pitch.”
– Genesis 6:14