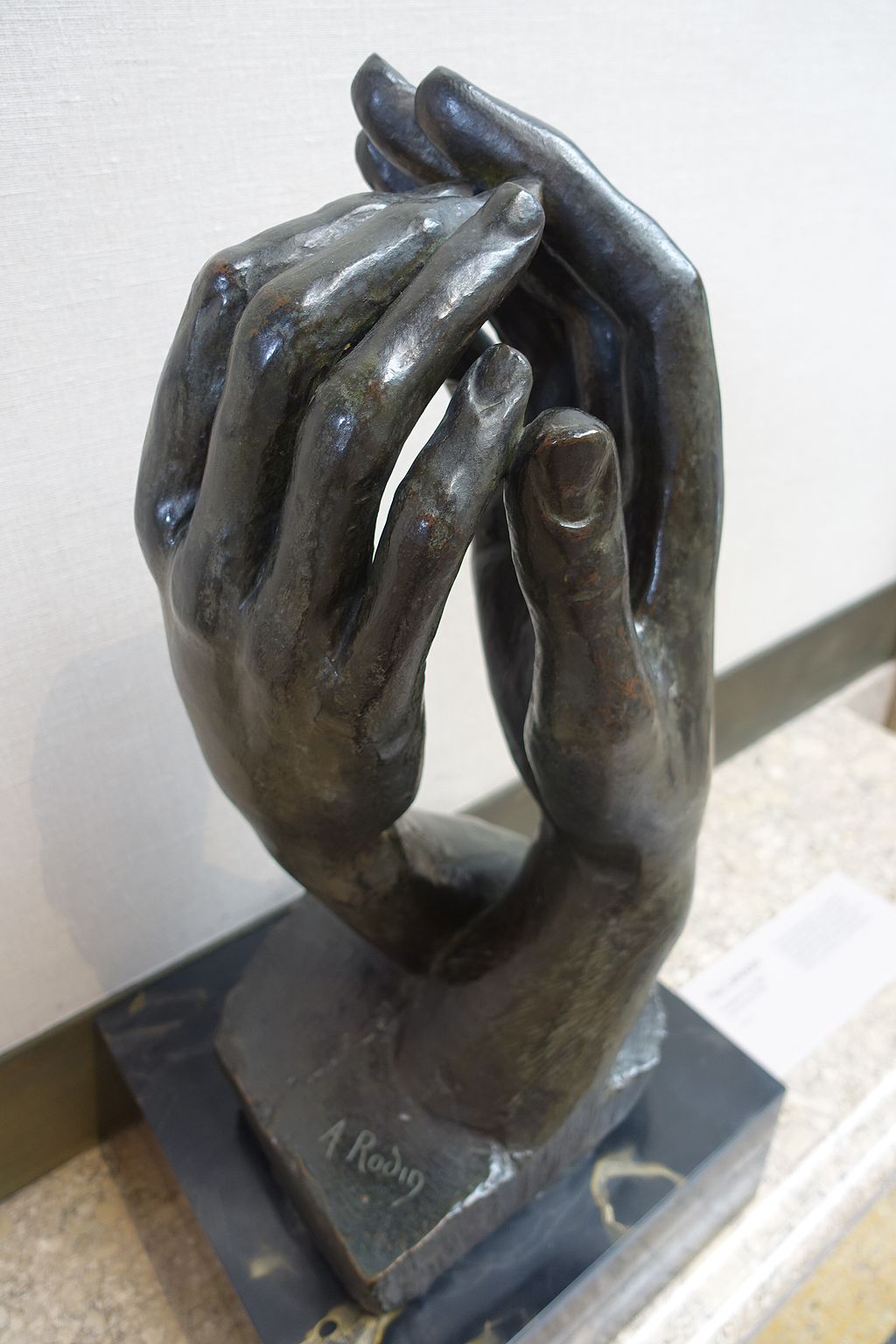 “The Cathedral” by Auguste Rodin

“The Cathedral” was modeled by Auguste Rodin and depicts two right hands whose fingers are about to touch. The sculpture creates an intimate space between the hands.

The “Cathedral” was reproduced many times by Rodin. In stone and bronze and every time one element stayed the same, the sculpture is made up of two right hands, each belonging to two different individuals.

This masterpiece was entitled “The Ark of the Covenant” before being named “The Cathedral.” In the “Two Hands” plaster version, there is an inscribed “Hands of Rodin and Rose Beuret,” which suggests that these hands are the hands of Rodin, the sculptor, and his lover.

Parallels have been made between the inner space that emanates from this sculpture and Gothic architecture. The emptiness was an essential element of Rodin’s composition. Rainer Maria Rilke pointed out that:

“The role of air had always been extremely important.”

Rodin also felt an “intense passion for the expression of the human hands.” During his career, he modeled thousands of hands as small clay studies.

For Rodin, the hand and the interplay of hands within groups of figures were expressive components of his sculptures.

Rodin imbued hands with a range of emotions, from anger and despair to compassion and kindness.

He kept many hand clay studies in his studio, where he would contemplate them as sculptural forms in space. 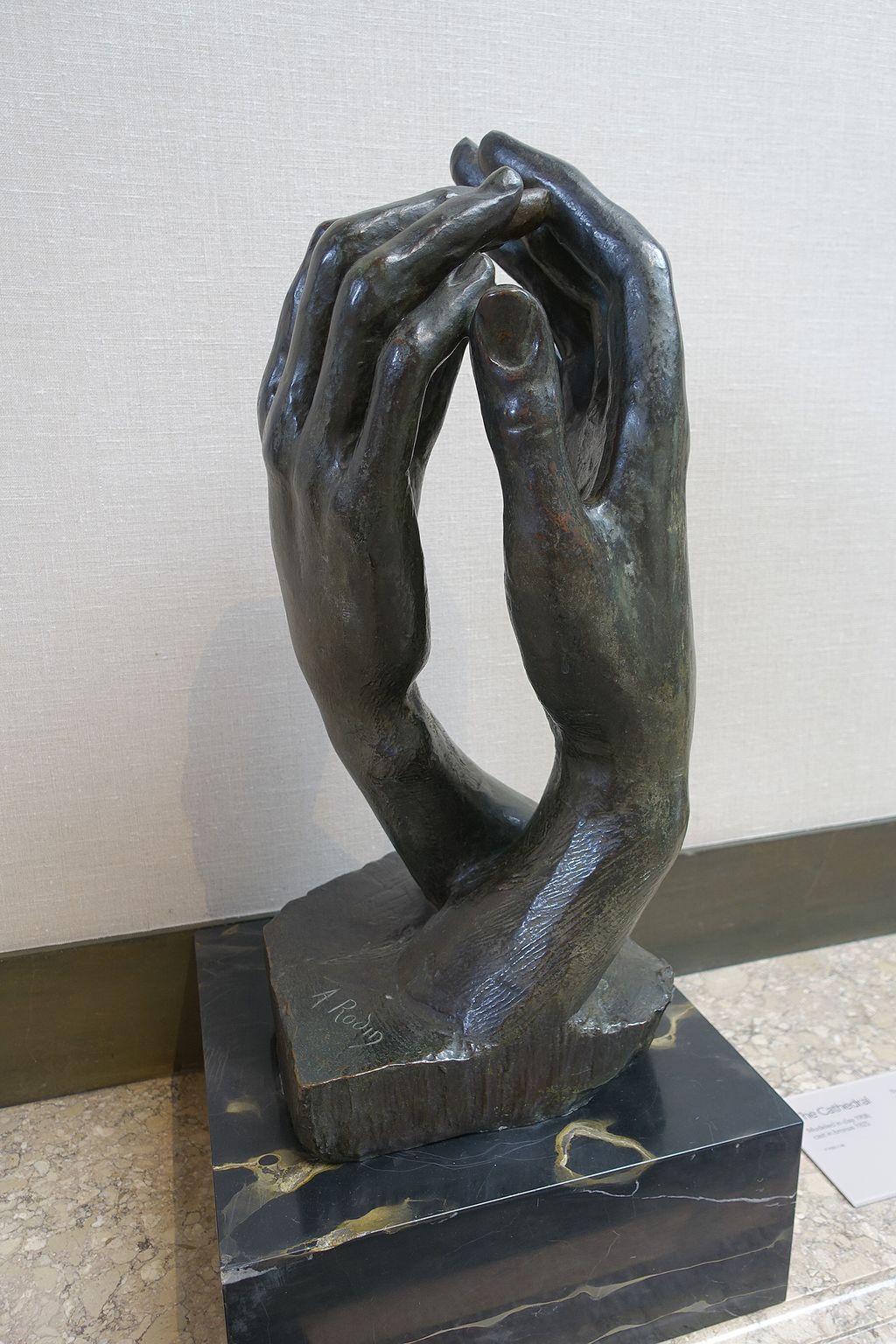 This approach reinforced Rodin’s interest in the partial figure. He felt that representations of parts of the body, such as the hand, are not necessarily dependent upon a complete figure to convey meaning.

The Cathedral by Auguste Rodin

Auguste Rodin (1840 – 1917) is considered the father of modern sculpture; he possessed a unique ability to model a complex and deeply pocketed surface in clay.

Many of his most notable sculptures were criticized during his lifetime.

Rodin’s most original work departed from traditional themes of mythology and allegory, he modeled the human body with realism and with personal character and physicality.

THE CATHEDRAL by AUGUSTE RODIN

“The Cathedral” by Auguste Rodin

“The human body is first and foremost a mirror to the soul, and its greatest beauty comes from that.”
– Auguste Rodin