The Andy Warhol Museum is the largest art museum in America dedicated to a single artist. The museum holds an extensive collection of art and archives from Andy Warhol.

The museum is located, in the city of Andy Warhol’s birth, in Pittsburgh, Pennsylvania. It has seven floors, containing 17 galleries and features about 900 paintings.

The museum also sponsors multiple traveling exhibits that have attracted over 9 million visitors in over 153 venues worldwide.

New York’s Andy Warhol Foundation for the Visual Arts donated funds, artworks, and all Warhol films and video copyrights to the museum. 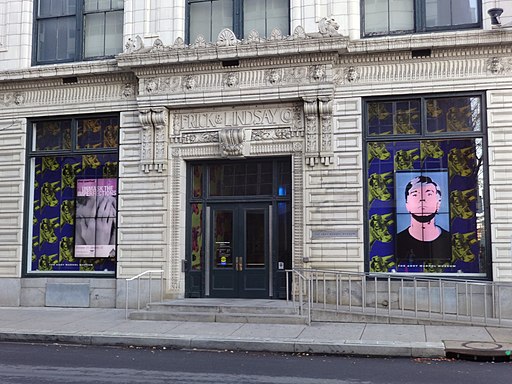 Highlights of the Andy Warhol Museum

Virtual Tour of the Museums in Pittsburgh

“Don’t pay any attention to what they write about you. Just measure it in inches.”

“Land really is the best art.”

“They always say time changes things, but you actually have to change them yourself.”

“People should fall in love with their eyes closed.”

“An artist is somebody who produces things that people don’t need to have.”

“Don’t pay any attention to what they write about you. Just measure it in inches.”

“Sex is the biggest nothing of all time.”

“They always say time changes things, but you actually have to change them yourself.”

“As soon as you stop wanting something, you get it.”

“I’m afraid that if you look at a thing long enough, it loses all of its meaning.”

“Everybody must have a fantasy.”

“The most exciting attractions are between two opposites that never meet.”

“I’m not afraid to die; I just don’t want to be there when it happens.”

“I want to die with my blue jeans on.”

“Every song has a memory; every song has the ability to make or break your heart, shut down the heart, and open the eyes. But I’m afraid if you look at a thing long enough; it loses all of its meaning.”

“Being born is like being kidnapped. And then sold into slavery.”

“Since people are going to be living longer and getting older, they’ll just have to learn how to be babies longer.”

“I just do art because I’m ugly, and there’s nothing else for me to do.”

“Everyone will be famous for 15 minutes.”

“A picture means I know where I was every minute. That’s why I take pictures. It’s a visual diary.”

“I wonder if it’s possible to have a love affair that lasts forever.”

“When I got my first television set, I stopped caring so much about having close relationships.”

“It does not matter how slowly you go so long as you do not stop.”

“Art is what you can get away with.”

“I am a deeply superficial person.”

“The idea of waiting for something makes it more exciting.”

“I’ve decided something: Commercial things really do stink. As soon as it becomes commercial for a mass market, it really stinks.”

“Art is what you can get away with.”
– Andy Warhol