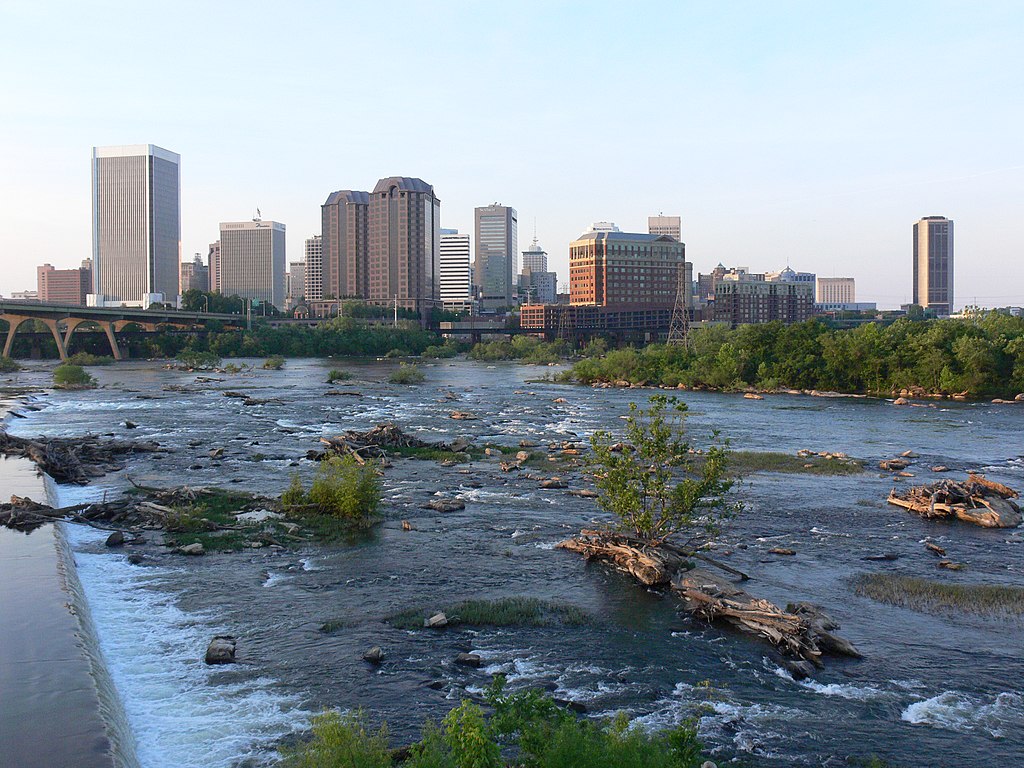 Richmond is the capital city of Virginia and was incorporated in 1742 and has been an independent city since 1871.

The site of Richmond had been an important village of the Powhatan Confederacy and was briefly settled by English colonists from Jamestown from 1609 to 1611.

The modern city of Richmond was founded in 1737, and during the Revolutionary War period, several notable events occurred in the city. During the American Civil War, Richmond was the capital of the Confederacy.

Today, Richmond’s economy is primarily driven by law, finance, and government, with federal, state, and local governmental agencies, as well as notable legal and banking firms.

The Virginia Historical Society and the Virginia Museum of Fine Arts, lending their name to what is sometimes called the Museum District.

Nearby is the Science Museum of Virginia, the Children’s Museum of Richmond, and the Virginia Center for Architecture.

Within the downtown are the Library of Virginia and the Valentine Richmond History Center. Other prominent museums include the Virginia Holocaust Museum and the Old Dominion Railway Museum.

Virginia is also the home to many monuments and memorials, most notably those along Monument Avenue.