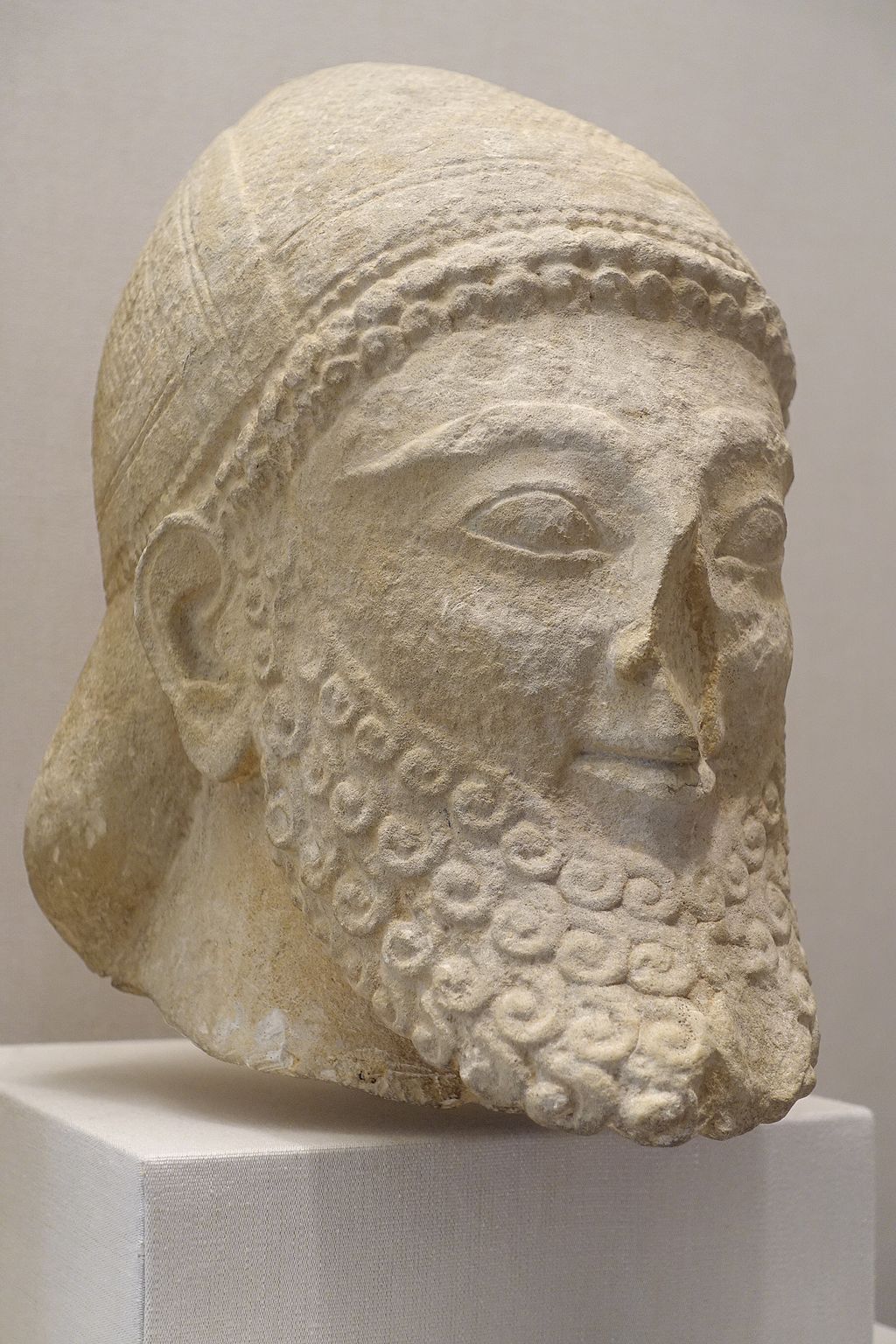 “Head of Bearded Man” is a limestone sculpture created over 2500 years ago in Cyprus. It is an almost life-sized depiction of a male head, wearing a pointed cap.

The beard is rendered as four rows of stylized coils, and the brow is sculptured as two smaller rows of spiral curls, framing the face. The eyebrows are arched and full, the eyes convex with a caruncle with eyelids.

Cyprus, in the northeastern corner of the Mediterranean Sea and is the third-largest island in this region of the ancient world, after Sicily and Sardinia. Its unique culture dates from 9000 B.C., when the first permanent settlers arrived from southern Anatolia or the Syro-Palestinian coast, bringing with them an already developed culture. Since then, Cypriot Art demonstrates and emphasizes the Cypriot amalgam of indigenous traditions plus artistic and cultural elements assimilated from the ancient Assyrians, Egyptians, Persians, Greeks, and Romans who all influenced the island’s culture and art.

A Tour of The Legion of Honor

“To you, the clever and crafty, bitter beyond all bitterness, who has sinned against the gods in bestowing honors upon creatures of a day–to you, thief of fire, I speak.”
– (Hermes addresses Prometheus) Aeschylus