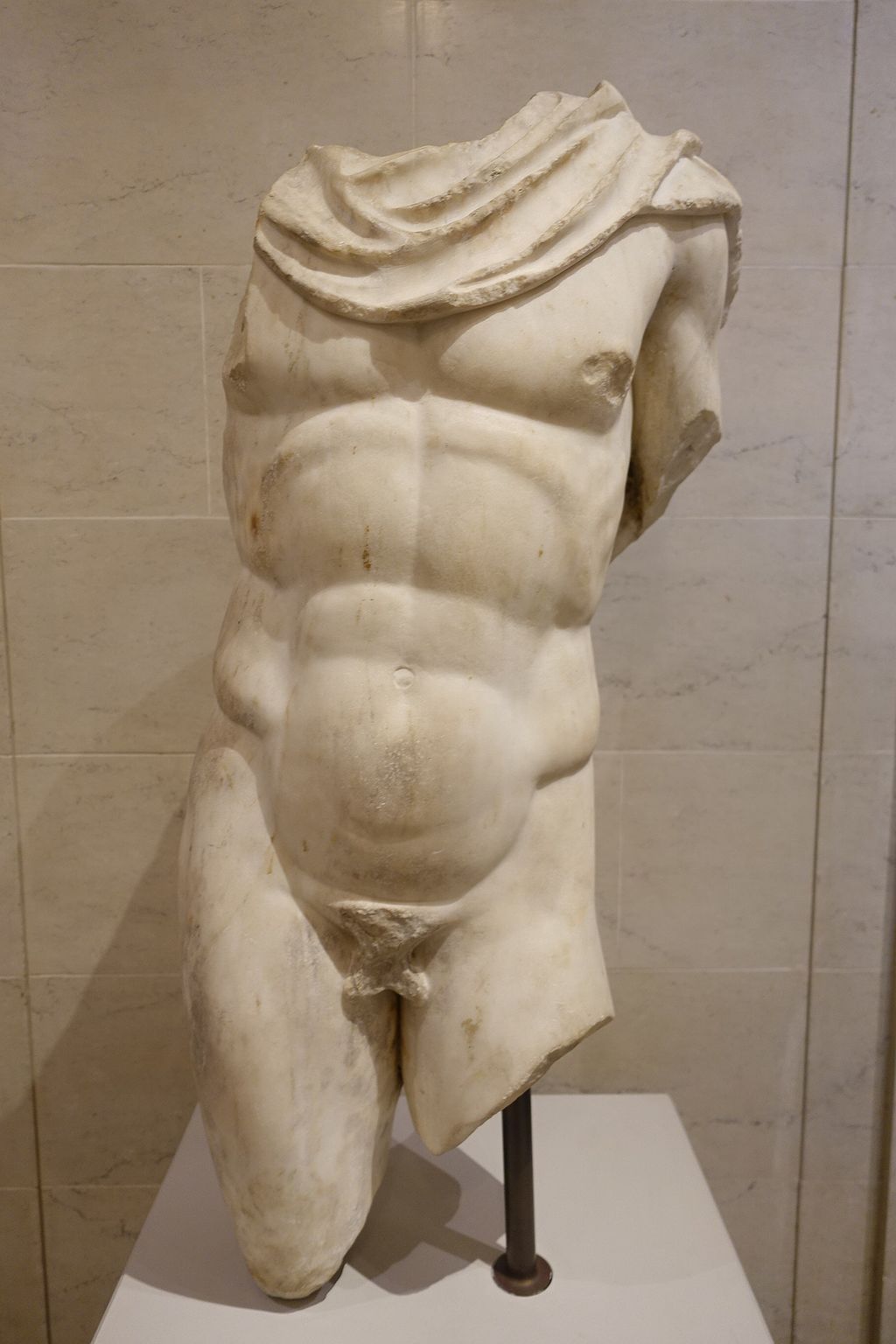 The Torso of Hermes, after Polykleitos, is a Roman marble sculpture of a torso, larger than life-size, derived from an earlier Greek statue by the Greek sculptor Polykleitos (490–425 BC). Polykleitos was an ancient Greek sculptor in bronze of the 5th century BCE. His Greek name Πολύκλειτος meant “much-renowned”. He is sometimes called the Elder, to distinguish him from his son, who was mainly an architect as well as a sculptor.

Polykleitos was the first Greek sculptor to emphasize the muscular body of the athlete. He establishing the ideal proportions of the male body that was greatly admired and imitated.

This statue of Hermes, shows the god standing in a style invented by Polykleitos, with the weight resting on the right leg, the left leg flexed. The demarcation of the planes of the body and the symmetry of the design were hallmarks of his style.

Hermes is an Olympian god in Greek religion and mythology, the son of Zeus. Hermes is considered a god of transitions and boundaries moving freely between the worlds of the mortal and divine. As an emissary and messenger of the gods, he is the conductor of souls into the afterlife.

Other Masterpieces of The Legion of Honor include:

“To you, the clever and crafty,
bitter beyond all bitterness,
who have sinned against the gods in bestowing honours upon creatures of a day–to you, thief of fire, I speak.”
– (Hermes addresses Prometheus) Aeschylus