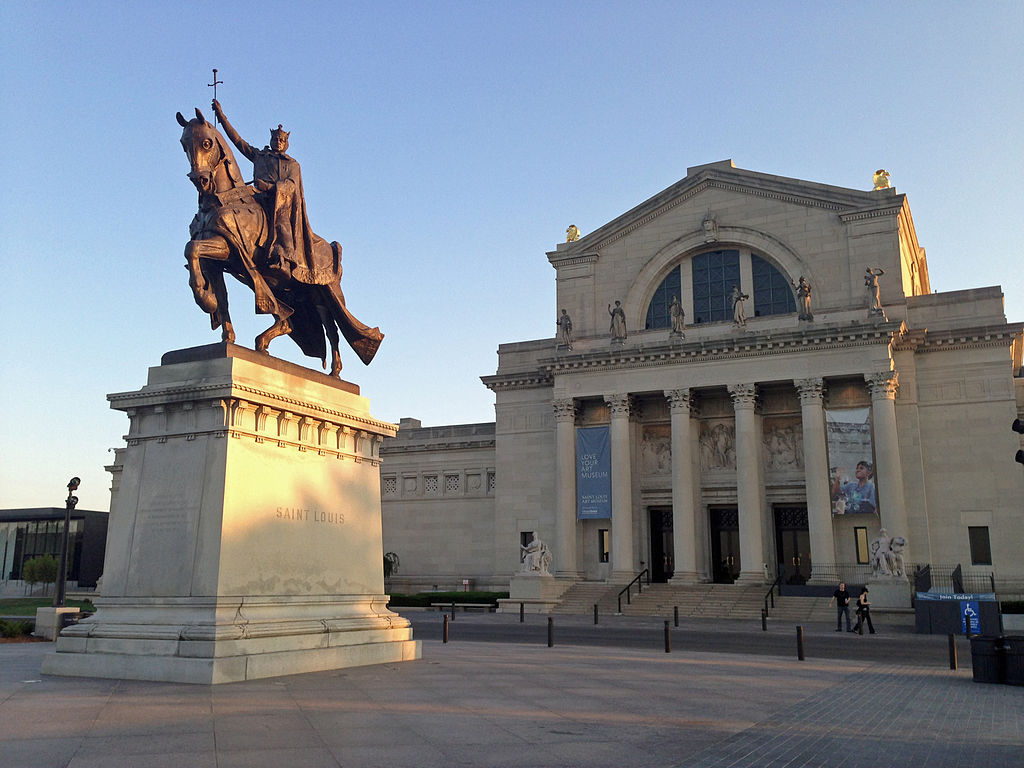 The Saint Louis Art Museum is an art museum with paintings, sculptures, cultural objects, and ancient masterpieces from all across the world.

The museum was founded in 1879 as the Saint Louis School and Museum of Fine Arts and moved after the 1904 World’s Fair to the Palace of Fine Arts, built for the World’s Fair.

An expanded facility opened in 2013 and today, the museum’s collection over 30,000 artworks dating from antiquity to the present.

A Virtual Tour of the Saint Louis Art Museum

The museum’s collection includes art from the following categories:

“The Verdict of the People” by George Caleb Bingham

“The Verdict of the People” by George Caleb Bingham is the last painting of Bingham’s Election Series. This painting depicts the end of the story represented in the series by showing the climax of the electoral process and the announcement of the election results.

Bingham depicts a densely crowded scene conveying the diversity of the voting populace in detail. Bingham also references the political issues of slavery, temperance, and a representative government, subjects that were of local and national relevance.

During the early 1850s, the temperance movement was growing, and more states were abolishing alcohol. A popular book at the time associated the cause of anti-slavery to that of temperance.

“The County Election” by George Caleb Bingham is the first painting he made for his Election Series showing the voting process in Missouri.

This painting depicts men from different social classes lining up the stairs to vote. A banner displays the words, “The Will of the People” and “The Supreme Law,” a credo that had significant meaning for George Caleb Bingham.

Bingham believed that every man should have the right to vote because the will of the people should be the supreme law.

Bingham chose to depict the scene outside in the open rather than behind the curtains of the government to represent universal suffrage. Bingham believed that people had a right to share their ideas.

“Stump Speaking” by George Caleb Bingham is the second painting in the artist’s Election Series showing the voting process in Missouri. This painting depicts a politician attempting to persuade the audience to vote in his favor.

Bingham depicted three key figures that stand out because of their bright white clothing. The three figures symbolized Bingham’s views of “the past,” “the present,” and “the future” of American politics.

Firstly the “Outstanding Citizen” who is sitting man opposite of the Speaker with the larger wite tophat. Bingham’s sketch refers to this figure as representing “the past” as the man’s sharp edges, and fine clothes show how he is unwilling to bend his beliefs.

The “Stump Speaker” has softer curves that represent “the present” of American politics, in which the figure is swaying the assembled crowd by bending to the people’s desires, shown by the curving arm that is outstretched to the audience.

“Self-Portrait of the Artist” by George Caleb Bingham

“Self-Portrait of the Artist” by George Caleb Bingham depicts the American artist, soldier, and politician who lived 1811 to 1879.

He was elected as a delegate to the Missouri legislature before the American Civil War, where he fought the extension of slavery westward.

The drawing has a unique life and energy created by the reed pen and by the tiered-patterned strokes reflecting the influence of Japanese prints. The Pointillist dotted sky accentuates the clouds.

Whitecaps are evoked by the vertical lines and horizontal lines portray the calmer sea in the distance.

Tour of the Museums in St. Louis