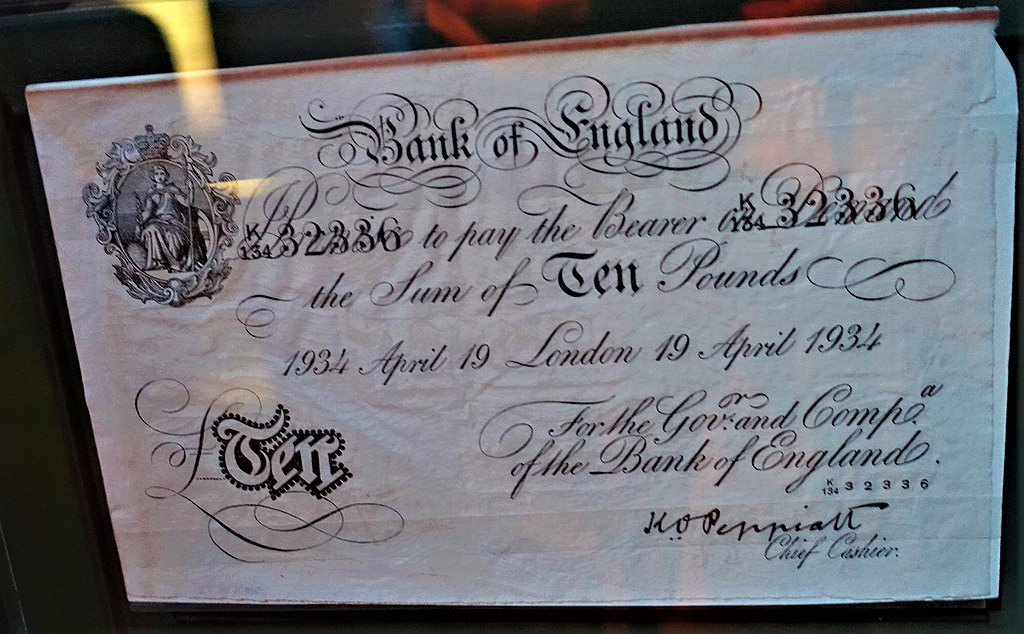 This Ten Pound Forged British Bank Note was part of Operation Bernhard, which was run by Nazi Germany to forge British banknotes during the Second World War.

The initial plan was conceived was to drop the bills over Britain to bring about a collapse of the British economy.

The aim of the operation was later changed to forging money to finance German intelligence operations. Estimates vary of the number and value of notes printed, from £130 million up to £300 million.

The counterfeit money was laundered in exchange for cash and used to pay the foreign agents.

The operation successfully duplicated the rag paper used by the British, produced near-identical engraving blocks, and deduced the algorithm used to create the alpha-numeric serial code on each note.

Most of the Forged British Bank Notes were destroyed at the end of the war, but enough went into general circulation that the Bank of England issued a new design after the war.