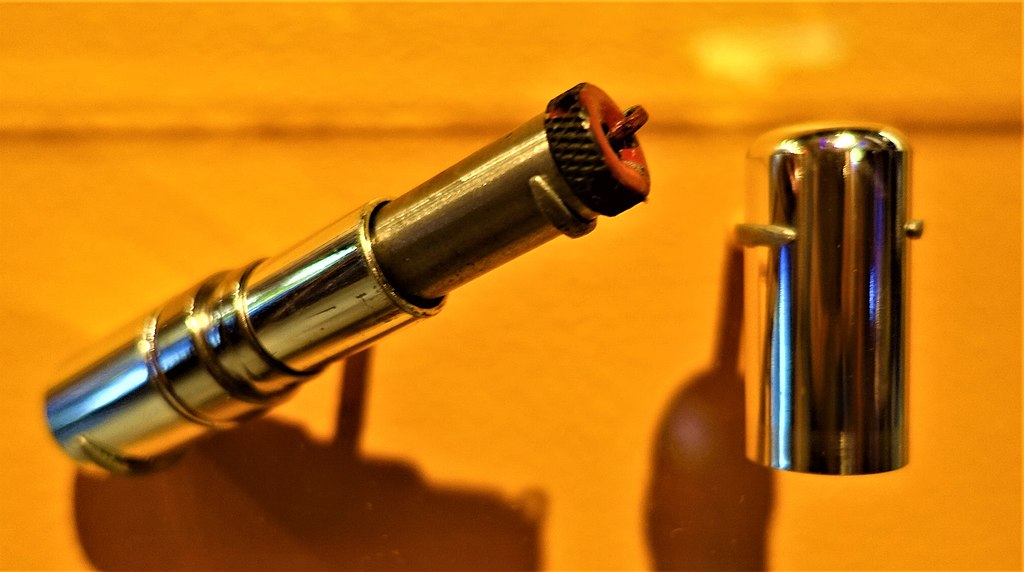 The Kiss of Death, Lipstick Pistol, was a weapon issued by the KGB during the Cold War. It was a single shot 4.5 mm pistol hidden inside a lipstick holder. It was discovered in West Berlin at an American checkpoint.

This weapon was issued by the KGB about 1965. The KGB was the security agency for the Soviet Union from 1954 until 1991. Its chief functions were foreign intelligence, counterintelligence, guarding the borders, and the leadership of the Soviet Government as well as combating anti-Soviet activities.

The KGB reached the height of its reputation during the Cold War. After the dissolution of the USSR, the KGB was split into the Federal Security Service and the Foreign Intelligence Service of the Russian Federation.

This weapon was designed during the Cold War, which was a state of political tension from 1947 to 1991 between the Soviet Union and its satellite states and the United States, its NATO allies. The term “cold” is used because there was no large-scale fighting directly between the two sides, but they each supported regional wars or proxy wars.

During the Cold War, both sides conducted long-term Spy operations. Although most spies were unarmed, some missions required the use of lethal weapons for emergencies or assassinations.